Home » health » 5G network – what is it, why do we need it and can it harm us?
healthsustainable developmenttechnology

The rapid development of wireless data transmission services, powered by mobile internet and smart devices, intensified searching for more efficient technology. Therefore, the 5G network was created as the fifth generation of wireless technology – a response to our growing requirements. However, as it usually happens with new, previously unknown technologies, 5G raises a lot of emotions and gains a wide range of opponents. Is there anything to be afraid of? Social excitement, which largely boils down to a single, loud, but somewhat missed study [1] (which is often a source of controversy; a similar situation happened with vaccines) seems unfounded. At least, if we see no problem in current technologies and use mobile phones without fear. What is really the demonized 5G network and how does it affect our health?

A new standard in the telecommunication network

Let’s start from the basics. What is this whole telecommunication network? In functional simplification, it is a structure basing on the so-called base stations (BTS) whose antennas generate electromagnetic waves. Their frequency in the current 4G standard ranges from 800 Hz to 2.6 GHz. These waves are sent two-way (from and to the exchange) and duplicated, so that we can call and use the Internet from almost anywhere. 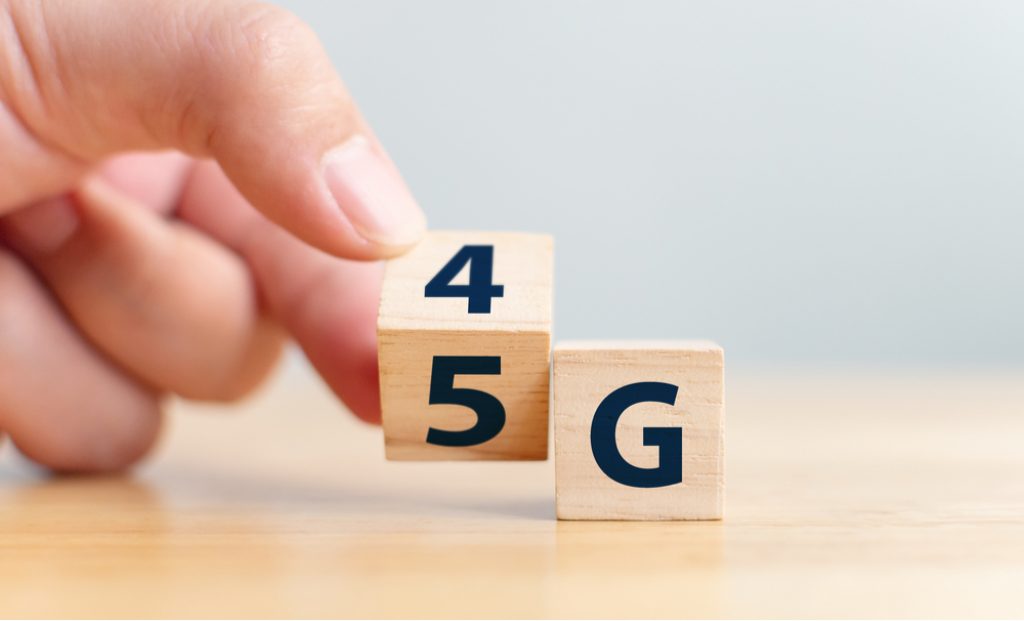 The main difference between 4G used today and its new substitute is the frequency of emitted electromagnetic waves. Ultimately, 5G will operate at frequencies around 86 GHz [2]. However, this is the maximum value and only one of many possibilities. This network can – and for the most part probably will – operate on different, much lower frequencies, depending on the needs and advancement of the infrastructure. The higher the value, the better the network capacity (the number of connected devices) and the speed of data transfer, but also the greater the interference associated with barriers difficult to overcome (buildings, trees, and even rain). In practice, this means that if 5G is to be functional and guarantee new quality, the antenna network will have to be significantly denser.

Radiations are not equal

Electromagnetic waves are a broad concept that includes both radio, infrared radiation (i.e. simply heat) and harmful gamma rays. It is therefore impossible to state unequivocally that electromagnetic waves are harmful to humans [3]. Much more important issue is the so-called ionization, i.e., among other things, the ability to break down chemical bonds (which can have health consequences). The frequencies, even the highest, on which 5G is to operate, are non-ionizing radiation. Therefore, 5G waves are still too low in frequency to carry out such harmful processes.

The frequency of the new electromagnetic waves should not, therefore, be a cause of concern in itself. We have been using devices with higher frequencies for years, and 5G is not innovative in this respect. The wifi network, some scientific equipment and even police radars often work at a frequency higher than the maximum 5G anticipated for use in Poland in the coming years (26 GHz) [2]. It is also worth noting that if higher frequency waves have a bigger problem with penetrating small barriers, it is also more difficult for them to penetrate through human skin.

The effects that 5G waves can have on our body (except for thermal ones, such as slightly raising the temperature of the scalp during a telephone conversation) have not been associated with any real health risk or changes in the body [4]. Arguments about the harmfulness of 5G are usually, as it turns out, not very reliable [5]. Although different voices appear in the media space, most scientists say that it is also not possible for electromagnetic waves of this frequency to reduce immunity and increase sensitivity to pathogens [6]. 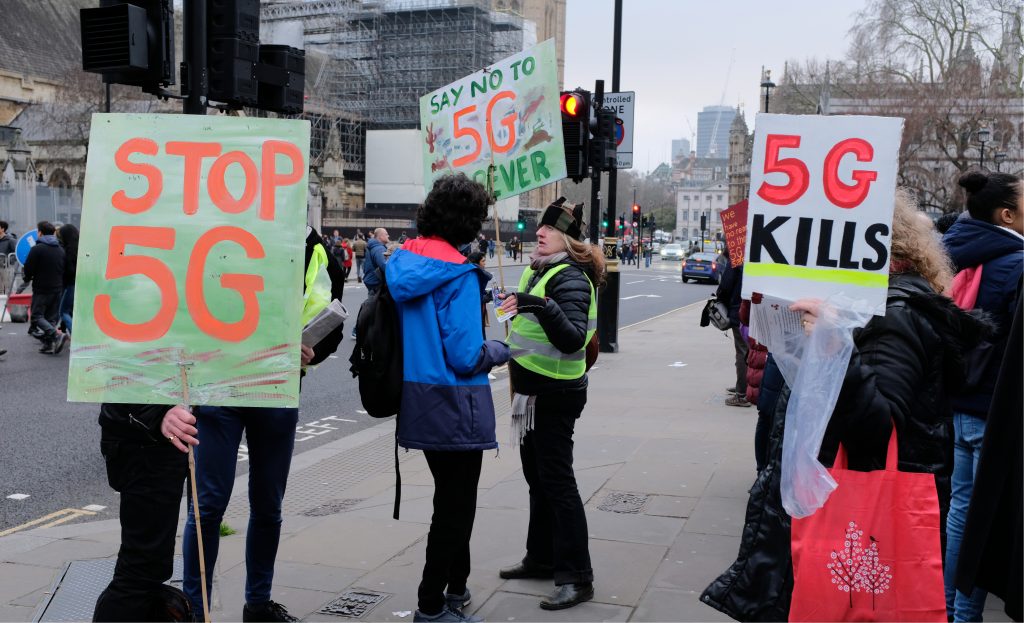 However, many people refer to WHO’s classification of cell phone radiation as a “potentially carcinogenic” factor. Although the authors of the classification themselves admit that none of the studies carried out indicates any adverse health effects of using mobile phones, there is no certainty as to their carcinogenicity [7]. However, electromagnetic radiation associated with the use of telephones has never been confirmed to increase the risk of developing a brain tumor (such as glioma or meningioma).

Still, the use of cell phones is increasing dramatically. This, as well as the lack of data on the effects of using them for more than 15 years, means that no definite conclusions can be drawn. That is why electromagnetic radiation is classified as potentially carcinogenic (group 2B). This category is used when the causal relationship is considered reliable but cannot be confirmed with sufficient certainty [7]. The same category applies for, for example, coffee.

Many people distrustful of the new technology pay attention to another 5G problem. We have already mentioned that due to the specificity of 5G electromagnetic waves, the antenna network will have to be much more dense than in the case of 4G technology. This causes fear of increased exposure to unknown radiation and associated consequences. 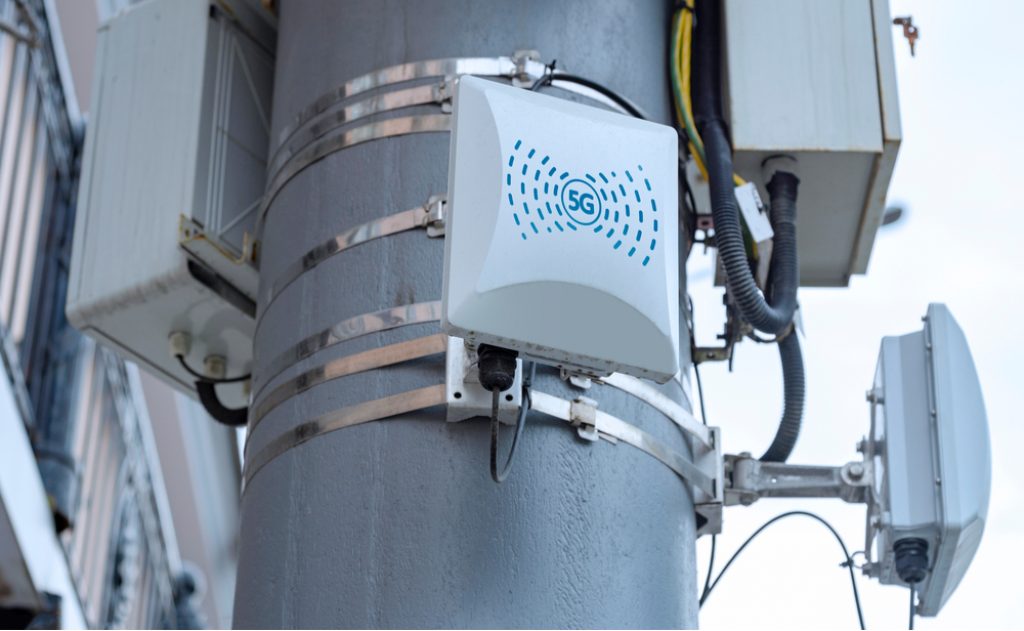 Apart from the implications of this technology for health, which we discussed earlier, the very arrangement of antennas also raises more emotions than it should. Yes, there will be more small 5G wave relays, but the signal will be sent in the form of a beam, less diffused than in the case of current technologies. In practice, this will allow to focus signals more effectively towards the device being used, instead of distributing the signal in many directions, as is the case in current antennas [8]. 5G electromagnetic radiation is therefore less “ubiquitous”.

What does 5G network mean for the environment?

Since the 5G network has become a real solution, not just speculation of the distant future, from time to time there are people concerned about the good of nature. Especially when we talk about birds and bees. Indeed, some species probably don’t get well with wireless networks.

There are studies that suggest that the presence of electromagnetic radiation may, for example, reduce fertility or disturb the development of chicks in storks, or change the behavior of sparrows [9]. Such waves can also affect other animals. They can disturb the behavior of rats and bats, cause anomalies in the development of amphibians and make it difficult for insects to find their way [9]. Most of these studies, however, do not specify a clear cause and effect relationship, but only indicate a potential culprit. The authors themselves pay attention to the fact that there is little data – therefore it is certainly an area that should be looked at with increased attention. 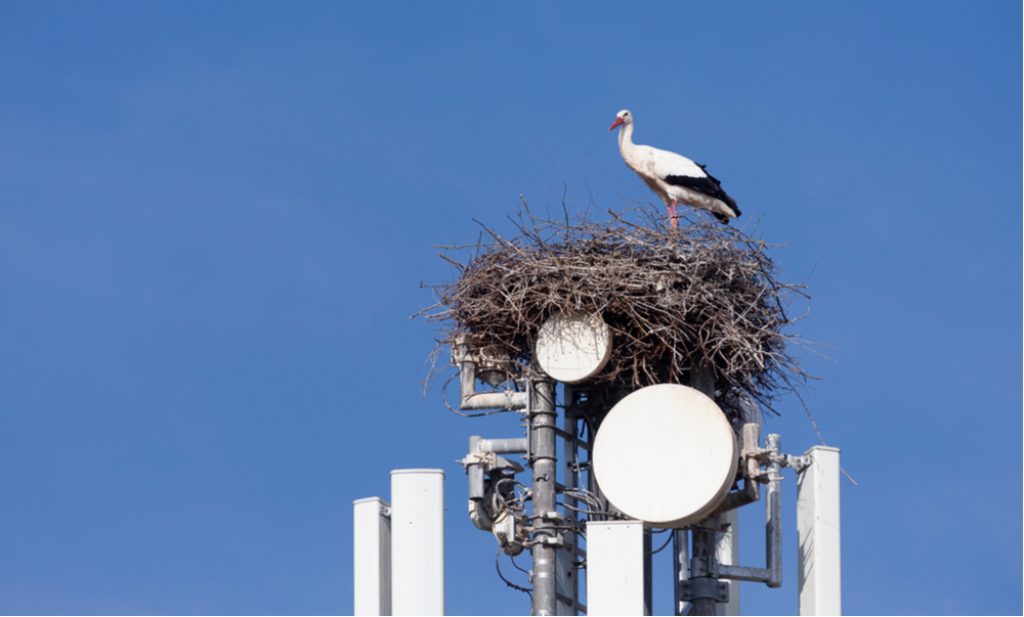 However, there is no reason to say that the mass deaths of birds and bees, whose photos circulate from time to time in the media, are 5G’s fault. It is much more likely that illnesses or some farming practices are to blame in this case. In addition, the above research does not apply directly to 5G, but to cellular networks in general. Considering the fact that 5G electromagnetic field beams will be less dispersed and less penetrating tissues, their impact may be smaller. Unfortunately, however, research in this area is casual or nonexistent (which is a huge negligence).

What benefits can a 5G network bring?

However, a 5G network can bring a lot of benefits. Benefits direct for people and indirect for the rest of the living nature. Improving bandwidth, network performance, download speeds and an overall increase in the quality of functioning in the world of technology and the Internet, is just the beginning.

One of the main areas that the application of 5G technology is believed to be beneficial, are smart cities. Efficient, fast and effective digitization of offices is probably the dream of every inhabitant of a large city (and thousands of trees from which paper is obtained). However, this is not all. A more efficient network will allow more efficient operation of mobile applications facilitating the functioning in the city, transmitting data, e.g. about real-time traffic. The 5G network can improve health care (via e-health, and maybe even remote operations in the future). It will also allow for better monitoring and optimization of energy consumption, or effective lighting control throughout the city so as to minimize energy costs and light pollution. The 5G network will also enable the rapid development of greener autonomous vehicles, since complex computers will no longer have to be installed on board and will easily remain in the cloud.

The Internet of Things (IoT) and artificial intelligence seem to be the future of human development and environmental protection. Starting from remote ocean clearing (and not only), through intelligent agriculture and hydroponics, to the protection of endangered species. 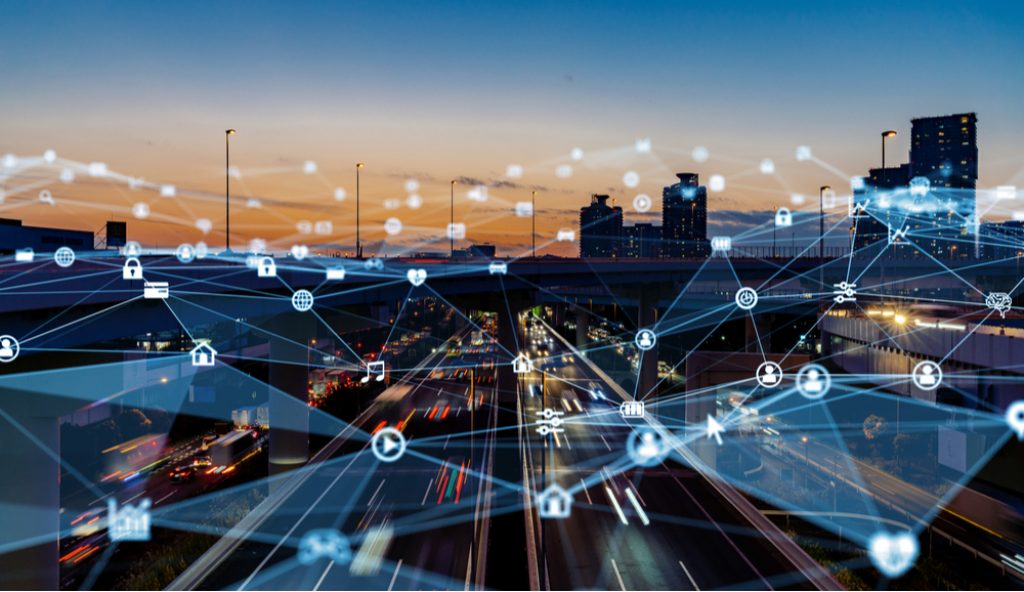 Of course, from time to time studies appear that indicate the potential undesirable health effects of non-ionizing electromagnetic radiation. We cannot be absolutely sure that they do not occur. Nevertheless, scientific consensus, at least at the moment, is skeptical of the harmfulness of mobile phones. It seems that the concerns about the new 5G network are unjustified – at least not more than about the technologies used so far. Current knowledge shows that the higher frequency waves probably provide more opportunities than real threats. Of course, this is a new technology and its impact on nature, including man, requires further intensive research.