The problem with plastic, mainly produced by international businesses in hundereds of tons a year, and to which we are consumers, can no longer be swept under the carpet (in this case, rather scattered on the surface of the Earth). Coca-Cola alone produces 100 billion plastic bottles or 3 million tons of plastic per year [1], [2]. However, as James Quincey, president of Coca-Cola, firmly declares, the company is an ally in the fight against plastic waste, because it recycles its own bottles and invests in alternatives (although he does not plan to give up plastic itself [2]). Coca-Cola and other international companies are eager to boast of investing in bioplastic and paper packaging and being involved in environmentally sustainable activities. Do such activities and materials really have a chance to change the situation for better? To what extent is this about concern for the environment and to what extent is this a marketing strategy?

Sustainable packaging does not exist

At the beginning it is worth noting that completely emission-free and 100% environmentally friendly packaging simply does not exist. They can be, at most, more (but never completely) sustainable. Each package, even if collected from a renewable source and ultimately biodegradable, requires obtaining raw material and energy expenditure related to it, as well as energy needed for production and transport between all stages of production. 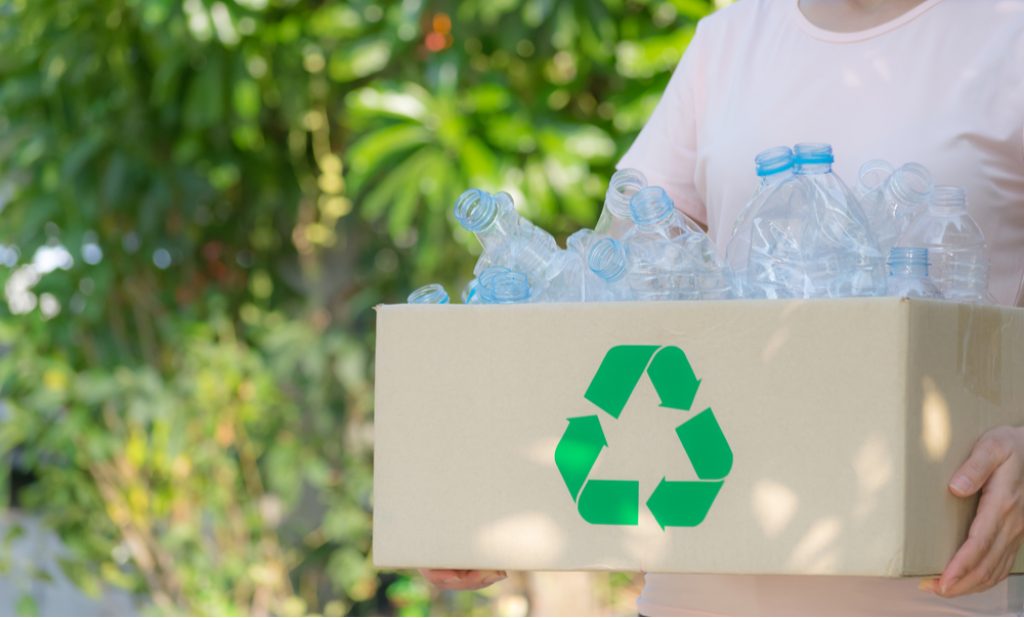 We can, of course, make environmentally conscious consumer choices, but we must bear in mind that they will never be completely free of the burden on our planet. Most of us, however, do not want to give up the achievements of civilization and the comfort that we have achieved alongside them. We must therefore look for alternatives that are less harmful – for example, try to replace plastic bottles with bioplastic and paper packaging.

Carlsberg and beer in a paper bottle

“Probably the best”, and certainly one of the largest breweries in the world, Carlsberg, has been trying to reduce its ecological footprint for several years. The solution proposed by the concern for 4-, 6- and 8-packs of “snap pack” beer was to reduce plastic consumption by 76% compared to traditional packaging. The project, however, had its premiere two years ago, and the product on store shelves is still missing. 1,200 tons of plastic per year, which was to be saved thanks to the new solution, still wraps Carlsberg multipacks.

No wonder, such projects usually take some time. Especially if the company does not want to settle for half measures. Another very loud initiative of the brewery is the idea of ​​pouring beer into paper bottles. This type of packaging would be made of wood fiber obtained in a sustainable way (whatever is hidden under such statement) and completely recyclable. The idea sounds good – but what for? Wouldn’t it be better to step up efforts and improve the recycling for glass bottles?

Paper bottle community, or international giants in the line for paper packaging

Certainly, lighter material means slightly less fuel, and therefore less emissions from transport. Here, however, it should be taken into account that the fiber for new paper bottle is to be obtained from the Nordic countries. Unlike glass, which can be recycled and produced locally, paper bottles extend the supply chain and increase transport-related emissions. It is also surprising that the company has opted for wood fiber – after all, we have much more sustainable sources, such as hemp. 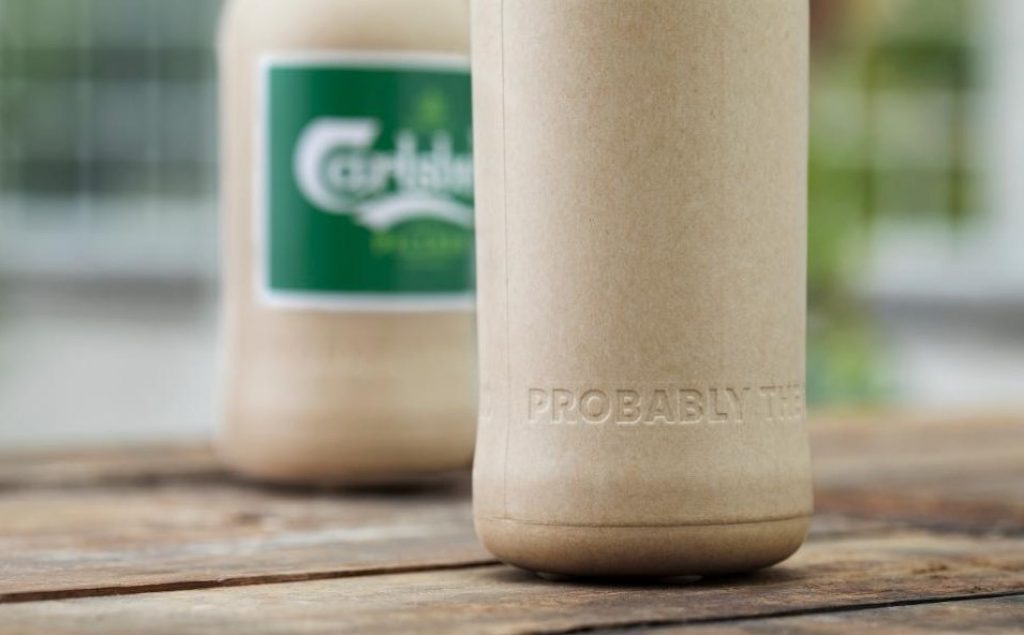 Such paper bottles offered by Paboco, if “utilized” in the forest or river, will certainly decompose faster than glass, and the raw material for production is renewable in the long run. Such arguments were enough for Coca-Cola, L’Oreal and Absolut to join the Paper Bottle Community, or investors of paper bottles, alongside Carlsberg [3]. The originators say that thanks to the support of giants, they will be able to refine their product faster and introduce it into mass production. However, several years have passed since the project was initiated, and a wide range of experts still did not show the final product.

Perhaps the problem is that such paper bottles must be resistant to moisture. Therefore, for now, the interior of the prototypes is covered with a thin layer of PET plastic or a new plant plastic PEF, created by Avantium.

PEF, or polyethylene furanate, is a vegetable alternative to plastic based on fossil fuels. It is promising because it has better properties than its synthetic counterpart, while being 100% recyclable. Unfortunately, plastic packagings are recycled in is a small percentage – so there is little chance that we would recycle PEF bottles with greater enthusiasm. The originators also do not inform how long such a material decomposes and whether it disintegrates into a microplastic particles. 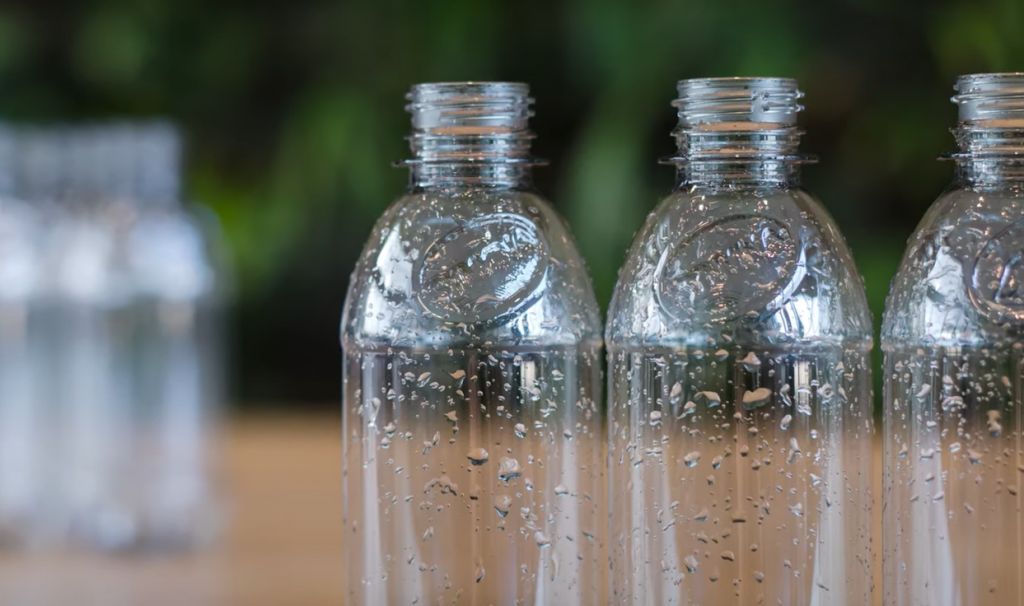 Of course, various types of bioplastics exist and have been produced on a small scale for years. So why would the idea of ​​Avantium change anything? Because Coca-Cola has invested in it. Next is, so has Danone. Considering the already mentioned stubbornness of Coca-Cola over plastic, it was on their part (at least for now) a purely green image-building movement. However, if their financial contribution could reduce the use of fossil fuels even slightly, this is a good step forward.

Is bioplastic and paper packaging only marketing?

All ideas for bioplastic and paper packaging have their (bigger or smaller) advantages and disadvantages, but none of them assumes motivation to change consumer behavior. All of them still oscillate around the question: how to design a disposable bottle that we can throw away in the forest or by the sea with a clear conscience? This is thinking, unfortunately, realistic, but completely inadequate to the situation where except several concerns, the rest of the world is still based on plastic.

Huge concerns, with all their strength and resources, can really change a lot and shape consumer attitudes. Financial support for initiatives (of course badly needed!) that are still far from reaching a real solution should not be an aim in themselves.

Is then an eco-friendly marketing strategy – even if initiated for purely economic reasons – bad? Not at all – unless, of course, there is more to this than just eco-campaign boasting.