Home » cannabis » CBD and epilepsy. How does it work?
cannabishealth

Products based on cannabidiol are more and more often used in conventional medicine as a remedy for people suffering from epilepsy. Numerous research unanimously confirm that CBD lowers the frequency of epileptic seizures and increases the overall comfort of life. Let’s take a closer look at how, in the light of newest science, the relationship between CBD and epilepsy is being shaped.

What is epilepsy, anyway?

Epilepsy is, contrary to what we commonly think, not a disease in itself, but a set of symptoms. The causes of such symptoms may vary from person to person. What, however, connects all causes, and allows effects to be called epilepsy, are epileptic seizures. These in turn are sudden, uncontrollable surges of electrical activity in the brain caused by chemical changes within it. Seizures can be both barely noticeable and depriving of power over our own bodies. 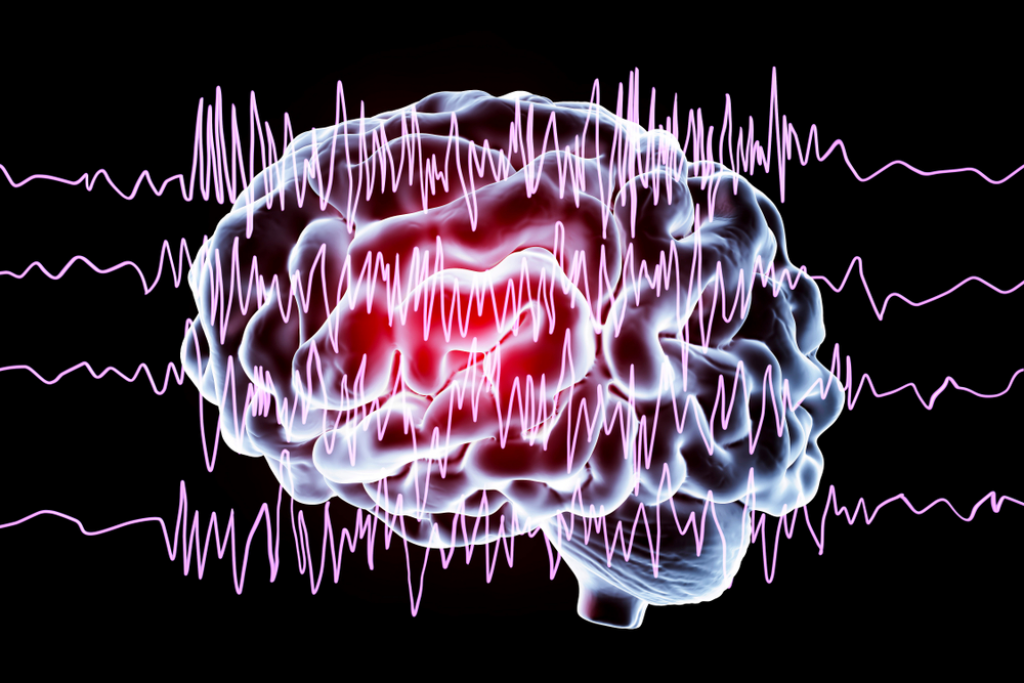 It often happens with people affected by epilepsy that the frequency and intensity of seizures makes it difficult to function in many situations. At this stage, more effective and less invasive solutions are usually sought. Hence, CBD.

How does CBD work in our bodies?

CBD interacts, though not directly, with receptors (CB1 and CB2) present in our endocannabinoid system. The CB1 receptor is located in the nervous system, most abundantly in the brain – where the changes leading to epileptic seizures happen.

Although the CBD’s pattern of action to reduce seizures has not yet been fully understood, it is known to affect the chemical function of nerve cells in the brain. The previously disturbed balance that would lead to seizures is thereby regulated in a way that seizures are released less frequently. Knowing the exact scheme has gone to the second plan, because the results of using CBD for epilepsy treatment can be spectacular with little side effects.

CBD and epilepsy treatment is a new standard in the USA

Cannabidiol-based therapies for epilepsy begin to enter conventional medicine. In January last year, the US officially approved an epilepsy medication consisting of high quality CBD and carrier substances (oils). Epidiolex is a medicine prescribed for patients who suffer from rare and difficult to treat types of epilepsy – Lennox-Gastaut Syndrome and Dravet Syndrome. CBD is also being increasingly recommended for patients who, due to some health issues, should not take other medicines, are immune to them or simply prefer to try something more natural.

Unfortunately, Europe is left behind

The situation in Europe is somewhat less optimistic. The study conducted at the end of last year shows that, still, slightly less than half (although this number is constantly increasing), doctors recommend CBD to patients with epilepsy. Increasingly often, however, the patients themselves ask about cannabidiol and place their hopes in it. The lack of approved CBD-based drugs in Europe (contrary to the US) which the doctor could officially prescribe, seems to be the issue. Doctors can, of course, recommend using CBD oils, but the lack of official medications still leaves CBD in the alternative therapy zone. Still, it’s difficult to question its effectiveness.

CBD is not only for humans

Let’s keep in mind that it’s not only humans who can have epileptic seizures. It’s also other animals we share our lives with. Dogs, cats or rodents are, just we are, mammals – therefore they have endocannabinoid system similar to ours. Thus, we have no reason to think that CBD won’t work with them as well. Even more so, that the majority of research is being conducted on the so-called “animal model”, ie animals other than man. These results often find support in tests among people. It seems that we can also extrapolate these results (in this case) to other mammalian species, e.g. dogs and cats.

Regardless of whether you are thinking about improving the life comfort of a pet, a loved one or yourself, it is worth trying different solutions. If we can replace the previously used medicaments with an equally or more effective and at the same time natural and non-invasive one – why won’t we?

CBD a epilepsja. Jak (i dlaczego) to działa?