Easily accessible and widely used methods of fighting pests are not only harmful to the environment, but also doubtful from an ethical perspective. Rodenticides contribute to the mortality of non-target animals (often protected species), and in rodents themselves cause agony lasting for several days. What if these non-ideal methods to reduce the rodent population could be replaced by more modern, non-toxic and definitely more ethical solution? This question was asked by the American company SenesTech which, thanks to the cooperation of committed scientists, created such a solution – an it is called ContraPest.

How does ContraPest work? 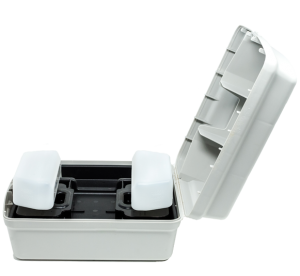 ContraPest looks like a liquid rat poison – but it has little in common with it. The substance contains two active ingredients that stop the reproductive functions of these rodents, completely preventing them from having an offspring. They inhibit both spermatogenesis in males and ovulation in females. To be fully effective, they must be taken by animals on a daily, regular basis. Contrary to what we could think however, this is not a problem – ContraPest is sweet and oily, and therefore extremely attractive for rats’ taste buds.

As the producers emphasize, in ideal conditions, one reproducing rodent pair can be responsible for as many as 15,000 new rat lives per year. Even if such a situation in nature is exceptionally rare, it gives us an insight into the possibilities of these creatures. The damage caused by such a rapidly growing population can be really huge. Why, however, limiting reproduction would be better than simply killing all the rats?

Why is ContraPest better than traditional rodent poisons?

In addition to the obvious limitation of ethical doubts arising from the traditional poisons’ use, ContraPest has several aces up its sleeve. First of all – this liquid is not toxic to the environment. It metabolizes in the rat’s body very rapidly, thanks to which – even if such a rat is hunted by a predator – it does not reach further trophic levels. It doesn’t bioaccumulate in tissues, so it doesn’t cause mortality of accidental, non-target species.

In the case of traditional poison, one can often observe a population equivalent of the “yo-yo effect”. Most of the rats will be slaughtered, but survivors will continue to reproduce. Moreover, the ecological niche, even in the city, is rarely empty – there is a risk that new ones will soon appear in the place of former tenants. It is estimated that the population can recover in just a few months. ContraPest leaves the herd at a very low level, but enough to protect the territory from the arrival of intruders.

Contraception not only for rats

ContraPest is effective for both brown rats (rattus norvegicus) and roof rats (rattus rattus). However, the company is working on contraceptives also intended for other animals – in the first place, mice. Plans include many more species, such as wild boars. Perhaps the validity of limiting their population by hunters will be once and for good questioned somewhen in the future. Until then – it seems – it’s still a long way to go.

In the near future, it seems much more realistic to limit the population of urban cats with a special contraceptive (which the company apparently has also plans for). This would greatly facilitate the control over high mortality among kittens and overloading of shelters, but not all. The fewer cats in the wild, the fewer damage to the ecosystem they cause (cats are one of the main causes of the songbirds and bats decline in cities).

Where can you buy ContraPest?

As for now, unfortunately, only in the United States. Since 2016, the product have been registered as an official solution to fight rats throughout the country. It was adopted with considerable enthusiasm, and governments increasingly often apply it as the main form of rets ‘extermination’ in cities. ContraPest has enormous potential and we sincerely hope that it will soon be available in Europe (and preferably all over the world).