Home » cannabis » Cannabinoids – what do we know about them?
cannabishealth

Hemp is being appreciated not only as recreational plant and a valuable raw material for fiber, but also for its health-promoting properties. Medical marijuana is legal in more and more countries as a natural cure for glaucoma or an adjuvant to cancer therapy, and the market with CBD products is growing stronger every month. The widening acceptance of cannabis is positively influenced by the fact that studies on the safety and effects of THC and CBD are numerous and reliable. These two cannabis-specific chemicals are not the only cannabinoids we know. Currently, it is estimated that there are about 120 cannabinoids [1] – but not all of them are sufficiently well described in the literature. Below are the most known cannabinoids, whose effects we already know a bit.

THC is the best known  of all cannabinoids present in cannabis. It’s also thanks to it that they owe their psychoactive activity. Probably this particular property has gained it its wide attention of scientific communities, and – as a consequence – its way of affecting the body is best known.

THC works intensively on us because it has the ability to connect to CB1 receptors (we have two types of receptors in our endocannabinoid system: CB1 and CB2) located mainly in the central nervous system. Normally, endocannabinoids, i.e. substances naturally produced in our bodies, such as anandamide, attach to these receptors. THC is a CB1 agonist – that is, it attaches to receptors usually activated by anandamide, stimulating them independently [2].

The result is a number of bodily and mental effects. THC has a strong anti-emetic, appetite-raising, anti-inflammatory, anti-cancer, analgesic, muscle relaxant, neuro-antioxidant and antispasmodic effect [2]. Thanks to this THC is widely used in medicine (as so-called medical hemp or synthetic THC). This component is also associated with a number of side effects. With excessive use, dry mouth, eye irritation, and even anxiety and immunosuppression (a slowdown in the production of antibodies) may appear. 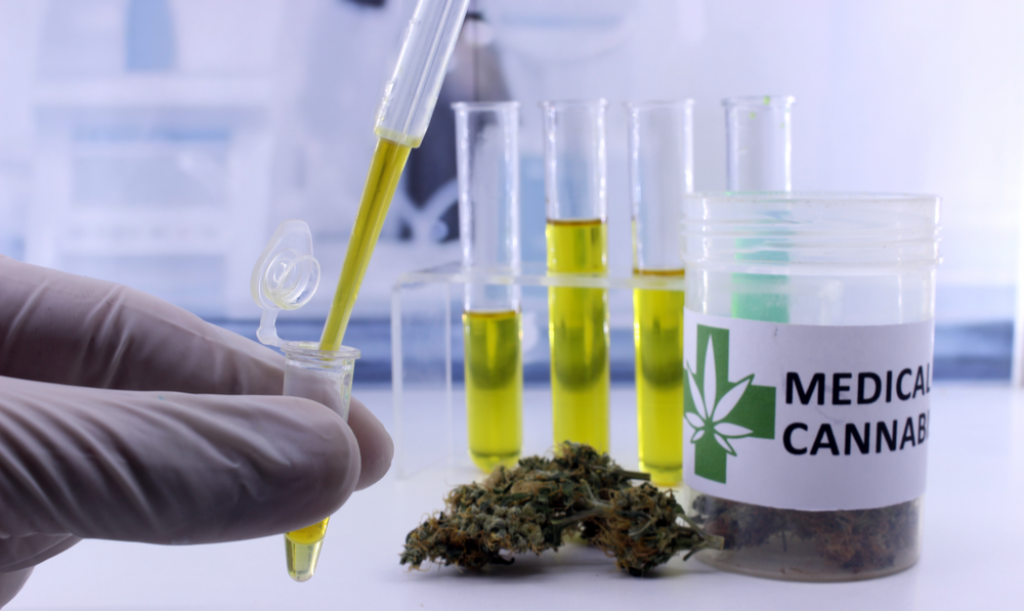 THC, like other cannabinoids, is formed during the decarboxylation (removal of a carboxyl group) of a molecule called THCA. Such a reaction occurs, among others, under the influence of time, light and when heating marijuana. That is why we are able to feel its psychoactive effects after smoking a joint, and not necessarily after eating fresh inflorescences. Interestingly, THC can be divided into two variants: delta-8 and delta-9. Delta-9 THC is the molecule that literature refers to most of the time. The second variant is formed as a result of oxidation of delta-9 over time (during ‘aging’ of flowers). These are isomers – almost identical, with similar therapeutic properties, but with slightly different psychoactive effects [3].

THC action can be effectively blocked by another cannabinoid, very similar to it in its form – the so-called THCV. This compound also has a psychoactive effect, but completely different than the main cannabinoid responsible for it.

According to some sources, THCV can reduce anxiety and even prevent panic attacks [4]. Thanks to this, it’s a promising measure in the fight against the symptoms of post-traumatic stress disorder (PTSD). It also has potential neuroprotective properties. Unlike THC, THCV reduces appetite – therefore it’s not recommended for people suffering from e.g. anorexia.

Interestingly, this compound can only be found in some varieties of cannabis.

CBD is the second best known and appreciated cannabinoid after THC. Its advantage is, however, that despite equally valuable health-promoting properties, it doesn’t cause psychoactive (and other undesirable) effects. It works a bit differently on the human endocannabinoid system than THC.

Cannabidiol doesn’t bind directly to endocannabinoid receptors [5]. Some suggest that CBD is a weak CB1 antagonist, i.e. it blocks the possibility of other particles joining it. Such a mechanism would explain the suppression of the effects of THC intake, but the exact mechanism is not known. 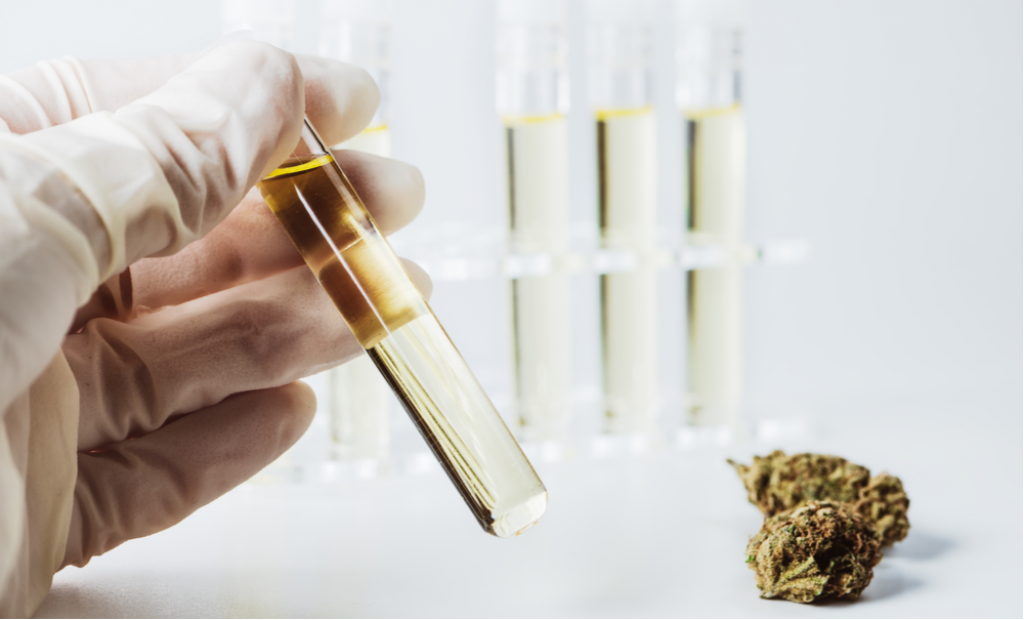 What happens in our body after using CBD largely remains a mystery, but we know quite a lot about the effects it has on our health. It has anxiolytic, anti-inflammatory (especially in the case of joints), antipsychotic, calming and stimulating immunity properties [2]. It gives particularly good results in the fight against chronic pain, schizophrenia, neurodegenerative diseases, multiple sclerosis and – above all – epilepsy. The results of the studies were so promising that a few years ago the official CBD-based anti-epileptic drug (Epidiolex) was approved in the US.

Cannabidiol is willingly used by women struggling with the severe symptoms of PMS, and even people taking care of animals with stress problems or as a support in their natural cancer therapies.

CBC, although relatively unknown, is the third most common cannabinoid in cannabis. Like CBD, it is not psychoactive.

This compound is a strong inhibitor of anandamide uptake [2]. It also attaches to the TRPA1 receptor [6]. Without unnecessary agitation – this means that it indirectly increases the amount and potency of our own endocannabinoids, which regulate a lot of processes crucial for our health. In addition, it exhibits a number of health-promoting properties: anti-inflammatory, analgesic, sedative, anti-bacterial and anti-fungal [2].

On the other hand, cannabinol is a THC breakdown product and can usually be found in older plants [2]. Therefore, it is present in rather low concentrations. It has much lower affinity for CB1 receptors than THC, however, it attaches to CB2 receptors three times more willingly. 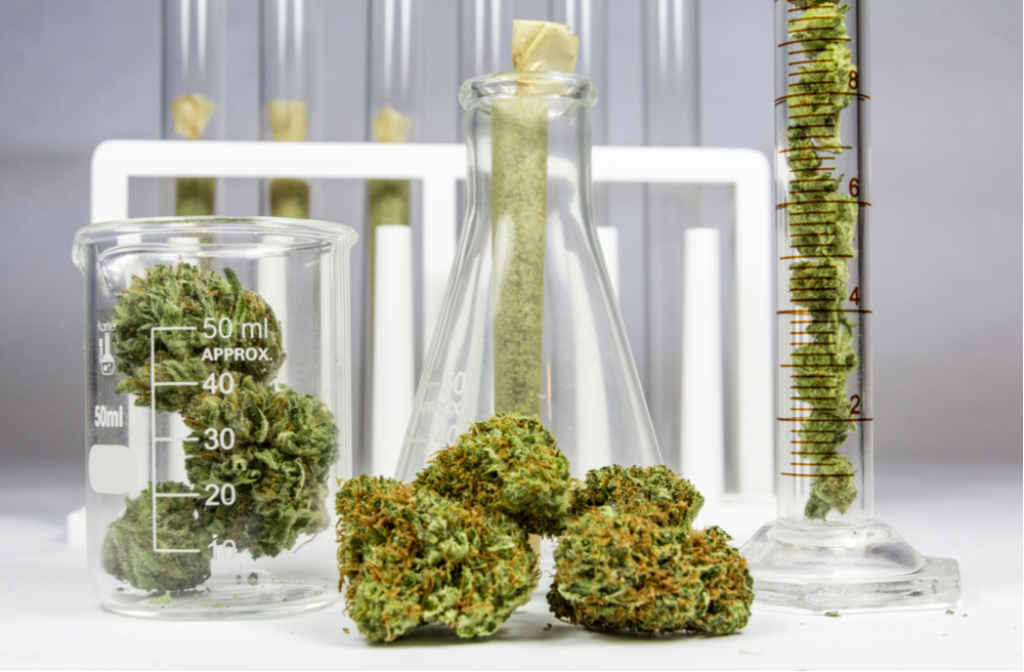 CB2 receptors are located mainly in the tissues of the immune system, which is why CBN is known for modulating the body’s immunity. In addition, it has antibacterial, analgesic and anti-inflammatory properties, and – above all – strongly sedative. The therapeutic effect of CBN can be useful in the treatment of many ailments, including increased eye pressure, inflammation, bone problems, loss of appetite, seizures, high blood pressure, as well as skin diseases and MRSA (antibiotic-resistant staph infections) [7].

This cannabinoid is found in plants in small amounts and has only recently gained the attention of scientists. Despite this, quite a few of its pro-health properties have already been established.

Cannabigerol, like THC, CBD and CBN, has anti-inflammatory effects [8] – this is perhaps the feature that connects all cannabinoids. Laboratory studies have shown that CBG intensifies the formation of fat in human skin cells, suggesting a potential role in the treatment of disorders associated with drying skin.

The beneficial effect of CBG on the treatment of colitis suggests that this compound may prove effective in combating inflammatory bowel disease in general [2]. An additional potential benefit may also be the effect of CBG on stimulating appetite [8]. That’s still not all – CBG may improve motor function and to some extent reduce oxidative stress. This is of great importance e.g. in the case of Huntington’s Chorea.

CBDV is a homologue of the popular CBD, so it has the same structure and similar chemical properties. Like CBD, CBDV also has anti-inflammatory effects. In this case it works best within the skin, which may be applicable to the treatment of dermatitis, e.g. acne. Another similarity to CBD is manifested in a positive effect that reduces seizures in the case of epilepsy [8]. However, such use of this cannabinoid will only be officially confirmed after clinical trials (which are already ongoing). 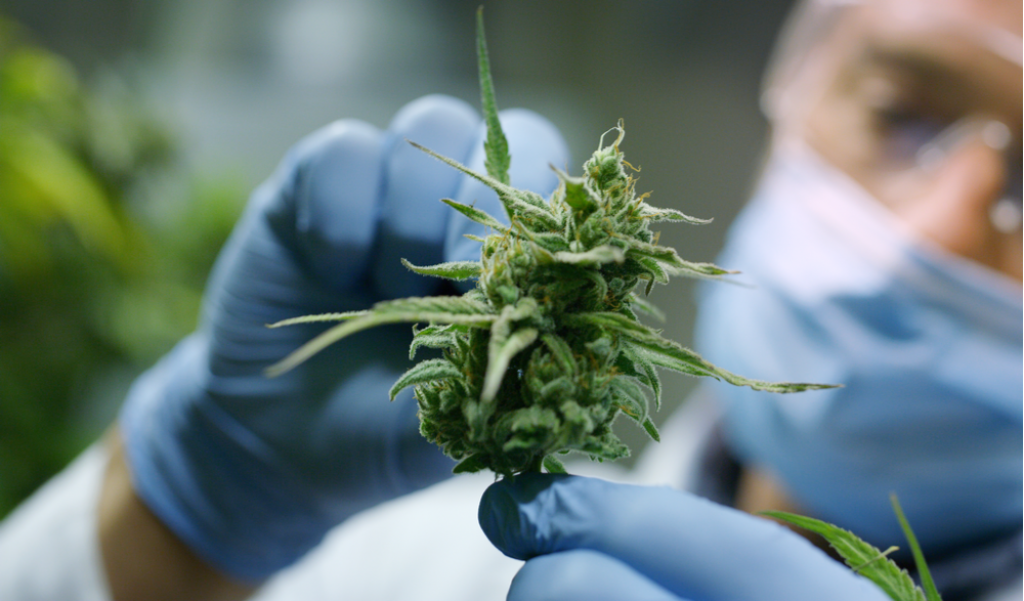 This compound is also being tested to regulate certain bladder disorders and reduce nausea. CBDV also gives promising results in weakening the manifestations of the autism spectrum disorder [8].

We know very little about this cannabinoid, professional literature mentions it sporadically. At the moment we know for sure that it can be obtained as a product of CBD photochemical conversion. Interestingly, this is the third cannabinoid, next to THC and THCV, which has a psychoactive effect [9].

… and other, still undescribed cannabinoids

As a result of the research, several other cannabinoids present in cannabis were identified above those previously mentioned. Knowledge on them, however, is incomplete and requires further research. Such cannabinoids are, for example, CBE (cannabielsoin), CBT (cannabitrion), CBL (cannabicyclol) and CBV (cannabivarin). 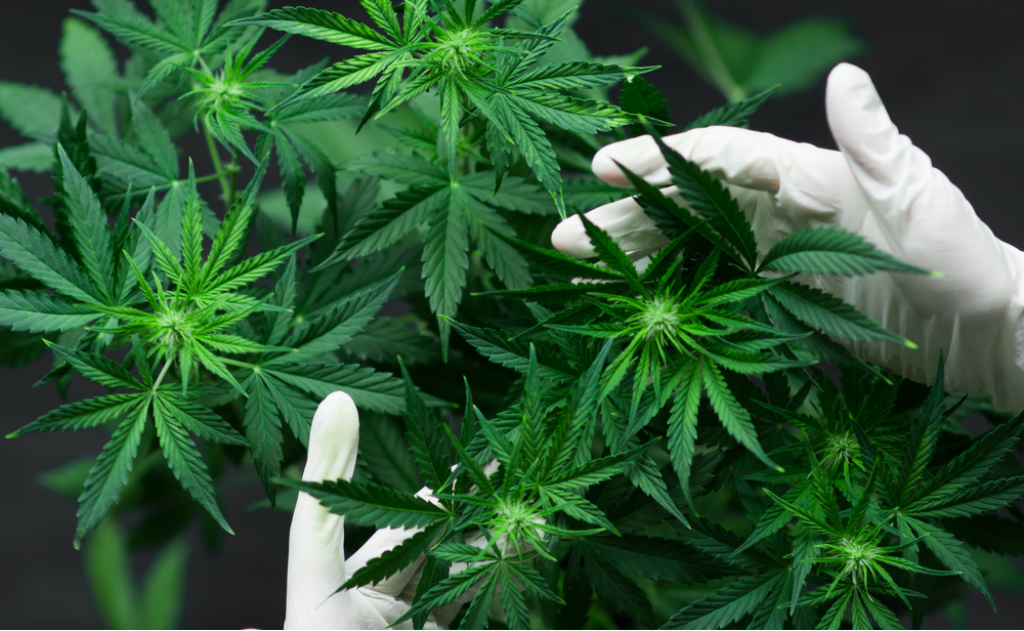 At the moment, THC and CBD are the best documented and their properties are extensively, scientifically proven. The remaining cannabinoids, despite showing some pro-health properties, require thorough examination. Importantly – and what is unfortunately often overlooked – in many cases the best results can be obtained through synergistic effects of cannabinoids. This means that some of them are most effective when combined with others. This also remains largely unexplored – but certainly the use of full-spectrum oils brings more potential benefits than harm.

Urban heat islands - what are they and who is affected?