Cannabis, known to humanity for almost 5,000 years, has now been used as a medicinal plant for 400 years. Despite this, there are still a lot of misunderstandings, myths and stereotypes perpetuated in the public debate. Cannabis in medicine, however, has enormous potential and is used on an increasingly large scale, thus they require more social support. In order for each of us to enjoy the benefits of medical cannabis, each of us should also explore the topic to know why it is worth it.

Cannabis active substances and their receptors

Cannabis contain two organic chemicals popularly used in medicine and recreation. These are THC (tetrahydrocannabinol) and CBD (cannabidiol). Both belong to the group of cannabinoids, substances received by cannabinoid receptors which naturally occur in the human body. Such receptors are found not only in the nervous system, but also in connective tissue, internal organs, glands and immune cells. Therefore, the human endocannabinoid system plays a significant role in maintaining homeostasis throughout the body – cannabinoids naturally occurring in our bodies regulate many processes (eg they help us to relax), provide protection against various diseases, and their deficiencies are correlated with mental dysfunctions (eg schizophrenia). Interestingly, THC and CBD are isomers – they differ only in the distribution of atomic bonds in space. Still, their performance is extremely different. 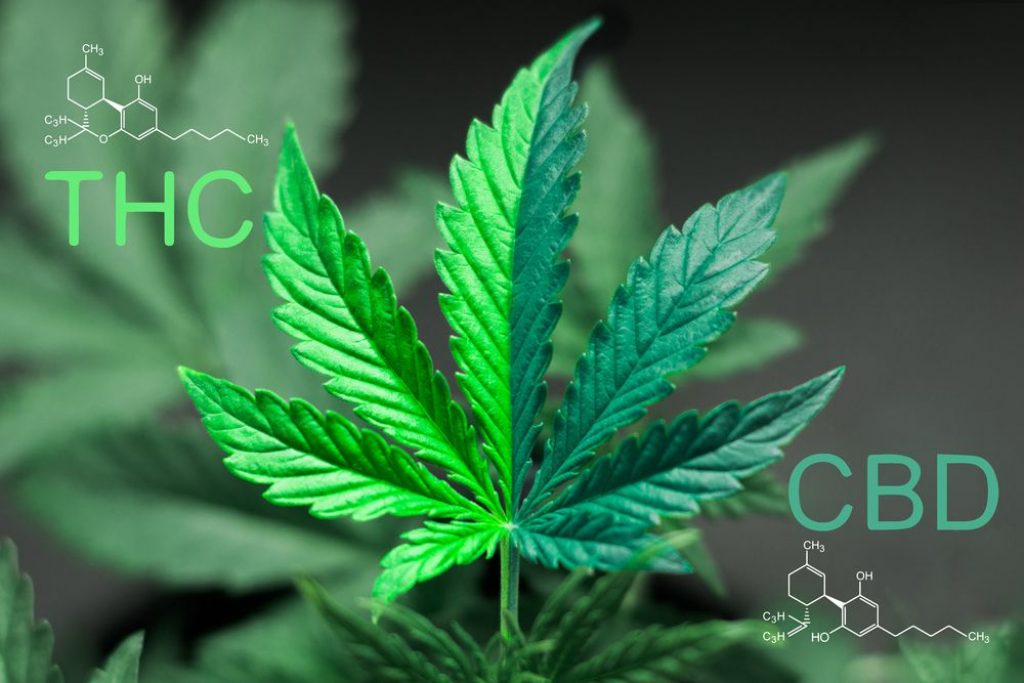 THC is the most well-known chemical compound found in cannabis due to its psychoactive properties. It activates one of the two cannabinoid receptors in our body, the so-called CB1 located in the nervous system. Due to some adverse side effects elicited by it, THC is rarely used in therapies (except for a few cases, such as in oncology patients due to its atiemetic properties; in anorexia and AIDS) leaving it mostly in a position of an recreational drug.

Unlike its isomer, CBD has no psychoactive properties. Therefore, it also has a much smaller – if not none – affinity to the CB1 and CB2 receptors. However, cannabidiol gains popularity not without a reason – it has a number of pro-health effects. It has antiepileptic, anxiolytic, antipsychotic, anti inflammatory and neuroprotective properties.

THC and CBD are often used in combination because one is strongly influenced by the other. In addition to these two chemical compounds, cannabinol (CBN) and tetrahydrocannabivarin (THCV) are also found in cannabis. Both of them show some psychoactive properties, however, they are much less researched in terms of their medical inclinations. The greatest potential in medical cannabis is therefore being noticed in the salutary features of the CBD.

Cannabis with CBD – when do we use it?

Cannabidiol is now being more and more often used wherever there is a need for relief from various types of pain: neuropathic, postoperative or related to oncological treatment. Still, relief from pain is just one of many of its applications. Therapy with CBD is also effective in the treatment of the musculoskeletal system disorders, such as rheumatoid arthritis and fibromyalgia. It also has very good effects in the treatment of glaucoma. In addition, preliminary clinical research suggest that the oral use of CBD at a dose of 150-600 mg per day, exerts a therapeutic effect on epilepsy, insomnia and anxiety. Currently, therapies based on cannabidiol are also being tested in the treatment of symptoms of diseases such as Parkinson’s disease, Huntington’s chorea or Tourette Syndrome with great effectiveness. In these cases, CBD does not, of course, eliminate the disease source but significantly improve the comfort of life and functioning of the affected.

All this sounds very attractive – CBD seems to be an effective remedy for many health problems of a modern man. However, there is always some but – unfortunately, in this case it is a complicated law.

In many countries around the world, marijuana as a medicine has been appreciated relatively long ago. It is legal and available in pharmacies in most states in the USA, Canada, Argentina, Chile, Australia, Croatia, Germany, Israel, Italy and many others – not to mention, of course, the Netherlands. Unfortunately this is not the standard everywhere. Even if medical marijuana is legal, buying it is still associated with considerable restrictions and a long waiting period.

Fortunately, the situation looks completely different in the case of CBD – it is fully legal, until the products containing it do not consist of more than 0.2% THC. It is worth to understand the difference between marijuana and hemp (both are cannabis). All this complexity is just about the THC content – marijuana, containing a higher percentage of tetrahydrocannabinol is most often not legal – hemp, with a maximum content of 0.2% – is. Therefore, legal CBD oils are usually obtained from fibrous or industrial hemp.

Unfortunately, the nomenclature plays a huge role in the pop cultural understanding. We still associate marijuana with narcotic effects; hemp, too, but more and more often their pejorative overtone is losing strength. We need a decent education that will dispel doubts and honest science that will provide a foundation for it.

Cannabis in medicine is now the top priority for a specific field of science called psychoneuroimmunology. It is a relatively new, interdisciplinary field of research combining the influence of psychic aspects with the nervous and immune systems. Therapies using cannabinoids are slowly starting to be part of conventional medicine, which is more and more keen to explore alternative methods. People are increasingly opposed to invasive pharmaceuticals and are looking for natural methods of pain relief and fighting against severe diseases – CBD-based therapies are one of the most promising solutions. Let’s hope it’s not from here to Cannabis in medicine becoming a standard.

Cannabis: an introduction to a wonderous plant's abilities