Cannabidiol, isolated in 1940 for the first time, stayed hidden in the THC’s shadow for a long time. At that point science seemed to have interest only in cannabis psychoactive properties. Such unfair proportion have drastically changed in the last few years – since 2008, thousands of scientific research concerning health benefits of CBD have overflown professional publishing houses. Due to well-documented, promising results, large-scale production of cannabidiol products has begun in many countries. It is not without reason that they are gaining more and more popularity. So let’s explain what CBD oils actually are and how can we benefit from them. 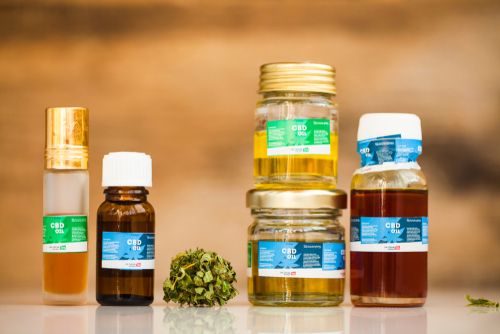 Products containing CBD flood the market in increasingly sophisticated ways. All we need is access to the internet and we can buy ourselves not only dried plants with CBD or hemp pastes, but also e-liquids, cookies, lollipops, jellies and chewing gums. The variety is huge. Why, then, the oils? It turns out that CBD in this form shows the highest bioavailability – that is, it is best absorbed by our body. The method of CBD administration is of key importance – it is estimated that when taking capsules, we assimilate 20% of the initial dose at best. It’s not much. When applying the oil under your tongue (just next to the sublingual salivary gland), the active substance is absorbed almost immediately – with a much smaller loss. Vaporization is also a good way, but not everyone feels comfortable inhaling the fumes. In fact, it would be most effective to administer the CBD intravenously, but who among us does not shudder at the thought of needles? Such a thrill is worth saving for visit with a professional doctor.

CBD oils are neutral in taste, do not require fumes inhaling or stinging with needles, and their bioavailability is sufficient to enjoy health-promoting effects. Still, what are the effects?

The anti inflammatory properties of cannabidiol are being emphasised by numerous independent scientific studies. This is a well-documented fact. Nevertheless, no publication presents an exact mechanism of changes that take place in our immune system. It is possible that the scheme according to which such action is triggered is not yet known from any substance tested so far. Some scientists, however, believe that the cascade of events associated with the release of arachidonic acid is responsible for the anti-inflammatory properties of CBD. Cannabidiol stimulates its secretion from platelets in a form that our body is able to use, inter alia, for enzymatic transformations at the cellular level (change in cyclooxygenase and lipoxygenase activity).

Most of us, however, make no use of medical explanations, it is important where we can use CBD in practice. As it turns out – in many situations. Retinitis or even ear inflammation, just to start with. The anti-inflammatory effect of cannabidiol works very well also in the case of internal organs damage, e.g. kidneys or pancreas. CBD oils are also worth trying in conditions concerning intestinal inflammation (it is suggested that this is related to the glial cell activity control). Systemic inflammation associated with poisoning also seems to weaken when in contact with CBD.

Unfortunately, CBD studies regarding the treatment of metabolic disorders are also somewhat deficient but if they do appear, the results make a sensation. Cannabidiol has been examined, among others, in relation to the rather specific Niemann-Pick’s Disease. The disorders of a lipid metabolism, called sphingomyelin, which in effect are deposited in organs causing serious disturbances in their performance, often results in severe neurological problems. Based on the research, it has been shown that using CBD oils in an appropriate amount results in a reduction of harmful deposits by 77%.

Such results give a great hope to affected people and their caretakers (the disease often affects children). Until now, no other satisfactory method of treatment has been found, and those that are widely used are highly invasive (bone marrow transplantation) or expensive and long-lasting. CBD oils seem to be a good alternative. However, as we mentioned earlier, research in this area is limited and probably needs confirmation.

CBD and the nervous system diseases

What is somewhat more familiar to the science and more willingly considered by it, is the influence CBD oils have on the nervous system disorders. They exhibit intense neuroprotective effects, i.e. they support the regeneration of the nervous system after injuries (eg, stroke) and act as a shield for nerve cells in neurodegenerative diseases. Therefore, CBD oils are known for their beneficial effects in people with multiple sclerosis (they protect against the nerve tissue degeneration and partially reduce muscle tone). Huge potential of cannabidiol is being ascribed to the treatment of various types of dementia. It is particularly effective in relieving the symptoms of Alzheimer’s disease, Parkinson’s disease and vascular dementia (concerning brain damage).

It is worth to consider using CBD oils also when fighting with epilepsy, because it significantly reduces the frequency of attacks. The improvement of the comfort of living that can be achieved with cannabidiol is therefore invaluable for people suffering from epilepsy.

The second, next to the neurology, field of medicine in which cannabidiol is the most often tested, is oncology. Numerous studies confirm its anti-cancer activity. The best results have so far been obtained in the treatment of brain glioma. However, studies show that cannabinoids exert antiproliferative and anti-invasive effects in a much greater variety of cancers, including breast and lung cancer. Cannabidiol is also characterized by its unique ability to stimulate the apoptotic death of tumor cells through autophagy. To put it simply – it causes cancer cells to, in a sense, commit suicide.

According to many sources, CBD oils can also be used to treat diabetes and the resulting diabetic cardiomyopathy, sleep disorders, stress and anxiety disorders (which is related to the cannabidiol activity within the limbic system, which is attributed to brain activity associated with emotions). CBD oils are being tested even in alleviating the symptoms of Autism. It is impossible to list all diseases that are treated or attempted to be treated with cannabidiol.

CBD is still on the medical research gunpoint and we can expect that there will be only more papers concerning it. It is possible that the potential effect of cannabidiol on some diseases may be questioned and undermined in the future – at the end, there is no remedy for everything. However, having the intellectual resources in the form of the newest knowledge, it is worth to make use of it. CBD oils can be a salvation for many people who are looking for an effective and healthy alternative to conventional medicine.

CBD products - what choice do we have?