Electric cars – are they really eco-friendly? Let’s find out.

Electric cars (and vehicles in general) have become an icon of sustainable development and the so-called “green economy”. Still, many people claim that these types of solutions have little in common with ecology. There is always a but – but not ecological battery production; but highly emissive sources of energy to charge vehicles. No wonder the number of skeptics is growing. The vision of completely rejecting fossil fuels without giving up the car is at least tempting – but equally controversial. It’ s worth learning some facts and dispelling a few myths to be able to determine if electric cars are really green (or not?).

Electric cars are not a monotype group

Investigating the ecological footprint of electric cars relative to traditional ones should begin with the nomenclature. Vehicles whose only power source is electricity are only one type among all cars (for ease) thrown into a collective bag labeled “electric cars”. Let’s quickly explain what is what [1]:

Any of the above types of cars can be more or less environmentally friendly when it comes to emissions. It mainly depends on where the energy that charge the batteries comes from.

Where does the energy that we charge electric cars come from?

When it comes to energy efficiency, electric cars are much better than traditional cars. Even a car charged with electricity generated solely by an oil or coal-fired power plant, consumes about ⅔ of energy per 100 km, which a gasoline car consumes for the same distance [1]. Therefore, its emissions are similarly lower. For example, in Australia, where well over half of the energy [2] still comes from burning coal, electric cars charged with a typical energy mix for this country emit 40% less carbon dioxide than conventional cars [3]. Nevertheless – CO2 emissions are still there. A fully electric car, of course, will not cause any emissions, because it doesn’t burn fuel at any stage. The amount of carbon dioxide emitted to the atmosphere due to the use of an electric car will largely depend on the energy we charge it with. This, in turn, depends on the country in which we live – Poland or Germany obtain most of their energy from burning coal, so indirect CO2 (well-to-wheel) emissions associated with the use of an electric car will be incomparably higher there than in Norway, which uses renewable sources [4]. 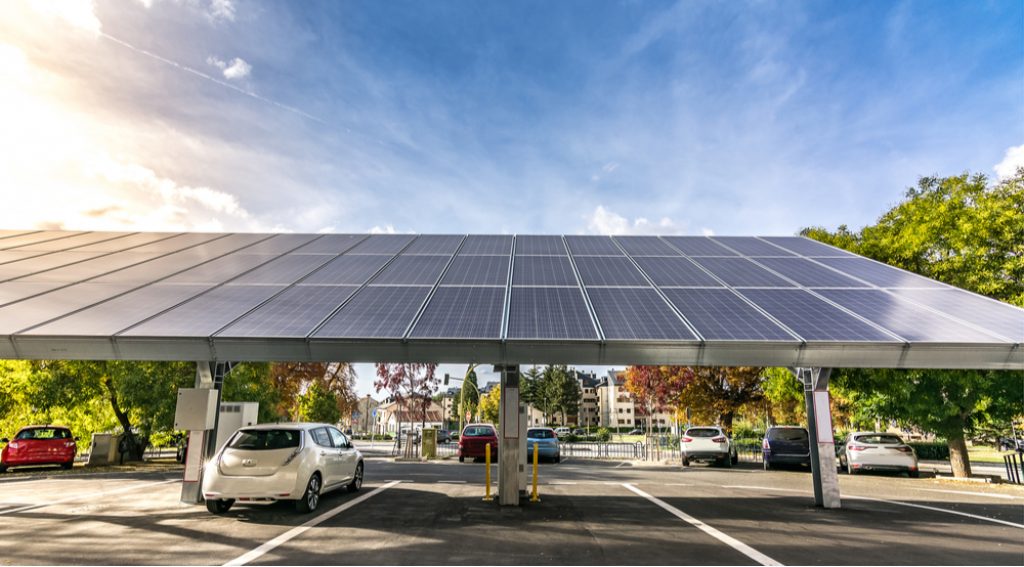 For example, an electric car charged with energy obtained by burning of fossil fuels, will generate over 90g of CO2 per 100km, and powered by renewable sources (such as wind) – 0g [1]. Of course, nothing is completly zero emissive – we must also consider the production of the car as well as its components and the associated emissions. In the case of electric cars, the biggest ecological problem is batteries.

How is the battery powering electric cars built?

Unfortunately, the very process of producing electric cars is characterized by slightly higher CO2 emissions than in the case of classic cars [5]. In addition, the service life of electric vehicles is definitely lower (estimated to be around 10 years of standard use). Because of the batteries.

However, it’s the extraction of components for their production, not the emissivity of production processes itself, that creates the largest space for polemics about the environmental impact of electric cars. The three key elements present in lithium-ion batteries are lithium, cobalt and nickel. Their delivery to batteries is energy-consuming, invasive to the environment, and often also to people.

Both Lithium and Cobalt are very reactive chemical elements that always occur in nature in the form of compounds, never in a free state. In addition, their most valuable deposits are underground. This causes that both the process of extraction and acquisition is complicated. As lithium can be found in brines, its best deposits are found in the salt pans (the largest of them is in South America), which are exploited in an extreme way. Salt water must first be pumped out from under the earth’s surface. Then workers have to wait for it to evaporate. The remaining salts are collected, filtered and placed in another pool, waiting another several dozen months for the water to evaporate. Therefore, almost 1900 liters of water are needed to produce a ton of Lithium [6]. In some areas, this practice consumes most of the water resources, which causes considerable problems for the population living there. 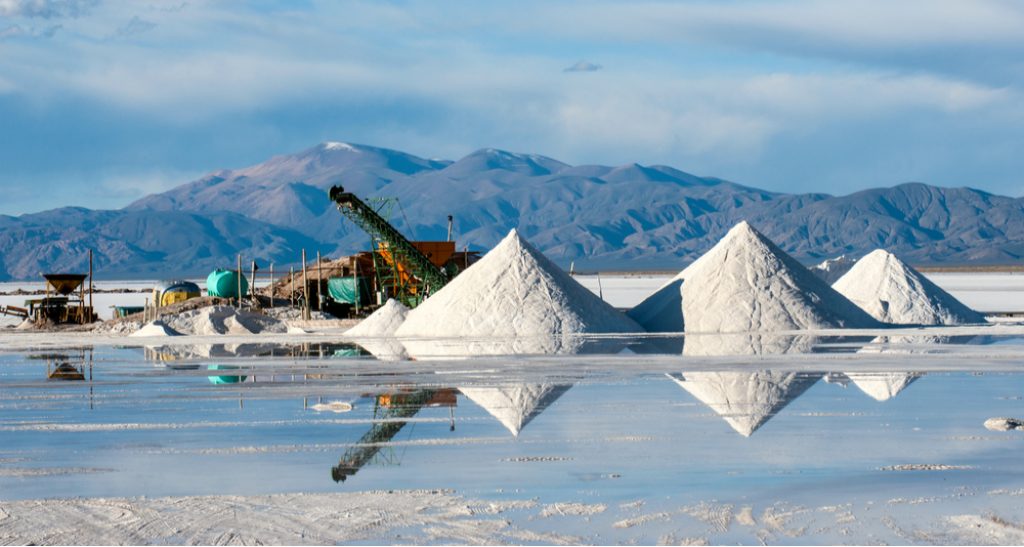 Another problem is the toxicity of the chemicals used to process lithium, including, for example, hydrochloric acid. Leaks from lithium basins can poison rivers, and with them fish and other organisms. Polluted water can also be used by people, farm animals and for watering crops. The ecological effects of lithium processing can therefore be catastrophic.

While we have plenty of lithium on Earth, the situation is much less optimistic when it comes to cobalt. It is obtained in the vast majority (with a few exceptions) from one country – the Democratic Republic of Congo. The demand for it is constantly growing, therefore its price is growing as well. It’s, as you can easily guess, a powerful driving force behind dangerous and unethical behavior (including child labor).

However, these problematic, naturally limited in quantity and energy-consuming chemical elements can be recycled. As much as 90% of lithium and 70% of cobalt can be recovered from lithium-ion batteries that are recycled [7]. This works with batteries from smartphones, so why not recycle batteries that drive electric cars? Fortunately, some companies are already doing this.

It seems that solving the problem of lithium-ion batteries, including those in electric cars, is only a matter of time. Improvements are constantly being made, and layers of graphene or silicone are added to improve battery performance. Still, most of them are still based on lithium.

It cannot be ruled out, however, that the revolution will come much faster than we think – and in a quite unexpected form. Several times over the past years, research has shown that what works much better than lithium cells… Is hemp cells. Much better, actually. Hemp nanolayers have one of the best power and energy characteristics ever seen with a supercapacitor [8]. Hemp layers were processed in such a way that they resembled graphene. The only difference was that they were produced for one thousandth of graphene production costs. Best of all – the links were made from parts of plants that would normally have landed in a landfill. 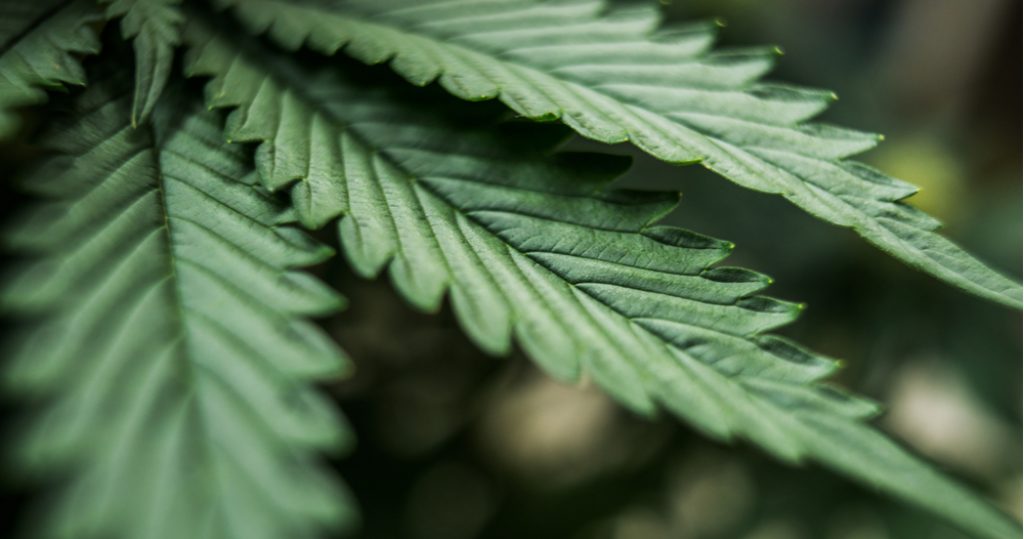 Of course, the research is still rudimentary and requires a lot of repetition, but the technology is extremely promising. Nothing but to test, (hopefully) confirm and produce. Cannabis is one of the most sustainable and versatile plants after all. Hemp batteries could not only popularize electric cars by significantly reducing their cost, but also solve the Lithium problem.

The increased production of electric cars, which is intended to be more environmentally sustainable, will undoubtedly lead to breakthroughs in the production of lithium-ion batteries. Certainly, more and more emphasis will be placed on their recycling. It’s possible, and even very likely, that progress in this field will also contribute to reducing the ecological footprint of smartphones and other electronic devices that flood the market in huge quantities.

It’s worth remembering that nothing (so far) is completely zero-emissive, if we look at the product holistically. In the case of vehicles, we must consider both direct and indirect emissions (production and transport of components, energy needed to manufacture them, etc.). The fact is that electric cars, if powered by renewable energy, are much more environmentally friendly than combustion cars. What’s more, even if powered by high-carbon energy sources, their overall CO2 production will be lower (though not as much as we would like). What is more, electric cars don’t contribute to the emission of harmful pollutants in cities. Still, until we balance the production of batteries and switch completely to renewable energy, it is only a potential (though huge) for the development of ecological transportation. Of course, good progress is worth supporting. Even if in a country like Poland, an electric car will help a little – it will always be a relief for the climate and the Earth.

Lungs of the Earth - where does oxygen come from?

Hydrogen cars are the future. Or are they?