Annually, almost 10 million tons of coffee are consumed worldwide [1]. We drink it to raise energy levels, maintain concentration, as part of everyday ritual and to strengthen our relationships with other people. Many of us cannot imagine life without coffee. Literally. It’s an addiction that we allow ourselves with unfailing pleasure and, according to some, without consequences – and even with profit – for health. Although science has been arguing for years about the health aspects of coffee, there is a tendency in research. Is it healthy then? Scientists increasingly often demonstrate it to be true – in moderate amounts, of course.

Obviously we alle know that what gives us a coffee kick is caffeine. It stimulates our body and is responsible for concentration improvement. However, there are many more active substances here that affect our body. A lot of unique, bioactive components are being created as a result of reactions between amino acids and carbohydrates during coffee beans roasting.

Chlorogenic acid is the second most common active substance in coffee, next to caffeine [2]. There are several types of it. It is credited with many health-promoting properties, such as dilating blood vessels, regulating the absorption and utilization of glucose in our bodies, and increasing the activity of enzymes metabilizing xenobiotics (e.g. drugs or alcohol) [3]. It’s worth to keep in mind that the less roasted beans, the more chlorogenic acids they contain. Therefore, there will be the highest level of them in green coffee. As a result of metabolic changes, chlorogenic acids can also be a source of other phenolic acids, which are considered an effective antioxidants.

Coffee also contains niacin (vitamin B3) and its precursor, magnesium, potassium, lactones (responsible for, among others, bitterness) and diterpenes – including cafestol and kahweol. These exotic-sounding substances have an ambivalent opinion in the world of science. On the one hand, they are strong antioxidants – on the other, it’s these two ingredients that are responsible for raising cholesterol [2].

Coffee for a strong, healthy heart? 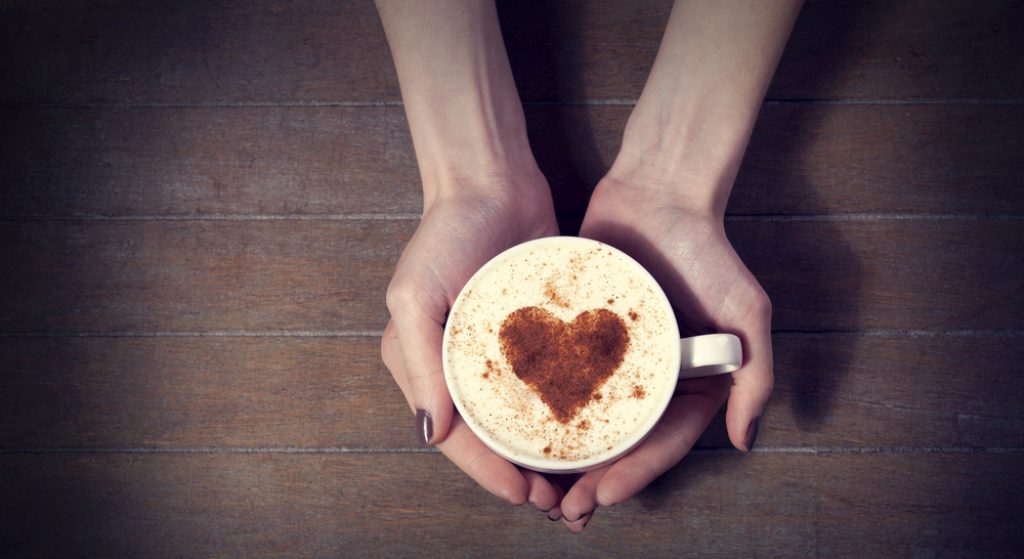 Up to some point, in both science and public opinion, there was a perception that coffee affects the functioning of the circulatory system negatively. Recent research in this area is pretty clear about it: by no means is coffe destructive for our hearts. It turns out that drinking average amounts of coffee (about 3 cups a day) can even reduce the risk of cardiovascular disease [2]. In addition, caffeine, as an adenosine receptor antagonist, is able to block their expression (adenosine stops working because caffeine attaches to the receptors instead of it). In some cases, this may support the protective effect on the heart and blood vessels.

Individual study (which is worth noting as a precaution) even suggest that coffee can improve the functioning of cells lining blood vessels and the heart muscle itself [4]. The authors found that caffeine acts directly on mitochondria in heart cells, increasing the amount of protein necessary for energy conversion in this organellum. In other words, caffeine increases the viability of heart cells and prevents them from dying prematurely. This discovery is quite groundbreaking, but not the last worth mentioning.

Coffee is gradually gaining more and more attention due to its high potential effectiveness in the fight against metabolic disorders. Particularly good results are being observed in type 2 diabetes. Not all, but the vast majority of research in this area confirms the strong inverse correlation between coffee consumption and the risk of developing diabetes [2]. It stimulates insulin secretion and strengthens sensitivity to it.

People who drink about 6 cups a day have, according to research, 33% less chance of getting diabetes. Moreover, according to some data, women are much more susceptible to coffee in this regard. However, the protective effect against type 2 diabetes isn’t directly due to caffeine activity. The exact pattern and substance responsible for this are not yet known. Researchers suggest that polyphenols (e.g. the chlorogenic acid mentioned above) may be responsible for reducing the risk of diabetes. Bear in mind that hese are only suggestions for now. It is known that decaf coffee gives similar results, so we can exclude caffeine with certainty.

What do our livers have to say about it?

It is said that our liver will enjoy us drinking coffee as well. Increasing evidence indicates its beneficial protective effect in the development and management of various diseases of this organ. Consumption of 2 cups a day for people with pre-existing liver disease is associated with a lower incidence of fibrosis and cirrhosis, a lower hepatocellular carcinoma recurrence rate, and reduced mortality [2]. What is more, higher consumption (over 2 cups a day) is associated with a reduced risk of elevated ALT (enzyme) activity by 44% and a lower risk of chronic liver disease compared to non-coffee drinkers.

If that’s not enough of good news, coffee consumption reduces liver stiffness, which may indicate less fibrosis in patients with non-alcoholic fatty liver disease and hepatitis C and B infection. Unfortunately, in this case it’s also not clear which component is responsible for such miracles (although there are indications for caffeine merits).

Drink coffee for health (but don’t push it)

Due to the anti-inflammatory properties of some coffee ingredients, it is also considered helpful in combating inflammatory bowel disease. There are really a lot of individual studies suggesting other, health-promoting applications of this miraculous drink. Of course, papers are also being published with authors concluding that coffee is harmful, but they remain in a significant minority. No scientific consensus has yet been reached regarding its harmfulness, but let’s be patient. From what science tells us today, we don’t have to be afraid of drinking it at all. However, we warn you that this is not a tip for a long and happy life – but rather a handful of curiosities to calm down the guilty conscience of coffee lovers.

Fires in Siberia - how dangerous is it?

Is coffee ecological? Is it ethical? Let's take a closer look