One of the biggest failures of our modern civilization is irresponsible consumerism. We produce too much, buy too much and waste too much – especially when it comes to food. Annually, in Europe alone, around 88 million tonnes of food are thrown away [1]. Contrary to what one might think, markets are not at all the ones responsible for the greatest waste (although this is undeniably a problem that also needs to be addressed). The biggest amount of food is thrown away at our homes. Annually it’s almost 50 million tons of food that lands in the basket. In Europe alone. It is time to change this state of affairs and express objection to socially and environmentally irresponsible practices. Where to start? Where, with OLIO.

Yes, yes – we’ll explain. OLIO is an app. Simple, intuitive – but revolutionary (just like the ones we wrote about here). It unites people who care about the environment and other people. It gathers those who don’t want to waste, but prefer to share – while meeting similar-minded people. For example, if you bought a few packages of yeast that you won’t be able to use before their short shelf life expires – you announce it at OLIO, along with your preferred time and place of collection. Someone, who is near you, just needs them for a spontaneous, Sunday pizza, so he makes an appointment with you through the app and collects them from your home or an agreed location. Similarly, if there are browning bananas on your countertop – and someone in the area craves for a banana bread.

Food is being saved with the benefit of both parties (and, of course, the environment). Sounds familiar? Indeed, OLIO is a kind of a mobile foodshare place – with an additional, interpersonal dimension.

Many people who start using the app have a similar problem – what should be published via OLIO? The originators enthusiastically point out that 89% of the shared food disappears from the site within 24 hours, so almost all products will be desirable. We can get rid of our rice reserves, cans and tea bought for apocalypse that never came, herbs, vegetables and fruits grown in the garden, homemade pastries, unsuccessful gift or a jar of Marmite, which, well, we just hate. OLIO also encourages sharing freegan hunting treasures.

However, this isn’t all. Although the application focuses mainly on food products, we can also give away other unnecessary things through OLIO. Maybe someone has just replaced a traditional vacuum cleaner with a bagless one and there are bags left to dispose of? 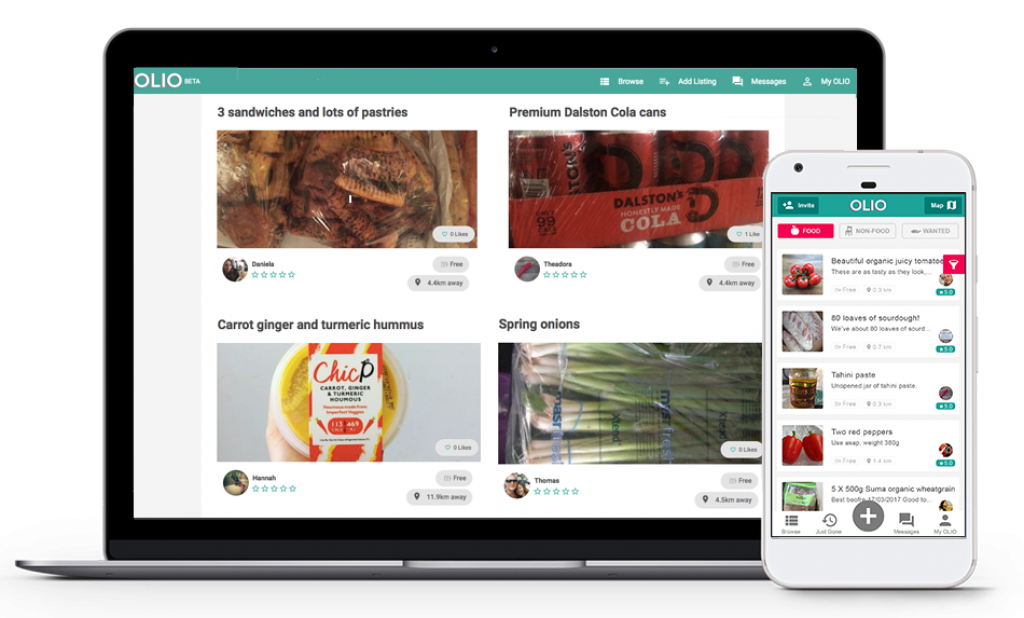 The app itself is great and works well around the largest cities in the world. Unfortunately, in many places, still hardly anyone knows about it, so there are not many logged in users. However, it depends on us and our motivation to build an ecological, community willing to share, if we will be able to make it work in there as well. Therefore, we strongly encourage you to download the app and spread the news.

Chemical weapon in the Baltic, or the monster from the seas