Home » biodiversity » Palm oil – what is all that fuss about?
biodiversityecologysustainable development

Palm oil – what is all that fuss about?

The cultivation on African oil palm, or Elaeis guineensis to be precise, arised lots of controversies in the last few years. Rightly so – on the one hand, it drives local economy while on the second it devastates ecosystems and exploit people. As it usually happens, the battle seems to be: economy versus ethics and environment. So what are the arguments of each party and which one has more to say? We will try to get a bit closer to what is really going on in the palm oil dispute and its world-loud criticism.

Why do we need palm oil after all?

Vegetable oils are produced in huge quantities – and are useful in almost every branch of industry. They are used to produce biofuels, lubricants, medicines, cosmetics and food.
We have access to many different oilseeds that can be grown locally and at low cost. Why, then, everyone insists on this unfortunate palm oil?

According to the European Palm Oil Alliance, the lands used for growing oil palm make up no more than 5.5% of all lands used for oilseeds cultivation. With this relatively small plantation area, it accounts for as much as 32% of all oils entering the global market. This seems to be an extremely efficient solution. At the same time the plant is perennial, and its cultivation is not very demanding or expensive.

Cheap crops, for which some pay dearly

However, this is only one side of the issue. If the product is cheap, it is probably at the expense of the exploitation of people who work with it. In the case of palm oil, as well as clothing factories in India or electronics in China, the violation of human rights is a commonplace.

Due to lack of medical care, proper equipment and protection of the workplace, everyone suffers. The particular exploitation in palm oil plantations, however, concerns children and women. The goals set for employees are often so excessive that they have to ask family members for help – usually a child or a wife – who, of course, are not paid. It even happens that an employee who came to work alone on a given day is sent back home empty-handed. 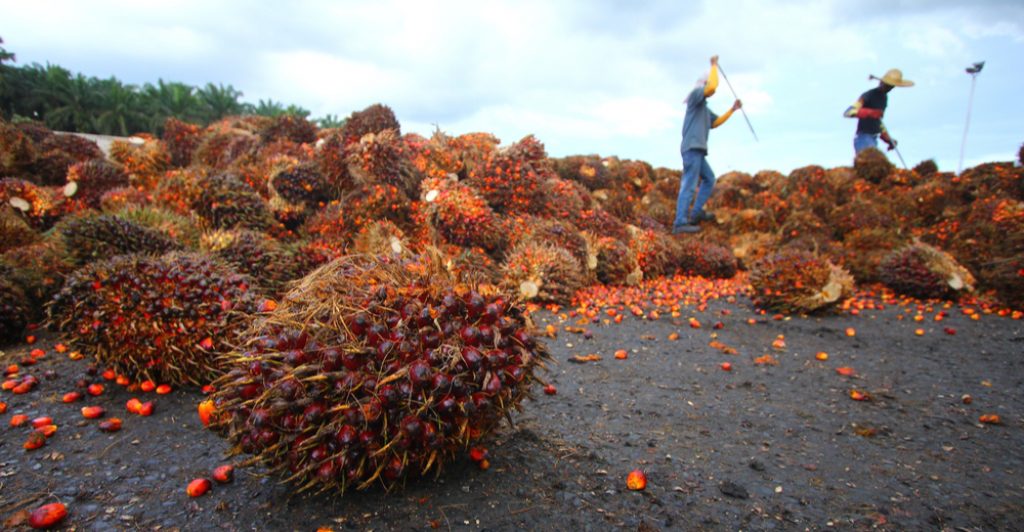 This is not the end of women’s marginalization on oil plantations. Those of them who happen not to accompany their partners, are employed as so-called “casual laborers” – occasional employees. Their salary is significantly lower and contracts (if any) are short-term, therefore not providing security. Expected to be in daily contact with pesticides and harmful chemicals, they also shouldn’t count on any health assistance.

What does the government have to say about this?

Obviously, employment regulations are, to some extent, introduced, but rather poorly enforced. Political complexities do not help in resolving such situation. Local communities, for example in Indonesia, are in constant conflict with plantation owners and the government, which favors their interests for economic reasons. Over the last twenty years, lands that belonged to the native population were massively sold to private entrepreneurs. For this reason, such communities have been pushed into reserves, which constitute only a dozen or so percent of the areas that were originally occupied by their villages.

A large number of people who were forced to sell their lands to private companies, were incorporated into plantation life as a cheap labor force for lack of alternatives.

Phenomenon on an increasing scale

Such conflicts are not isolated cases, but also not a rule. Unfortunately, however, the vast majority of plantations are located in developing countries, for which cheap and effective production of palm oil is an economic opportunity.

As much as 53% of the world’s oil palm plantations are located in Indonesia, which assumes production of 40 million tonnes of crude palm oil (CPO) per year by 2020. The export of palm oil brings Indonesia a profit of 250 billion rupees (about 15.5 million euro) per year already. The second largest producer (about 30% of world production) is Malaysia, which also seeks to increase its CPO production.

Where do we fit all that?

Such amount of land can’t be obtained in a non-invasive manner. That is why natural rain forests are cut down for the cultivation of oil palms (for example, on the island of Borneo, 50% of deforestation was made for this purpose). This is done in an unsustainable way, often without regard to the consequences for biodiversity – and these are huge. 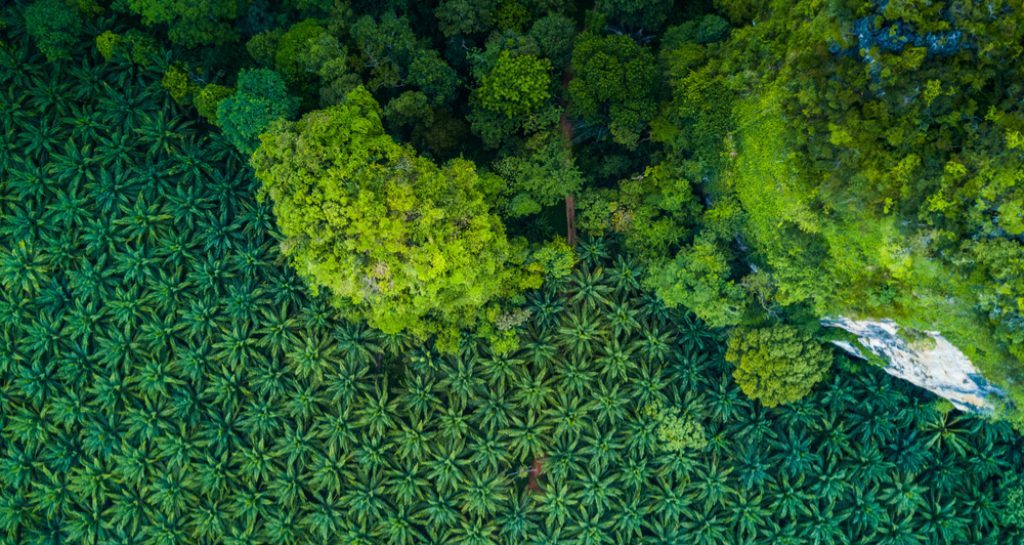 The massive tropical forests grabbing-up has led to the extinction of numerous species, often crucial for ecosystems. For example, Malaysia has indirectly killed the majority of orangutans while Indonesia and Thailand did the same to tigers. In Thailand, gibbons and Malayan biruangas also disappear irretrievably. Huge palm monocultures take the living space away from chimpanzees in Nigeria, forest elephants in the Republic of the Congo and cassowaries in New Guinea.

The International Union for Conservation of Nature (IUCN) estimated that palm oil production threatens at least 193 endangered species around the world. In addition, further expansion of palm oil crops into the forests can affect 54% of endangered mammals and 64% of birds worldwide.

Troubles on the peatlands

The problem doesn’t only concern tropical forests being cut down, it is also about the soil on which they grow. Petlands that are the basis of a large amount of forest have been successfully adapted to palm cultivation since the 1980s. It causes a number of environmental and social consequences. The soil of intensively cultivated peatlands ceases to be rich in nutrients, erodes, settles, and as a result contributes to floods in places unprepared for such events. People who carry out drainage treatments on plantations also contribute directly to such disasters. It threatens both local ecosystems and local communities.

It is similar with fires that have been visiting these virgin areas in recent years. Usually, they are intentionally kindled by people who want to convert forest to palm oil plantations quickly and cheaply. Such short-shightedness kills animals and releases huge amounts of carbon dioxide into the atmosphere (the effect of burning coal stored in peatlands). For example, during the fire in Borneo in 1997, the equivalent of 13-40% of the annual CO2 emissions from fossil fuel combustion got to the atmosphere. Such amount of pollutants in the air kills people as well (a state of emergency is introduced in many cities and regions).

The disposal of wastes arising from milling of oil palm fruits is no less a problem. Wastewater, accompanying their treatment, is called POME (palm oil mill effluent). It is one of the main environmental pollutants, eg in Malaysia, which proves that they are not properly disposed. It is estimated that POME is 100 times more contaminated with organic compounds than municipal sewage. In theory, it is not toxic by itself – however, its production at the level of 44 million tons per year in Malaysia alone, is not without a trace. Some of the waste that goes untreated directly to the environment leads, for example, to very intensive algae development and further changes in ecosystems. 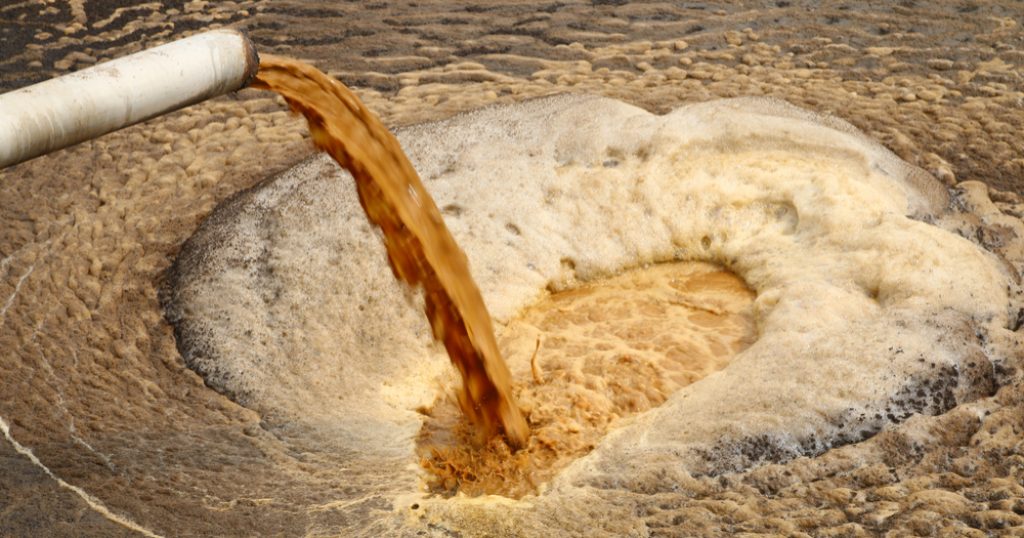 POME also contains a lot of oil, which can be toxic to aquatic organisms if it escapes into rivers and open waters in an uncontrolled way.

Many methods, including very modern and environmentally friendly ones, are being developed as part of balancing the production of palm oil. The question is, are such actions worth the effort?

Despite all the negative aspects of palm oil production, replacing it with other oil doen’t seem to be a greener option. Considering the high efficiency of the African oil palm in terms of the resources needed, it seems to have no equal. Abandoning the production of this oil and replacing it with another, requiring even more land for cultivation, could only cause greater environmental devastation and further loss of biodiversity.

The world’s economy undoubtedly depends on the production of palm oil. The demand for it is constantly growing and is likely to grow even further. Fortunately, in recent years, the largest sales markets (including Europe) are trying to estimate the pros and cons and draw meaningful conclusions. More and more sustainable cultivation and waste management methods are being developed, and forests grubbing-up banned. Such sustainable plantations can actually be an opportunity for responsible economics. However, it is still a rarity, which is being implemented too – as it seems – slowly.

What can we do personally?

If you don’t agree with such state of affairs, choose products with certified palm oil from sustainable plantations. However, if you want to take full responsibility for your consumer choices, we recommend that you give palm oil a wide berth. At least until the ecological and ethical situation of the oil palm plant changes. The change may only be due to consumers pressure – our choices in this matter are therefore of great importance.

Bisphenol A - should we be afraid of it?