In autumn, when the ground begins to be covered with a layer of fallen leaves, we need to find a happy medium between aesthetics and ecology. Some cities declare a completely ecological approach – the leaves stay where they fall, giving shelter to hedgehogs in winter, and natural fertilizer in spring. Unfortunately, this is quite revolutionary and brave idea, most cities don’t intend to give up raking leaves at the expense of urban green aesthetics. So what happens to the leaves after we rake them? They’re often burned, poisoning the air, harming human health and the environment. This is the case, for example, in Ukraine. That is why an idea was created that will help maintain order on lawns in an eco-friendly way. It will reduce air pollution and deforestation. Eco-friendly paper from fallen leaves isn’t actually just an idea – it’s a reality.

How do one produce paper from fallen leaves?

Fallen leaves, collected in city parks and public gardens, are an ideal raw material for paper production. Obtaining them doesn’t require much interference with the environment. In the end, in cities, they would be raked and utilized anyway. It’s definitely better to make use of them. All the more so because to produce 20,000 sheets (about 40 packages) of paper, 1,681 kilograms of leaves are needed. It’s the equivalent of about 10 trees [1].

What makes it possible to produce paper from fallen leaves in the first place, is the high cellulose content (60-80%). To extract cellulose fibers, the leaf must have been properly processed beforehand. Properly selected (and unfortunately adequately expensive) production equipment is able to process approx. 30 tons of leaves a day. 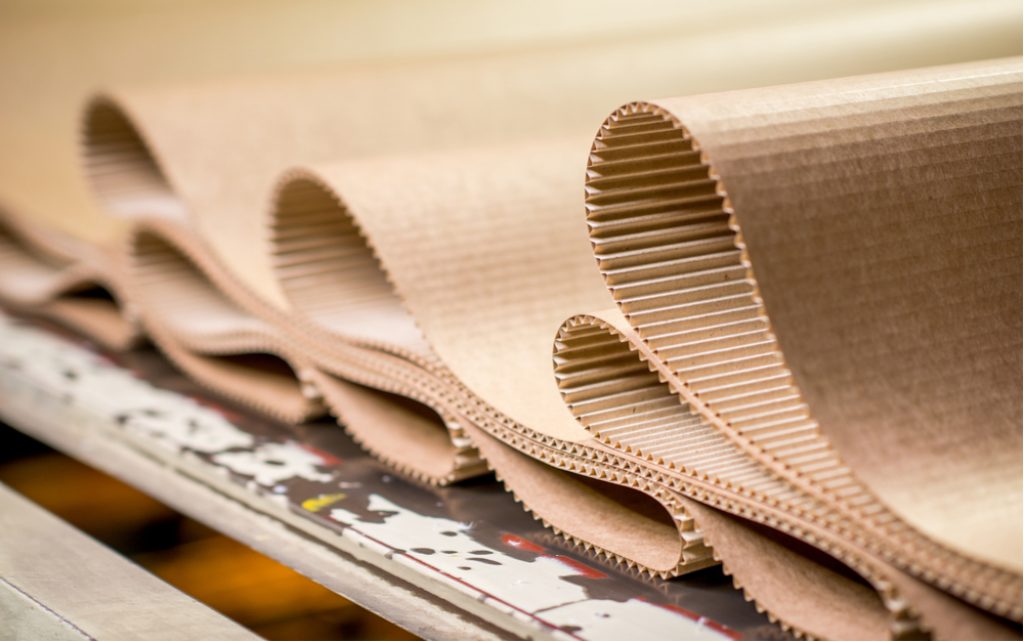 Contrary to what is going through the media, paper from fallen leaves doesn’t look like a white sheet we usually put into the printer. It will not be used in such purpose either. Cellulose obtained from the leaves will be used for cardboard, wrapping paper and paper pulp packaging production. What’s more – it was decided that the leaves will constitute not 100, but 75% of the final product. The rest will be traditional cardboard. Nevertheless, paper from fallen leaves, even if not entirely from lawn’s litter, is a step forward. It will definitely improve air quality in Ukrainian cities that would otherwise be polluted by smoke from burning leaves.

Fascinated with science and technology, a young man from Ukraine has long sought the perfect solution for efficient and harmless cellulose production. Encouraged by teachers and family, he looked for available material that didn’t require environmental damage and had never been used in paper production before. He came up with the idea of ​​fallen leaves, as he admits in an interview, while picking mushrooms.

Valentyn Frechka, iniciator and creator of the technology, obtained his first paper from fallen leaves as a high school student, as part of an academic competition. He also presented his idea outside the country – in Tunisia, Kenya and the USA. Today, Denmark and Finland show interest in the product. The technology, after numerous assays and improvements, has passed the final tests positively. Paper from fallen leaves will soon be produced on a massive scale in Ukraine.

Despite the huge success, the inventor himself is quite modest about his achievements. He emphasizes that he only contibutes to research on obtaining paper from non-wood cellulose sources.

The invention from Ukraine is accompanied by great excitement. No wonder, the idea is simple and very innovative. Not depriving Valentyn of his ingenuity, however, it should be noted that he wasn’t the first. The idea of ​​making paper from fallen leaves appeared more than a century ago, in 1918/1919. The solution was proposed and scientifically supported by researcher Edmont Perrier from the French Academy of Sciences and Karen Dramson. However, the production of such paper did not take place. It’s about time somebody finally get serious about it.

Raking leaves for the winter - necessity or a whim?