‘Pests’ – life and war with rats and insects

What comes to your mind when you hear the term ‘pests’? Starlings? Rats? Snails? Potato beetles, moths, aphids? Depending on the perspective, probably something different to each of you. One thing is certain – this term applies to all creatures that threaten, harm human interests. From an ecological point of view, however, the category of ‘pest’ does not exist at all. What’s more, fighting them often ends with catastrophic, far-reaching consequences. We will try to show you what animals and why are called pests, as well as where we encounter them. We will rise the question about ethical and ecological doubts of various methods of fighting them.

Pests at the table

Let’s start, naturally, from the beginning. Who do we actually call ‘pests’? First of all, organisms that directly threaten food before it hits our table. These are mostly small insects that feed on crops, such as larvae of cabbage fly feeding on cabbage plants (cabbage, broccoli, etc.) or potato beetle on potato tubers. Crops, cereals in particular, are also threatened by larger animals, such as rodents or wild boar and roe deer (however, let us leave the hunters discussion for another occasion). In the case of orchards, the damage is brought by both small insects, such as codling moth, and birds, such as sparrows. We can also come across edible plants’ pests in our private garden. In addition to the above, we are also willingly visited by aphids and snails.

Unfortunately, even after harvesting, our food is not safe. The magazines in which it is stored are constantly exposed to visits of mice, rats and all this tiny creaturs, eg cereal weevils, flour moths or mites. Similarly, when it comes to food being kept in our homes.

Pests in the museum 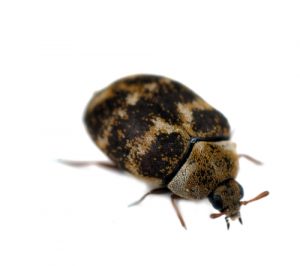 Although exceptionally little is heard about them outside museums and conservatories, exhibits’ pests cause a lot of trouble. For example, museum beetle – small, inconspicuous beetles – especially like to be around textiles, wood, leather and paper. They destroy the exhibits by laying eggs and feeding the larvae in them. If one element of the collection falls their victim, it’s difficult to keep the collection intact. As with valuable items, the use of chemistry is usually not an option. People responsible for the collection are forced to get rid of uninvited guests manually. Which, of course, in the case of tiny eggs, is not so easy.

The presence of home pests may be equally annoying. Who, among us, at least once in a lifetime, hasn’t seen a silverfish? These little Thysanura species rarely causes damage to the book collection – with this one exception, they are harmless. Sometimes even useful. Having this in mind, a lot of people leave them alone, and even derive joy from observing their actions. Their natural enemy are spiders, which – if present in our home – effectively limit their population. 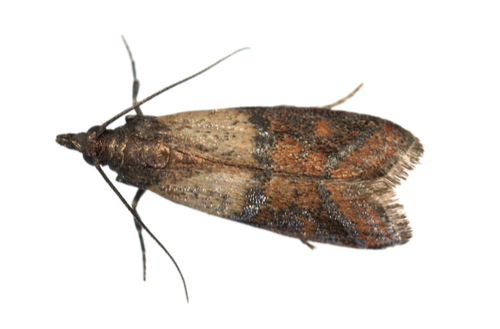 Cockroaches and moths are much more troublesome. Although there are a lot of species, all of them love to rummage in our food. Getting rid of them using homemade solutions is nearly impossible.

However, undisputed rummage experts are mice and, predominantly, rats. While in cities they relatively rarely get into our apartments, unprotected garbage dumps and warehouses (eg at zoological gardens) are a completely different matter. Indeed, these rodents have great adaptability and are able to survive wherever a human lives. It’s only natural that we often get in each other’s way.

You’re too inteligent? Die in agony 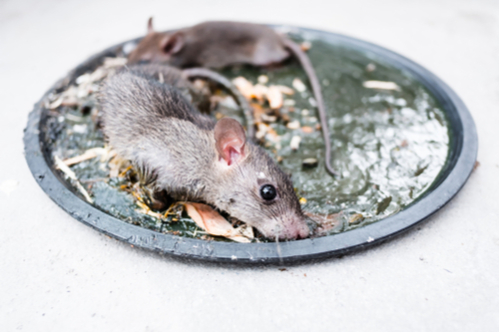 The fight against rodent ‘pests’ is questionable in both ethical and ecological terms. Methods that don’t threaten the environment directly, such as spring or glue traps, are extremely cruel. An animal caught in such a trap dies in agony for long hours.

On the other hand, chemical agents that exhibit high toxicity are ruthless as well. Some poisons cause animal’s body to slowly dry out from the inside (or, as the producers say – mummification). Others, such as poisons based on anticoagulants, cause death through internal hemorrhage. The creativity of deratators, however, does not end there – they also possess poisons that cause neurological problems and literal pain “madness”.

Do not be fooled – this is not a quick death. Poison manufacturers know perfectly well that rats aren’t so easy to be fooled as well. If the animal died a moment after eating the drug, the rest of the group would not touch it anymore. In such situation, the entire extermination plan would go to hell. That is why poison kill slowly, usually for a few days.

Rodenticides, or how to kill an owl while targeting a rat 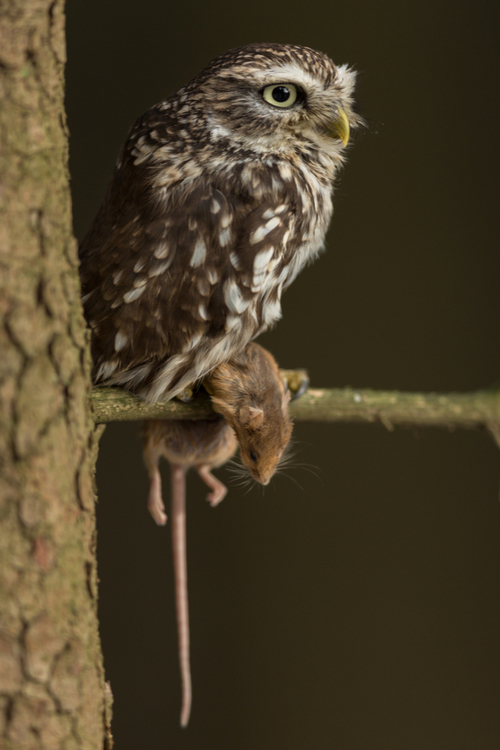 Rodenticide poisoning can also occur in children, if they eat colorful granules out of curiosity, or in greedy dogs on a walk. In this case, however, we are responsible for the other being and we are usually able to react properly, call for professional help. The situation is quite different in when it comes to wild inhabitants of urbanized areas. Small organisms which can compete with rats for access to food, such as starlings or voles, die from rodent poisons unnoticed, far beyond our consciousness.

All predators that hunt a poisoned rat (or other animal that was not the target of a exterminator) may be indirectly affected by chemical rodenticides with anticoagulants. This, of course, also applies to scavengers who feed on corpses. As the blood clotting mechanism works in the majority of mammals and birds in the same way, they may accidentally become a victim of the so-called secondary poisoning. A poisoned rat loses the ability to escape and the need to hide, which increases the probability of exposure to predators, such as owls. The poison is accumulating in their body, often reaching lethal concentrations. Such concentrations can be achieved exceptionally quickly – the more so that one rat can eat a dose several times higher than its lethal dose.

As if that was not enough, under the influence of poison, a rodent with a nocturnal lifestyle begins to go out into open spaces also during the day. This is an opportunity for an easy (and often fatal) feast for foxes, weasels, kestrels and buzzards. There have also been reports on the presence of rodenticides in the bodies of minks, hedgehogs and even strictly protected lynxes.

The problem is that poison may be eaten by insects, which are eaten on further trophic levels. Insects themselves can already be poisoned with pesticides that aim in them directly (it probably causes even more environmental consequences). So let’s assume that the insect-hunting bat will accumulate insecticides and rodenticides in its tissues, the predatory bird will eat some of these bats, including several poisoned rats – and another indirect victim of our fight against pests falls dead. Unfortunately, there are no accurate estimates of the number of animals poisoned this way, but this does happen on a large scale.

Humane extermination? There you go.

How can we fight such state of affairs? Of course, we will not urge you to tolerate stowaways in your life, but there are alternatives to harmful rodenticides that you might want to consider. They are not only better for rodents, which, after all, don’t act intentionally against us – they only fight for their own survival, but also for other wild animals, which found themselves in this chain by accident.

First of all – there are sound and fragrance repellents on the market that are so intolerable for intruders that they simply give the area a wide berth. In the case of few or slightly bigger ‘pests’ a good solution can be a live trap, which allows you to catch visitors and transport them in a non-threatening place (although some claim that rodents are unable to cope in a completely alien environment).

One of the most effective, ethical methods to reduce the population of rats in the city is ContraPest. It is an innovative product that impairs the reproductive functions in rodents, preventing them from having offspring. It have been tested fa few years ago in New York or the first time – due to its use, the population of rats inhabiting the local subway has halved.
Above all, however, it is worth preventing these “pests” from getting into garbage dumps, buildings, apartments and places where food is stored. Any leaks in the façade should be immediately repaired or reported, and personal supplies should be kept in tightly sealed packages / jars. Cleanliness and immediate removal of any leftovers is also a good way to discourage unwanted guests from visiting.

There are really many alternatives – maybe instead of reaching for the most popular solutions, it is worth trying to solve the problem peacefully and without any harm to the rest of the Earth inhabitants?