On September 25th, 2015, at the headquarters of the United Nations in New York, at the summit of the Sustainable Development Agenda 2030, it was finally decided to stop the stagnation. Representatives from over 100 countries, religious groups, academia and business unanimously decided to work for the benefit of the planet and future generations. As a result of the meeting, 17 Sustainable Development Goals were developed and agreed upon by all (193) representatives of the Member States. In their implementation, the key is to undertake an effort that is to serve each and every one of us. Activities must be undertaken in three areas of sustainable development: social, economic and environmental.

Goal 1: End poverty in all its forms everywhere

Around the world, 183 million people still live below the poverty line, which is less than $ 1.90 per day. Most of them live in the southern part of Asia and sub-Saharan Africa, mainly in countries affected by political and social conflicts. It is estimated that in 2016, only 45% of the population had access to healthcare services. Poverty, however, is definitely a broader issue. Its manifestations also include hunger and malnutrition, limited access to education, discrimination and social exclusion, as well as the inability to participate in making social decisions. Economic growth must therefore be inclusive and promote unhampered equality.

Today, 1 in 9 people suffer from malnutrition. It is the equivalent of 815 million people around the world. 13% of people living in developing countries live this way. Undernutrition is also the cause of nearly half of the deaths of children under the age of five – a little over 3 million each year. There are also controversies regarding food safety, which is produced in an unsustainable way, contributes to environmental pollution and climate change. How we manage food and how we produce it is therefore a key issue that we need to answer as soon as possible. On a global scale.

Goal 3: Ensure healthy lives and promote well-being for all at all ages

Although we live longer thanks to the development of medicine, vaccines and better availability of pharmaceutics and more and more children can enjoy health, there is still much to do. There is no equal access to health care in the world, just as it is not equal for all social groups. Both the development of better financing of health systems and the improvement of sanitary standards as well as education on the subject of a proper hygiene (and access to the means to maintain it) seem to be important in achieving this goal. In terms of health, one can’t forget about the fight against harmful environmental pollution (air and water purification are required).

Around the world, nearly 265 million school-age children suffer for not having access to education or don’t use it for other reasons. Many people around the world are still illiterate. The improvement of such state of affairs is crucial if we want to build a better future for our planet together. In addition, access to education is the basic right of every human being. However, the obstacle is poor school infrastructure in developing countries, as well as low competences or deficits of teachers. Another huge problem that requires action is the exclusion of women from the education process, which is at least not acceptable, and certainly not fair in the 21st century.

Goal 5: Achieve gender equality and empower all women and girls 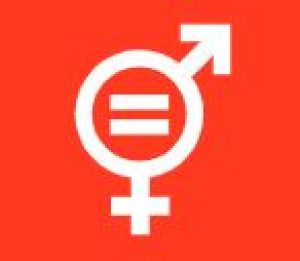 Sexual inequality is a very broad and difficult issue. In addition to access to education, many women can’t manifest their basic human rights. Premature and forced marriages are just the beginning. Annually, still about 200 million young women and completely small girls are circumcised against their will, usually in shameful hygienic conditions (many of them lose their lives because of it). It is estimated that 1 in 5 women experience violence from their partner at least once in a year. In 49 countries around the world, they are not even protected by law. In addition, in 18 countries, a man can legally prohibit his wife from earning money. While this is mainly a problem for developing countries, “highly developed” countries are still struggling with the unequal salaries for men and women working on the same positions.

Goal 6: Ensure access to water and sanitation for all 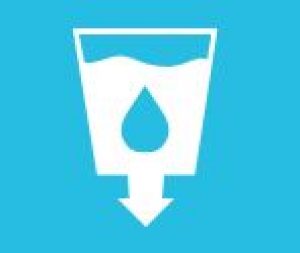 In the world, there is also no equality when it comes to access to drinking water. As many as 1 in 4 medical facilities have a problem with this, not to mention the private needs (3 out of 10 people in the world don’t have access to safe water and 6 out of 10 don’t have access to sanitary infrastructure). Water management struggles with other equally serious problems. It is mainly about its pollution resulting from the lack of proper processing of liquid waste. As a consequence, there are not only people who suffer – various vulnerable ecosystems do as well. Better management of water resources, their protection and care for cleanliness, as well as the extension of sanitary infrastructure in places where it is lacking, are some of the priorities of sustainable development.

If we are already on the subject of environmental pollution, we can’t forget to mention energy. This is probably the area in which financed the most – and again for a reason. In 2012 alone, air pollution caused by the burning of fossil fuels contributed to the death of nearly 4.5 million people. As you probably know, they are also one of the causes of the greatest environmental disaster of our time (which drives all the others) – climate change. Although renewable energy sources are an increasing percentage of electricity sources in general, we are still far from solving the problem. That is why clean energy investments are the basis for pro-ecological activities in the coming years for countries that have adopted the Sustainable Development Agenda 2030.

Goal 8: Promote inclusive and sustainable economic growth, employment and decent work for all 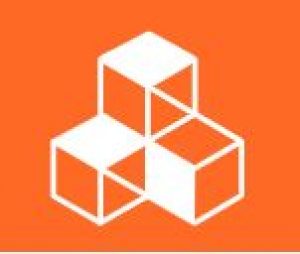 This is probably the only point of the Agenda, the implementation of which may come into conflict with ecology. Although development and infrastructure are to be balanced, it is hard to imagine the disappearance of roadless areas on an even larger scale than it is today. This point assumes, to a large extent, the construction of infrastructure, which will ensure better communication and flow of goods in areas where it is currently lacking. The goal assumes industrialization and technology to make life easier for people. Increasing the energy efficiency of production processes and electrical devices is also taken into account, but the interpretation of this point may vary. The consequences of implementing it on a global scale may vary as well.

Goal 10: Reduce inequality within and among countries

This very prosocial one of Sustainable Development Goals, if implemented prudently, it can really change a lot in the world. The countries involved are to work together to make the living standards in different regions of the world equal. Within the countries themselves, however, governments are to fight social and political exclusivity. Issues regarding gender and religious inequality, ethnicity etc. will be slowly solved. To achieve this goal, protection of rights and security of migrants also have be taken into account.

Today, 3.5 billion people live in cities – that is half of all of us. By 2030, it is expected that another 1.5 billion will migrate to the agglomerations. Therefore, the point concerning cities had to be included for the purposes of sustainable development. On the one hand, this is good news – cities constitute 3% of the earth’s surface, therefore it is better that we create more and more compact human ecosystems, leaving a space for wild nature. On the other hand, 75% of carbon dioxide emissions come from cities – it’s hard to imagine how much it will rise if they continue to expand. That is why it’s so important to implement the idea of ​​smart cities that combine functionality with ecology. One of the main ideas is to purify the air by introducing eg electromobility. 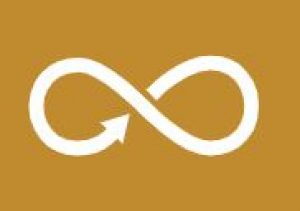 Experts assume that if we don’t change our habits and lifestyle, and the population will reach the expected 9.6 billion people by 2050, our planet simply won’t afford to keep us. Three planets identical to Earth would be needed to provide us with sufficient natural resources. Unfortunately, we don’t really have two additional planets, so changing consumer attitudes is essential. Manufacturers must therefore focus on balancing production, limiting resources, and consumers need to drive these changes. Countries must implement programs to fight food wasting and distribute it better, to recycle waste more effectively and, most importantly, to educate.

We are finally going to purely ecological point. As the world has ceased to neglect climate change, and the evidence for its unnatural acceleration is compelling, action must be taken immediately. Again, to effectively fight with something so ubiquitous, it is necessary to have people’s support and social understanding. That is why the emphasis in this point of the Agenda is put on education and building awareness and a sense of responsibility. Each country is also obliged to seek and implement solutions that limit greenhouse gas emissions as soon as possible.

Goal 14: Conserve and sustainably use the oceans, seas and marine resources

What is most important to our climate and to sustain life in general is undoubtedly the oceans. They store 97% of the water available on Earth and 99% of organisms living today. This situation, however, changes drastically, so we need to protect open waters in all possible ways. Above all, the pollution of the sea should be reduced – both direct and one that flows from the rivers. As most fisheries in the world are overexploited or nearly exploited, we need to deal with unsustainable fisheries and illegal poaching. The goal is also to provide legal protection for at least 10% of the coastal areas and seas until 2050. 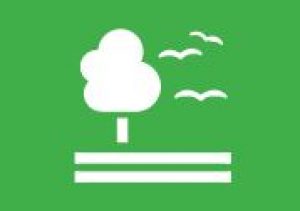 Forests are home to 80% of all terrestrial plant and animal species. The human demand for resources offered by the forest (including land that is necessary for cultivation) has resulted in the removal of 3.3 million hectares of these ecosystems in just 5 years. It causes an alarming loss of biodiversity and desertification of the earth, and as a result a phenomenon that has been officially named the 6th mass extinction. In this case, our consumer choices are also of great importance (eg a vegan diet allows for a significant reduction in land use and environmental pollution). The governments, in turn, have to embrace the legal protection of primary forests and forests in general, use them in a sustainable and non-threatening way, protect valuable species, and limit the spread of invasive ones. 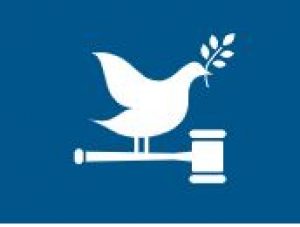 All this can succeed only if there is peace and prosperity in human societies. It is also important that we all take responsibility for the above Sustainable Development Goals and strive to implement them. Corruption must therefore be fought and justice promoted at national level. It is necessary to fight both social inequalities and violence within them. Enterprises, in turn, should be transparent and promote the integration of developing countries.

United in action must be both citizens, as well as governments and enterprises. International financial cooperation and long-term foreign investments are to be promoted. Ideally, of course, if it concerned developing countries and sustainable energy, transport and technological advances sectors.

How are Sustainable Development Goals going to work?

In July 2015, in the Ethiopian capital it was established that each member country of the European Union, which joined after 2004 (including Poland), will aim to allocate 0.33% of gross national income to official financial assistance in achieving the Sustainable Development Goals of the Agenda. The remaining Member States are to spend 0.7% of GNI a year. How will Sustainable Development Goals really work? Well, we shall see in 11 years.

Palm oil - what is all that fuss about?

Why do people use CBD? - research