Noise pollution poses a growing, though paradoxically invisible, threat. Its effects are already felt both on land and in the oceans. The consequences of the growing noise affect people as well as the rest of nature. The problem is, of course, the biggest around cities, but along with cutting through wilderness with concrete, oceans with ships and cutters, and the atmosphere with airplanes, anthropogenic sounds penetrate almost every corner of the Earth. It’s estimated that environmental noise is more and more severe and its intensity will only increase – due to progressing urbanization. What is the real danger of noise pollution for humans and for natural ecosystems? But first things first.

Excessive noise, categorized today as one of the anthropogenic pollutants, like smog, concerns air. It’s through it that unwanted sound waves spread. Noise is largely a subjective concept, but it’s assumed that sounds with a value of 80 decibels can damage human hearing. In fact, however, this value can be exceeded even by the oncoming subway or a working mower. In addition, even a much lower volume of sounds can cause a deterioration in comfort of life. 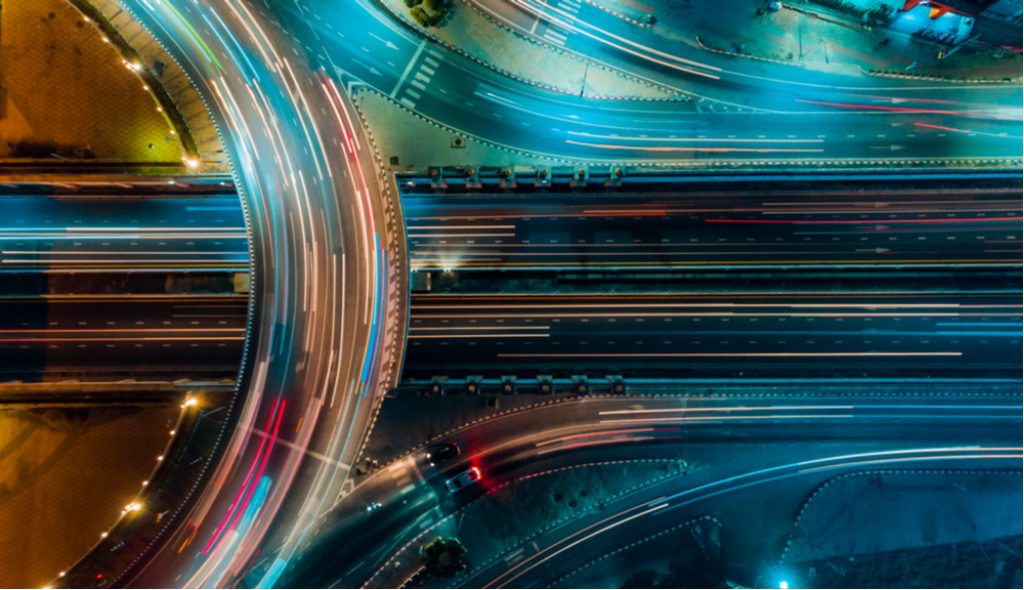 Therefore, noise pollution can be described as any undesirable sound that negatively affects the health and well-being of people and other organisms. The main sources of environmental noise, to which we and other animals are exposed (not only in cities), are industry, road, rail, air and sea traffic. In a word: machines.

It’s worth noting that not all noise, subjectively defined as such, must cause negative consequences. Despite this, the estimates of international organizations clearly indicate that the harmful noise level concerns the vast majority of residents of urban areas. According to a report estimated by the European Environment Agency [1], at least one in five people in Europe is exposed to noise identified as harmful to health. 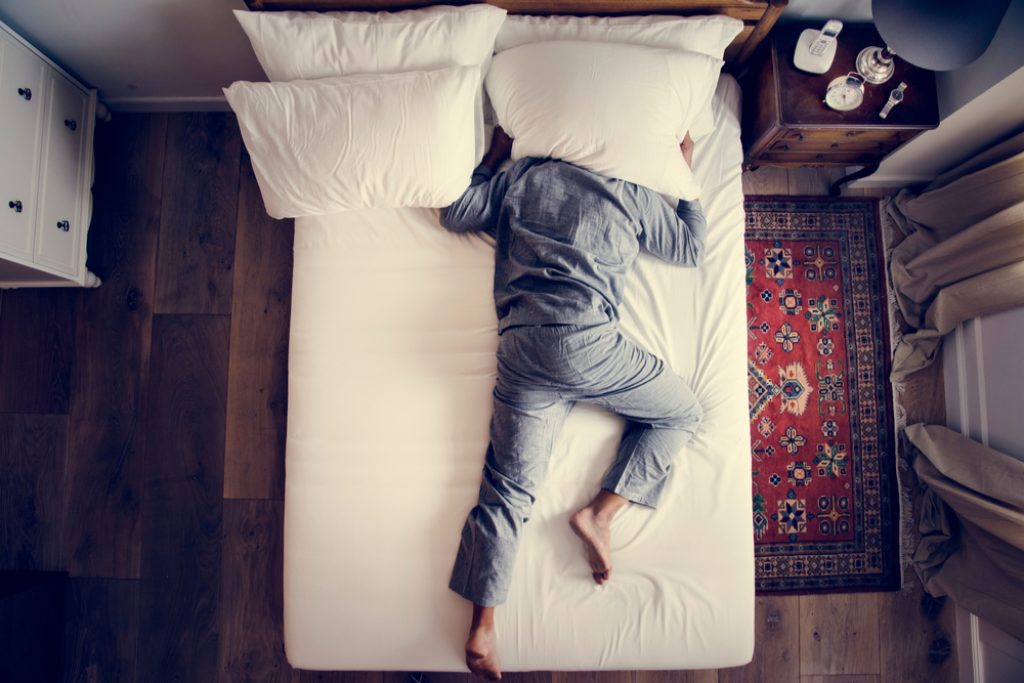 Estimates for Europe indicate that over 100 million people are exposed to continuous noise from various transport sectors, with a minimum of 55 dB [1]. Importantly, noise pollution from transport is considered to be the second most important environmental cause of ill health in Europe. It’s right after air pollution caused by harmful compounds and molecules. Long-term exposure to noise is associated with an increased risk of negative, physiological and psychological health effects. These include: cardiovascular and metabolic disorders and diseases, cognitive impairment in children, as well as the previously mentioned irritability and sleep disorders [1].

Who is most exposed?

However, noise pollution isn’t just a matter of individual health. It’s also a major social issue. As with most such problems (e.g. heat stress), the threat of environmental noise isn’t evenly distributed throughout society. Some are particularly vulnerable to feeling its consequences and at the same time have the least opportunity to protect themselves from it. These include poor people, ethnic minorities, as well as some professional groups [1].

The socioeconomic status has a significant impact on the ability to avoid noise and cope with its effects. This happens, among others, because high noise levels can lower local house and apartment prices, making real estate more affordable and therefore attractive to people with lower incomes or somehow excluded. People who work in the transport (also public) sector and at construction sites are also susceptible to feeling the health effects of being in noisy environments. Negative effects of contact with noise can also be influenced by individual factors, such as age, lifestyle or health condition.

Contrary to what one might think, anthropogenic noise affects not only sensitive species directly exposed to intense sounds, but also many terrestrial and aquatic animals that inhabit very different ecosystems, often distant from human clusters. Although noise responses depend on the species, its negative effects, for terrestrial animals, may begin to appear as low as 40 dB [1]. Not only the intensity of sounds is important here, but also e.g. the frequency of the wave. 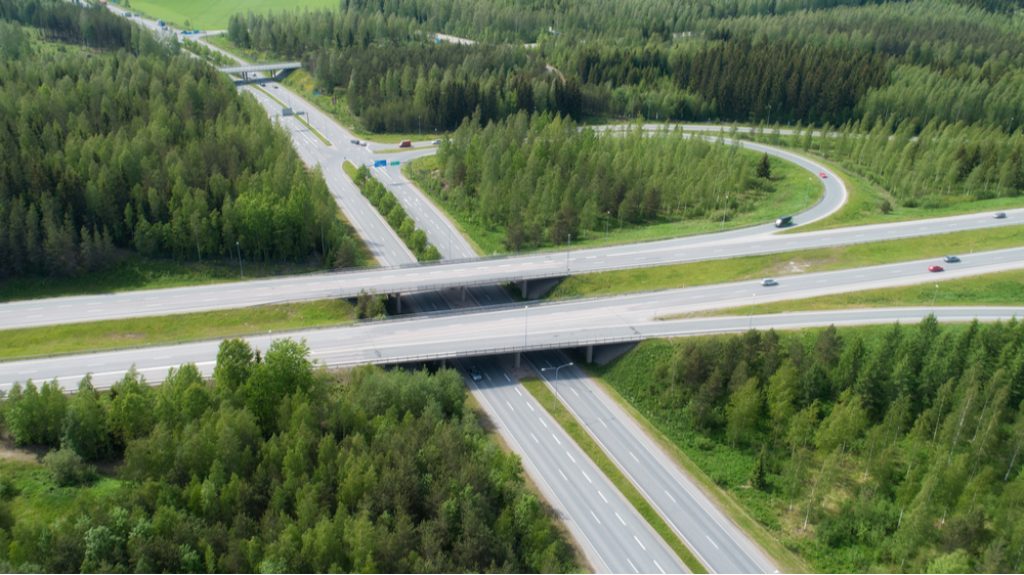 Noise pollution can change animal behavior and even affect their physiology. As a consequence, reduced reproductive success, higher mortality and intensified migrations among many animal species are observed. Such disorders strongly affect biodiversity both within the population and within the ecosystems themselves. Today, at least 19% of nature protection areas covered by the Natura 2000 network are in areas around which noise levels exceed road, rail and air traffic thresholds set out in the environmental noise directive.

Today we know that permanent noise can cause in changes in animals’ activity, use of space and migration, feeding and supplying young, mating behavior, as well as territorial defense and vigilance towards predators [1]. A very well researched (because the most easily observable) problem in connection with exposure to noise is a communication disorder among animals.

Birds have especially big problem here. Robins, for example, use singing to signal aggression and resolve conflicts arising from competition – before they escalate. The complexity of sound signals is closely related to their intentions, especially in the case of aggression. It turns out that the recipient of such an aggressive signal, in the presence of noise, is not able to match his answer (and thus probably also assess intentions) [2]. According to the authors of the study, noise pollution may therefore negatively interfere with the competitive behavior of birds and have consequences for their evolutionary adaptation.

Noise can disturb animal communication, but not only the one based on sounds. For some amphibians, it may also have consequences for visual signaling [3]. Exposure to unwanted sounds, in addition to increasing levels of stress and immunosuppression, causes aberrations in the coloration of vocal sacs (a flexible membrane that enhances sounds) in male tree frogs. This, in turn, affects sexual selection in these animals (noise has the greatest impact on males with the most attractively colored resonators). Disturbances in reproduction and selection of a partner lead to significant disorders in the population in general. 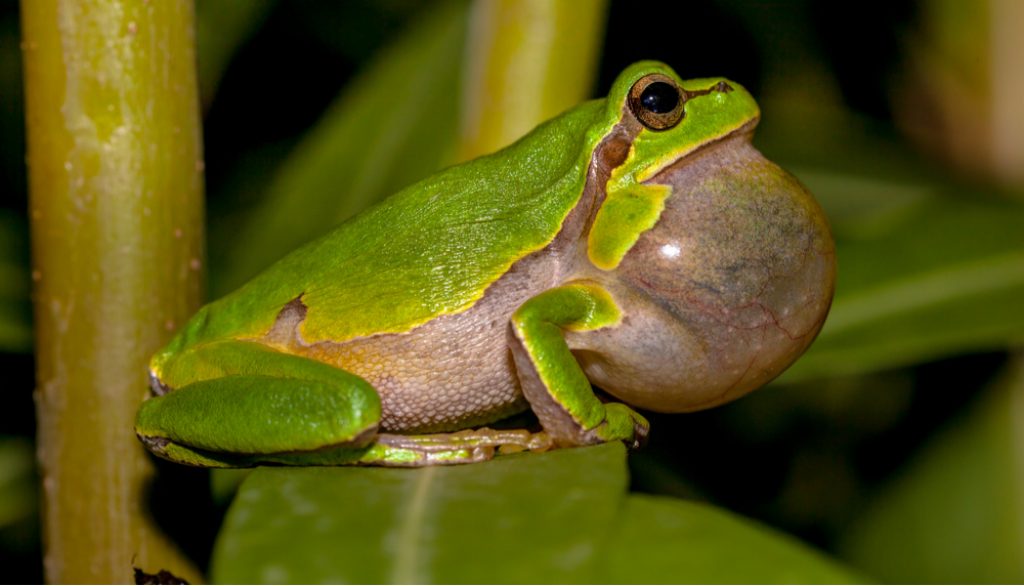 Noise pollution, unfortunately, affects the animals living in the ocean no less. Ships, oil wells and sonar devices have made the once calm marine environment loud and chaotic. Cetaceans (including dolphins), whose life depends on echolocation, are particularly vulnerable to intensified noise. These marine mammals rely on it to communicate, navigate and find partners – excessive noise interfering with echolocation therefore disturbs many of their key cognitive behaviors and functions [4]. Sonar devices, which sound intensity can be as high as 235 dB, are a special problem. Such sounds can damage cetaceans’ hearing organs, not to mention disorientation (and their mass stucking on the beaches, reported in this connection) [4].

… and even kills zooplankton

This type of equipment is used to search for oil deposits at the bottom of the oceans. This has a huge impact on the health and functioning of many marine organisms – not just the cetaceans mentioned above. During the so-called seismic surveys, compressed air ‘bullets’ are sent deep into the ocean at high speed, resulting in enormous noise in the aquatic environment. This is a noise of greater intensity than that generated at the launch of space rockets. Such sounds are lethal to organisms at the very base of the oceanic food chain, collectively called zooplankton [5].

The effects of launching a single projectile are visible among small crustaceans up to 1.2 km (and probably even further) from the event [5]. Within an hour of a single shot, the amount of zooplankton in this area decreases by an average of 64% [5]. It should also be taken into account that the waves are emitted every 10 seconds, throughout the day and night, and the ship with machines emitting them moves. In this way, a large amount of zooplankton can be killed in a very short time. Such a huge disturbance can cause a whole series of cascading events in the ocean’s trophic network. 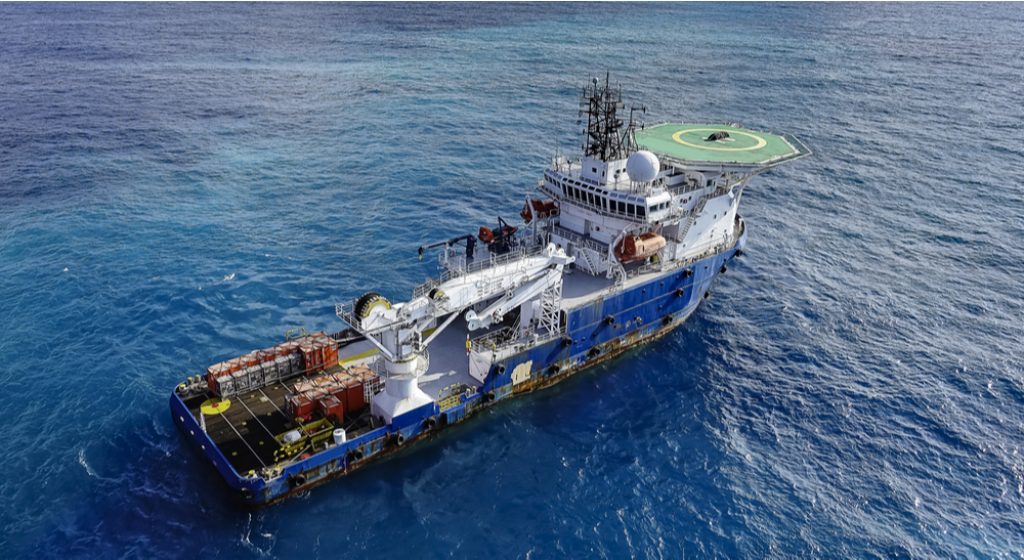 Noise pollution can therefore have huge health and social as well as ecological consequences. Despite attempts to combat environmental noise and develop ways to manage it, so far the problem is only growing. For now, unfortunately, we are mainly able to assess the risks. It looks like installing acoustic screens and creating so-called “quiet areas” doesn’t solve the problem.