During fatigue, excessive stress, or simply during periods of increased illness, it is important to take care for our immunity. Many of us prefer to use the most natural methods possible – that’s why we often use cannabis for this purpose. However, it’s worth to do it wisely, because, although for spectacular effects one would need really high doses, different cannabinoids in different situations affect the body in… well, different ways. Supporting immunity with cannabinoids is possible – but immunosuppression is also possible, but desirable only in specific cases.

In the article below, we will try to show how THC and how CBD work in the endocannabinoid system, and how it matters for the body’s defense responses.

Each mammal, and therefore also a human, has the so-called endocannabinoid system in its body. Endocannabinoid receptors located within it (e.g. CB1 and CB2) are adapted to receive signals from chemical compounds naturally occurring in the body, ligands called endocannabinoids (e.g. anandamide). However, they also react with cannabinoids supplied from the outside – for example those in cannabis such as THC or CBD.

This system is responsible for many key functions in the body, among others appetite, pain, mood, memory and immune responses. While CB1 receptors are mainly found in the central nervous system, CB2 receptors can be found in the bone marrow, thymus, tonsils and spleen – i.e. directly in the structures of the immune system [1]. Therefore, they are credited with anti-inflammatory and modulating defense functions of the body in general. Supporting immunity with cannabinoids, however, is not so simple.

THC, as a partial agonist of CB2 receptors (it attaches to them) acts immunosuppressively (blocks immune reactions) – and therefore also anti-inflammatory – including by indirectly stopping the division and expansion of T cells [1]. Direct stimulation of the CB2 receptor therefore modulates the inhibition of the production of antibodies and immune cells [2]. Due to this, high potential is seen in THC in the treatment of autoimmune diseases or as a means of reducing the likelihood of inflammation after transplantations. 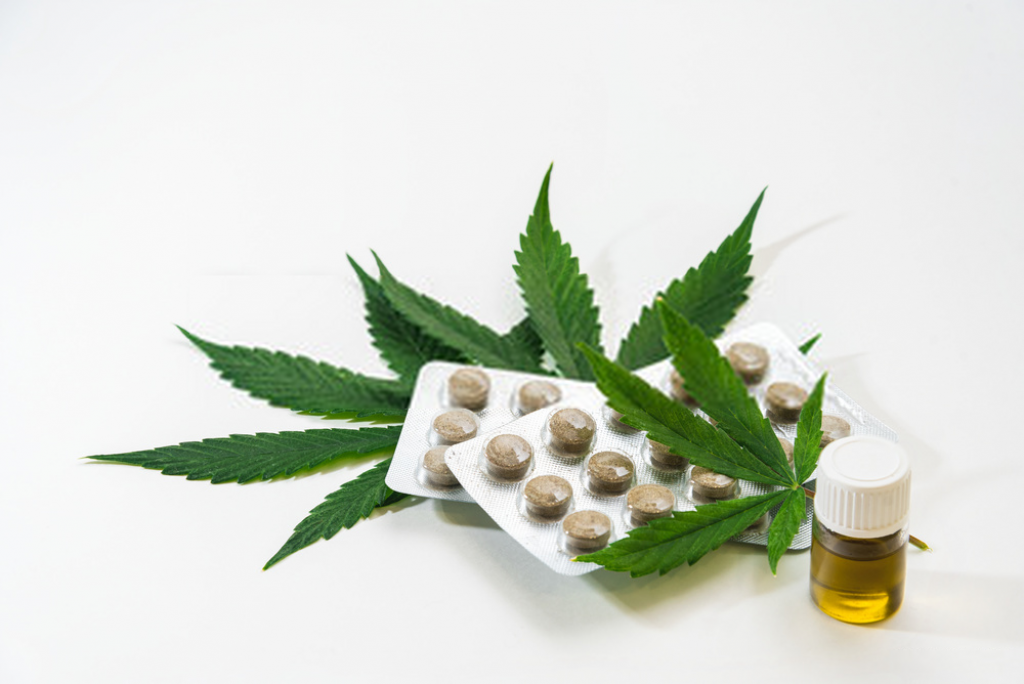 CBD, in turn, is an inverse agonist of this receptor in the endocannabinoid system [3]. This means that by attaching to it, it blocks access for other molecules that normally stimulate it – including for immunosuppressive activities. It can therefore be concluded that the molecules that send CB2-mediated signal to stop the body’s defense functions are effectively blocked in the presence of CBD. This is especially important, e.g. during fatigue and excessive stress, when the body needs additional help. However, CBD help is not so much about boosting immunity as about blocking substances that lower it.

But beware – it shouldn’t be too easy – cannabidiol (CBD), like THC, has immunosuppressive effects as well [4]. The scheme of its operation described above is in fact partial, incomplete. Various cascading events occur in the body that are extremely difficult to capture and describe in detail.

Supporting immunity with cannabis – a proven method or blind shooting?

According to researchers, its immunity enhancing effect is dependent, among others, on the concentration taken [4]. Interestingly, CBD increases or suppresses the production of cytokines (key proteins in the body’s immune response) depending on the degree of immune stimulation. So if immunity is low – CBD increases it; if unnaturally high (and we are dealing, for example, with extensive inflammation) – it lowers it [4].

It’s all very confusing, right? No wonder, since there is no scientific consensus or well-established knowledge about how exactly CBD behaves and through which structures, receptors it does so [4]. It should be remembered that studies on the immunomodulatory effects of cannabinoids – although reliable – do not yet provide answers to all key questions. The effects are observable, but science is not yet ready to encapsulate this fact in spectacular headlines.

It is certain that psychoactive tetrahydrocannabinol (THC) works immunosuppressively in most cases. Therefore, if we don’t care about “suppressing” inflammation, it’s better to limit the consumption of this substance at the time of reduced immunity. Supporting immunity with cannabinoids, although often taken for granted, may not always produce the desired effects. It is certainly safest to use proven CBD oils in small doses – and listen to our bodies.