In the case of cannabidiol, one often finds the opinion that it works best only in combination with other phytochemicals. For this reason, full spectrum oils, containing all valuable compounds present in cannabis, are much more valued than e.g. CBD isolates. All because the action of one substance can be strengthened or enhanced by another. Sometimes we get better health effects if different cannabinoids and terpenes occur together than if we consume a given cannabinoid separately, isolated from the whole. How exactly does the synergistic effect of cannabinoids look like and what does science say about the “entourage effect”?

THC and CBD – The best known synergy in cannabis

The best known and most accurately documented synergistic effect of cannabinoids, certainly occurs between the two best known of them: THC and CBD.

What seems to be the most important for recreational cannabis users, is the soothing effect of cannabidiol on psychoactive tetrahydrocannabinol [1]. CBD is able to, to some extent, eliminate the undesirable effects of THC, such as the intensity of intoxication or tachycardia (acceleration of the heart rhythm).

If we consider the therapeutic effect of both of these compounds, the researchers managed to observe much more relationships. Both THC and CBD have strong anti-convulsive effects. Although, as a rule, CBD is more effective, e.g. in the treatment of epilepsy, both of these cannabinoids work better if used synergistically [1]. The same is true for the analgesic properties of both compounds.

Another cannabinoid, CBG, may work synergistically with THC as well. It turns out that cancer therapy (in the case of breast tumors) may be more effective if CBG cooperates with THC [2].

Synergic effects of cannabinoids and terpenes

What is described in literature as the “entourage effect” suggests the positive synergistic effect of cannabinoids and terpenes, i.e. aromatic compounds. Reports of this type of complementary action in cannabis are mainly anecdotal, but scientists are taking a closer look at it, and potential relationships are described in professional literature. 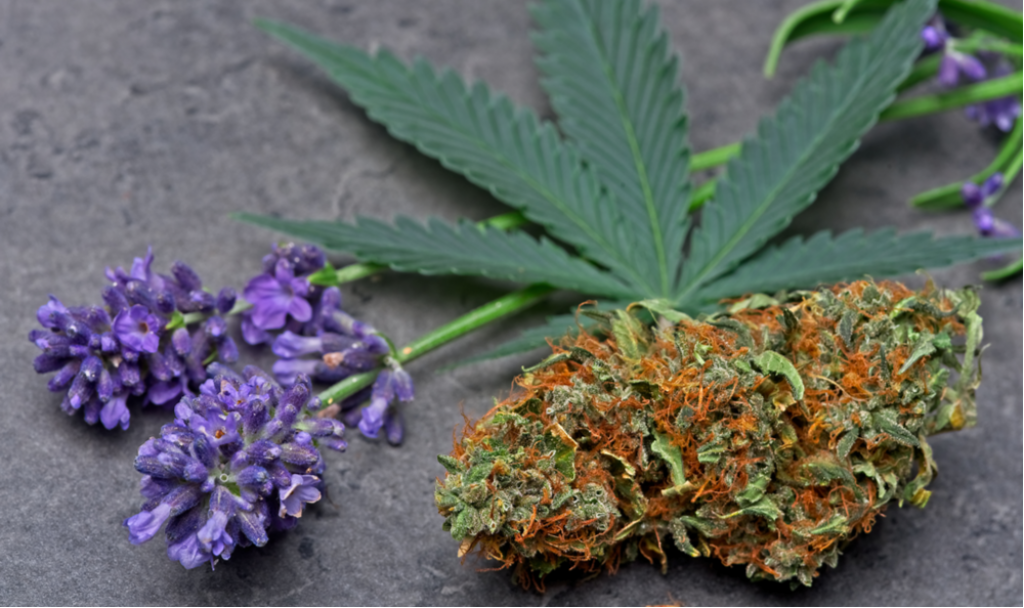 There are more than 120 [3] terpenes distinguished in cannabis, including, e.g. limonene, myrcene, α-pinene, linalool, b-caryophyllene, caryophyllene oxide, nerolidol and phytol. They are taste and aroma components common in human diet and known for their health-promoting properties. They can also potentially support the therapeutic effect of cannabinoids.

CBD itself is known for its anti-inflammatory properties, also in the case of acne [4]. Cannabidiol also indirectly reduces the secretion of sebum. Two terpenes quite common in cannabis, limonene and linalool, can provide complementary effects to CBD in this regard. They have anti-inflammatory properties as well. Pinen, known for its anti-acne action (the main active ingredient, e.g. in tea oil) can also found in cannabis – so it can help CBD in the fight against acne.

Cannabis and MRSA, or the extremely stubborn bacteria

Bacteria called MRSA, or methicillin-resistant Staphylococcus aureus, as it turns out, is not fully resistant to some cannabinoids [4]. Both CBD and CBG deal with it quite effectively. Similarly, the aforementioned terpen present in hemp – pinen. It’s also effective in the fight against some other antibiotic resistant bacteria. Therefore, it seems that CBD oils with a high CBG content and natural terpenes can be an effective antiseptic.

Cannabis and stress, anxiety and insomnia

Cannabinoids, in particular CBD, are known for their mood-improving and relaxing properties. They are especially good for relieving chronic stress and anxiety. Some terpenes may have similar effects, e.g. limonene (also present in citruses) [4]. It looks similar in the insomnia treatment, where cannabinoids from hemp give very good results. Certainly, terpenes with analgesic, anxiolytic or sedative effects may complement such activity – especially caryophyllene, linalool and myrcene. 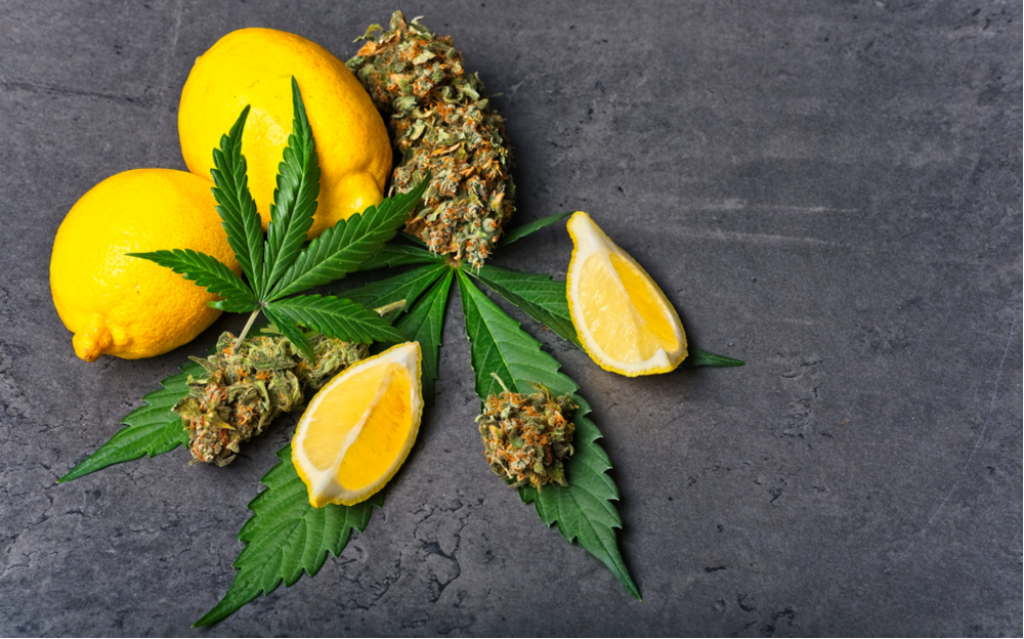 Is there a scientific consensus?

Unfortunately, the scientific community is constantly arguing about the principles of interaction of phytochemicals in cannabis. Despite the potential benefits that the synergistic effects of cannabinoids with terpenes may bring, an article published [5] at the end of last year didn’t confirm their direct impact on the endocannabinoid system. However, authors don’t deny the phenomenon known as the “entourage effect“. On the contrary, they suggest that synergy between compounds can occur outside endocannabinoid receptors. Thus, the researchers opened up a new area of ​​research and further encourage others to undertake it. For now, we can focus on the perceptible effects of cannabis as a whole and patiently wait for the progress of science.