There has been a lot of talk about medical marijuana and the health-promoting properties of cannabis recently. The voice is taken by both enthusiasts and skeptics. Such a discrepancy is partly the result of myths about cannabis, which are constantly present in the public debate. Many people still think that marijuana is a drug, and the active substances in it serve only recreation. It is worth to understand better what these substances really are, what are the differences between them and when are they applied. So let us unravel the myths and understatements about the two most known cannabinoids: THC and CBD.

Firstly, what are cannabinoids?

Basically, we distinguish three groups of cannabinoids: synthetic, vegetable (naturally occurring in plants) and endocannabinoids (synthesized by animal organisms). They act on our bodies due to affinity to cannabinoid receptors which are part of the endocannabinoid system. This system is responsible for many key functions in our bodies – its receptors are found in the glands, immune cells, nervous system and internal organs. Cannabinoids can therefore significantly affect homeostasis (maintaining the balance) of the whole organism.

Both THC and CBD are the most important of the 60 plant cannabinoids found in cannabis (Cannabis L.). These substances are isomers – they differ little: only in the distribution of atomic bonds in space. Little and much, because their performance in the animal’s (and therefore also human’s) organism is fundamentally different. 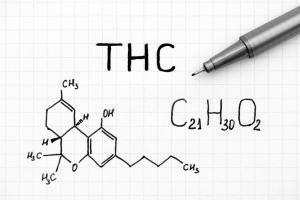 The substance that brought hemp both a crowd of supporters and opponents is THC. It has a strong psychoactive effect, because it acts directly on the receptor called CB1, located in the central nervous system. THC in large quantities evokes a strong feeling of euphoria, but sometimes – which seems to depend on the psychological state of the host – also anxiety. In controlled amounts, however, it is widely used in medicine (e.g. as a medicine called Dronabinol). THC can be beneficial for people struggling with various diseases.

When does THC find medical use? 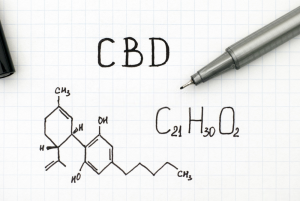 In contrast to THC, CBD has no psychoactive properties. It also does not directly bind to cannabinoid receptors. Fortunately, CBD is also legal, so CBD oils can be bought and used without fear. In addition, cannabidiol shows no toxicity even at high doses. Although the scheme of its action in our bodies causes a lot of problems to science, it undoubtedly has a number of beneficial properties.

When does CBD find medical use?

Some researchers emphasize that the best medical effects can be achieved by combining the beneficial effects of THC and CBD. It is because one substance affects the other. The main point here is to eliminate the undesirable effects of tetrahydrocannabinol with cannabidiol, but not only. Some health effects seem to be greater, but we don’t necessarily know why.

When do CBD and THC find a synergic application in medicine?

Today, there is no doubt that cannabis find its application in medicine. We will have to wait a while before the obsolete myths about it disappear from the foreground, but everything seems to indicate that we are starting to follow this path already. One should finally acknowledge that cannabis deserves much more than just the status of a narcotic drug.

CBD and chronic pain - how does it work?