Water safety is one of the main socio-ecological topics that we have recently touched upon in public debate. A “healthy” water circulation in the environment is a key issue for the life of humans and other animals – especially in a changing climate, interwoven with extreme weather phenomena. Water retention in cities is extremely important – after all, there will only be more people in urbanized areas. Sponge cities, or cities that hold water locally, are safer in the event of sudden downpours and potential floods, and are more resistant to water stress, droughts and heat waves. The more water is stored, the greater the evapotranspiration, and therefore the less severe the urban heat island effect. Such ‘absorbent’ urban areas also reduce the pressure on natural aquatic ecosystems. Water retention in agglomerations is therefore a comprehensive benefit, and in the modern world almost a necessity. So what are our solutions?

The first – and generally fairly easy to implement – idea is green roofs. There is really a lot of unmanaged, barren spaces in large cities. Much of the flat surfaces on the tops of skyscrapers and apartment blocks could be rearranged into lively gardens – for the benefit of people, birds, insects and the local climate. 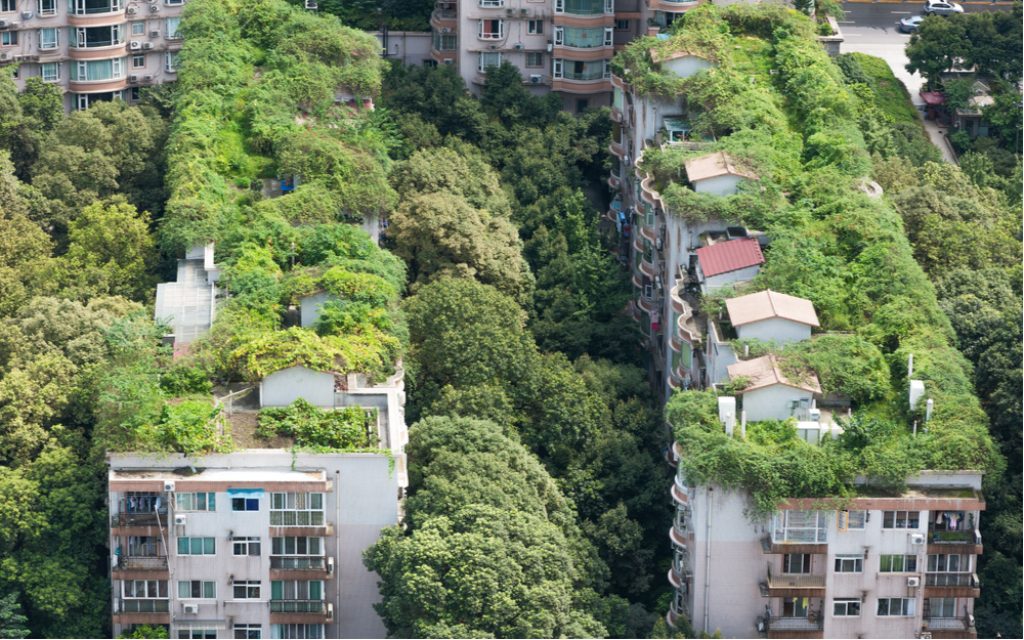 Vegetation on roofs provides good insulation for buildings (it has up to 200 times higher albedo than a regular roof – reflects more sunlight), contributes to air purification, cools the local microclimate by increasing the evapotranspiration area, supports the development of urban biodiversity and, of course, increases the surface area capable of storing water [1]. Much of the rainwater that would normally run off the pavement can be trapped in the drainage layer and either finally taken up by plants or evaporated back into the atmosphere. Water retention on green roofs can help to store 40 or even 60% of the rainwater they are in contact with [1]. As a result, it remains in local circulation and the risk of flooding is significantly reduced.

Of course, such green roofs require care – including, if there is no rain, watering. However, this problem can be easily solved, for example, by collecting rainwater and using it when it is scarce [2]. 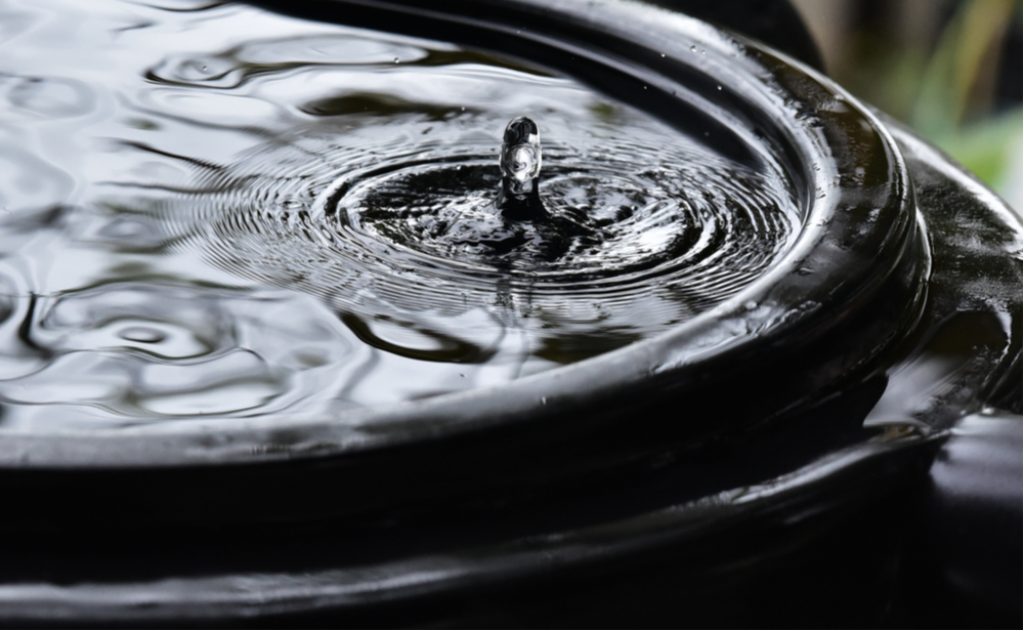 Water retention in a city really doesn’t have to be expensive and complicated. All you need is a suitable rainwater tank (regardless of whether it would be used to handle vegetation on roofs, private gardens or washing a car). Wherever water does not require treatment, we can use the one we collect during rainfall – thanks to this, we save money and water supply during a potential drought. The water we have caught in the container will not, naturally, cause flooding. Collecting rainwater is so attractive that some cities offer their residents subsidies for this type of undertaking.

Sometimes rainwater flowing from various urban surfaces (the so-called runoff) is heavily contaminated with everything that it takes with it on the way. In addition to catching rainwater before it hits the streets, it’s also a good idea to do something about the rainwater that has already mixed with urban waste and flows into rivers. 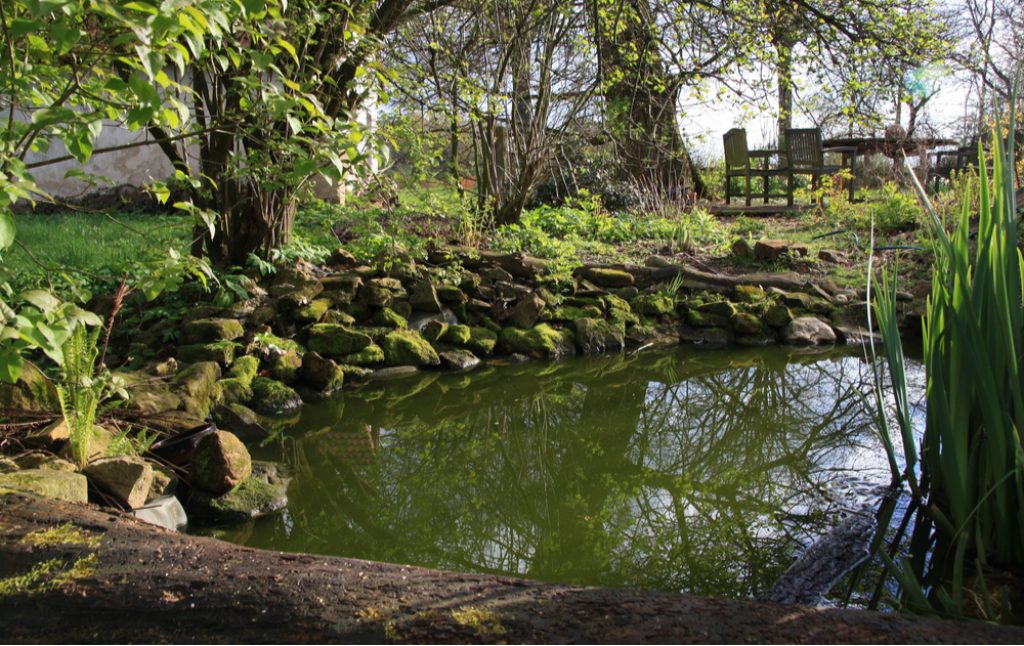 For this purpose, rain gardens are perfect. Apart from water retention, these urban micro-floodplains act as natural filters [2]. Planted with vegetation that likes occasional flooding, they collect rainwater that runs off the city (parking lots, sidewalks, roofs, etc.) and trap the contaminants it contains before it is re-circulated. Both special drainage and vegetation (phytoremediation) function as a filter. A similar function can be performed by small, private retention reservoirs (ponds, small ponds, etc.), if we plant lush vegetation on their shores or install a treatment island. All such semi-natural solutions not only help water retention and purification, but also are an opportunity for biodiversity.

However, when it comes to supporting biodiversity in city, there are few solutions as comprehensive as flower meadows. They are both a shelter for young animals, safe ecological corridors for migrating creatures, and a canteen for wild pollinators and other insects (and, consequently, all insectivorous animals). And – of course – they support water safety. 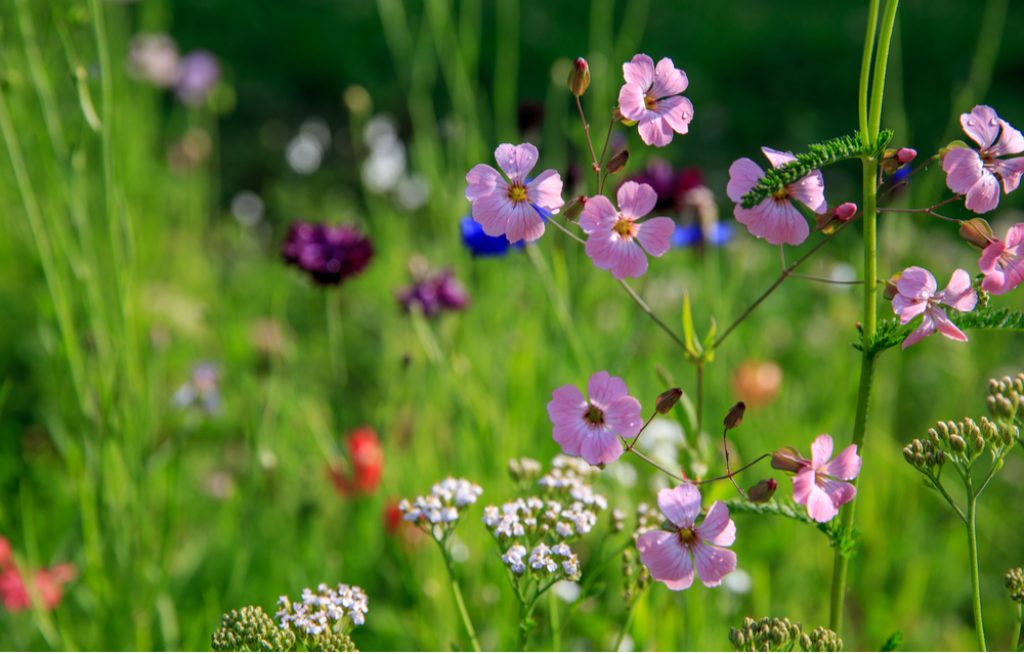 The extensive root zone of plants growing on such a meadow stores much more water than an evenly trimmed lawn. As a result, it does not require frequent watering and is much more resistant to drought. Urban meadows are also not afraid of heavy rains – if we sow them in the streets, cars wading in deep puddles will be a sight much rarer than before. But that’s not all – flower meadows absorb quite a lot of car exhaust fumes.

Against flooding streets and too extensive rainwater runoff, drainage basins and ditches protect perfectly as well. These are simply depressions covered with vegetation (or – in the case of ditches – covered with stones) with high water permeability (but slowing down its flow). They often have an additional infiltration layer that improves water absorption.

These types of depressions, by reducing the rate and volume of runoff, can help to replenish groundwater and maintain a smooth flow in rivers. Thanks to physical filtration and biochemical reactions in the filtration layer or soil, they also effectively remove contaminants from flowing water [2]. Absorbent basins and ditches are usually located along roads where they replace conventional ditches and drainage pipes, but are also used adjacent to parking lots and in open spaces [2]. Better water retention is not their only advantage – such ditches make it much easier to collect municipal waste, garbage – which does not flow into the river with water, but remains in the hollow.

Of course, solutions limiting the speed of water outflow and ensuring its filtration are needed, but the problem can also be addressed earlier. Before raindrops accumulate on impermeable surfaces and before they rush the street debris with them. 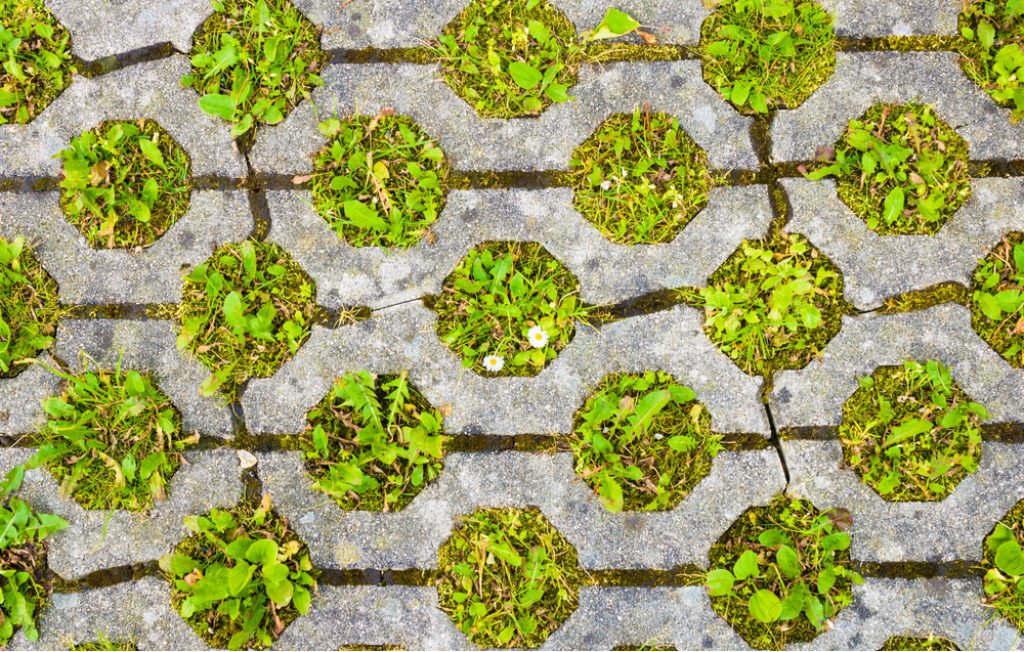 All permeable surfaces are of great help here [2]. These can be “half-board” slabs (often used in car parks) that let water directly into the soil, or porous asphalt and concrete that collect it and release it as vapor. As a result, their surface is cooler and the urban heat island effect is somewhat lessened. However, we have to be careful with such materials – leaking parking tiles, for example, may let in also car oil.

Natural water retention is a key

Many agglomerations were once river floodplains. It was in such areas that we most willingly settled – the soil was fertile and the access to water was unlimited. As urbanization progresses, we drained and neglected the natural retention capacity of wetlands. As a consequence, both floods and droughts are much more severe for us. We have to artificially rebuild the water retention in a concrete city – but this is not the only way. 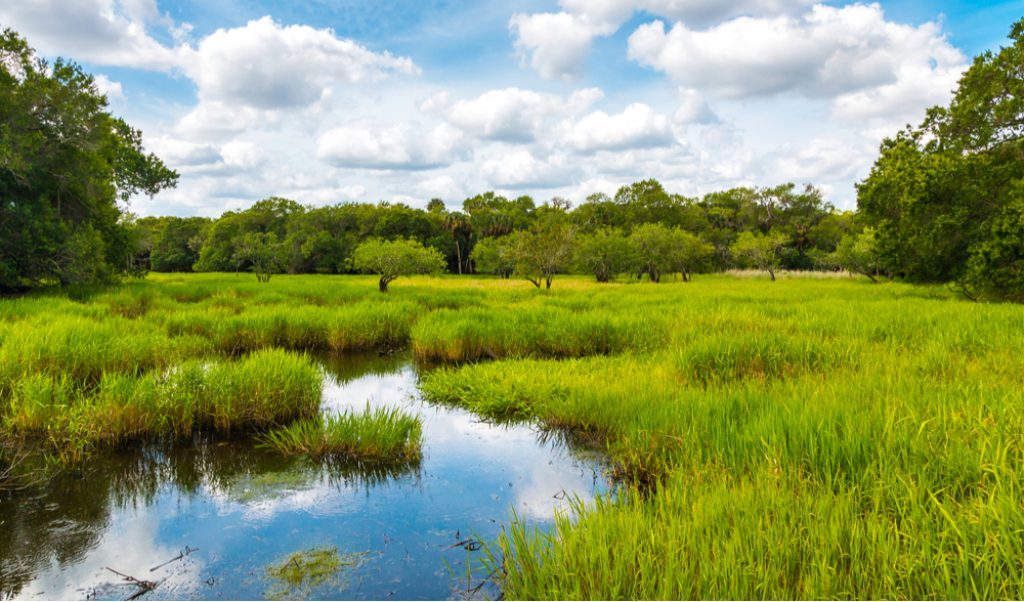 We can also turn to the restoration of what we have lost – the surrounding swamps and wetlands. They are an indispensable part of the natural hydrological cycle and an extremely valuable biotope of numerous animal and plant species, often unique to wetlands. Water-sensitive urban design (WSUD) today must assume not only the water safety of people, but also the protection of sensitive, natural ecosystems.