Our food production and distribution systems look disastrous nowadays. Excessive use of pesticides, fertilizers, soil sterilization and monocultural crops have a huge impact on natural ecosystems and biodiversity on Earth. Climate change and increasingly severe droughts, in turn, hinder farming and cause drastic increases in food prices. If that was not enough, about ⅓ of the food produced goes straighly to the bins and landfills, while 1 in 9 people in the world suffer from malnutrition [1]. The situation calls for a redefinition of agriculture as we know today. Of course, there is no simple remedy for the complicated problems of modern agriculture and food distribution. Many people say, however, that hydroponics can be one of the big steps to repair them.

Let’s first explain what hydroponics is. The idea itself is quite simple and this simplicity is seen as its uniqueness and potential. Hydroponics is nothing more than growing plants in water enriched with nutrients instead of soil.

“Hydroponics” is not a completely uniform concept. There are currently many ways of soilless cultivation of plants [2]: 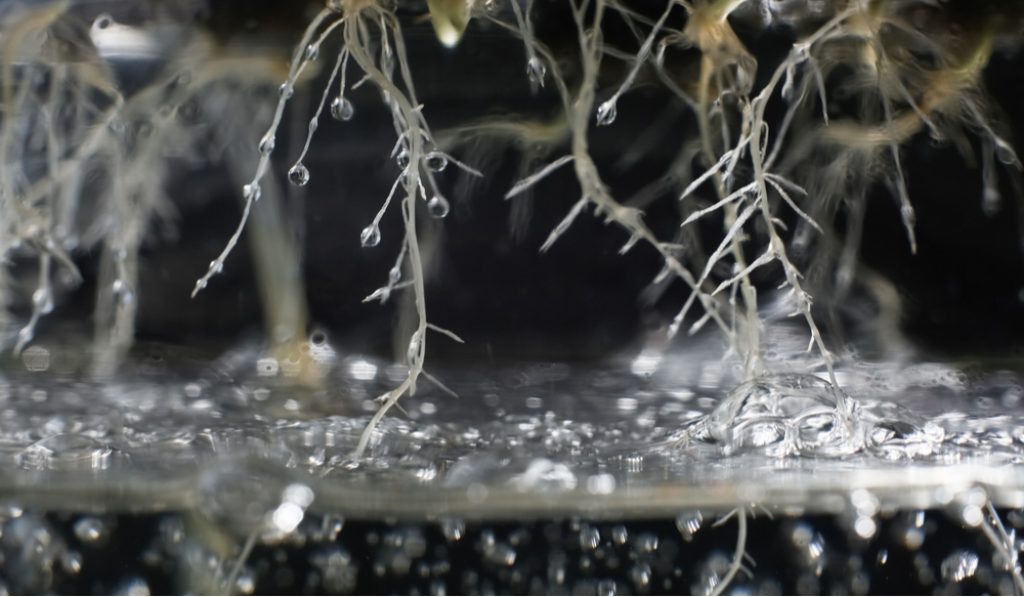 Contrary to appearances, hydroponics is not a new idea. Some suggest that the famous hanging gardens in Babylon were the prototype of hydroponic systems [3]. First references to hydroponics appeared as early as the 17th century. In the first half of the last century, however, it was already a well-known way to grow plants, increasingly valued for its economic and practical aspects. Since then, hydroponics is only gaining popularity.

Why would hydroponics be better that ‘traditional’ agriculture?

Hydroponic systems win supporters both among amateurs and entrepreneurs producing plants on an industrial scale. No wonder – they have quite a lot advantages over traditional agriculture in terms of efficiency and ecology.

First of all, properly selected nutrients circulating in water, as a rule, are more easily available for plants. Therefore, they allow to obtain higher yields, much faster than in the case of plants cultivated in soil [4]. What’s more, crops can be harvested throughout the year, regardless of weather or climatic conditions. In hydroponic crops, naturally, there is also no problem of ‘soil fatigue’. Maintaining crop continuity, from this point of view, is therefore not an issue at all. 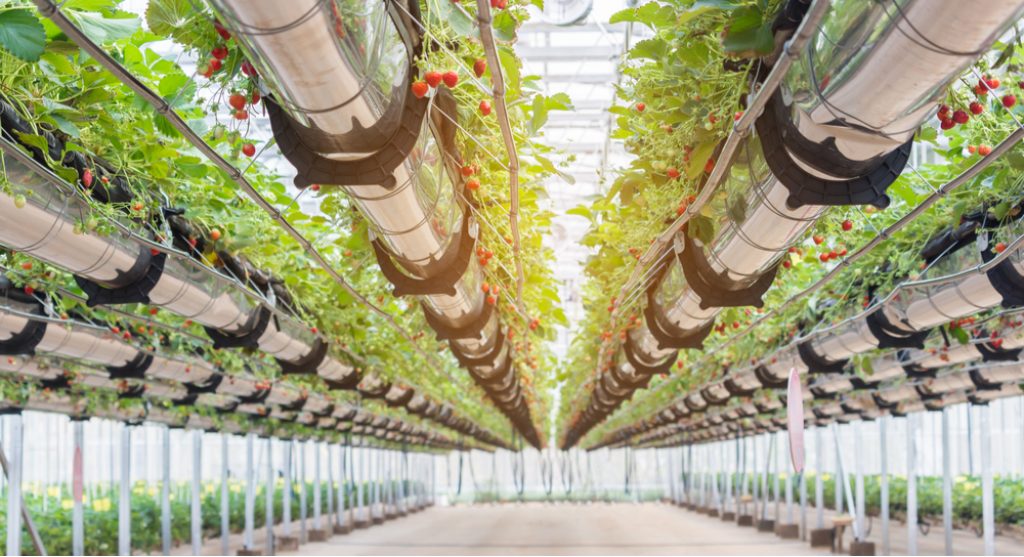 Plants, grown using hydroponics, have much less chance of developing infections, soil diseases. A closed and well-controlled space hinders the invasion of insects, so the use of pesticides, naturally, decreases or even ceases to be necessary [4]. Similarly, when it comes to nutrients, which in the case of closed-loop cultivation are used repeatedly, do not go to the environment as so-called “runoff”. Thanks to this (and also thanks to better control over waste), nitrates and phosphates from fertilizers, toxic in large quantities, do not end up in ecosystems.

Hydroponics is much more predictable, independent of random events, and therefore also economically safer for the farmer himself.

How many resources are used by hydroponics?

Hydroponics, however, can be primarily a response to the growing problem of access to drinking water and unsustainable land management (and thus, for example, deforestation).

Hydroponic crops take up much less space than traditional soil crops, especially when we consider vertical cultivations [4]. Some say that commercial hydroponics consumes only 1/5 of the space needed to grow the same amount of plants on agricultural land [5]. A potential advantage is also the reduction of fossil fuel consumption for plant transport – after all, hydroponic halls can be located wherever they are most needed, e.g. near urban centers. In this way, we significantly reduce emissions and costs (both environmental and economic) associated with transport over long distances. 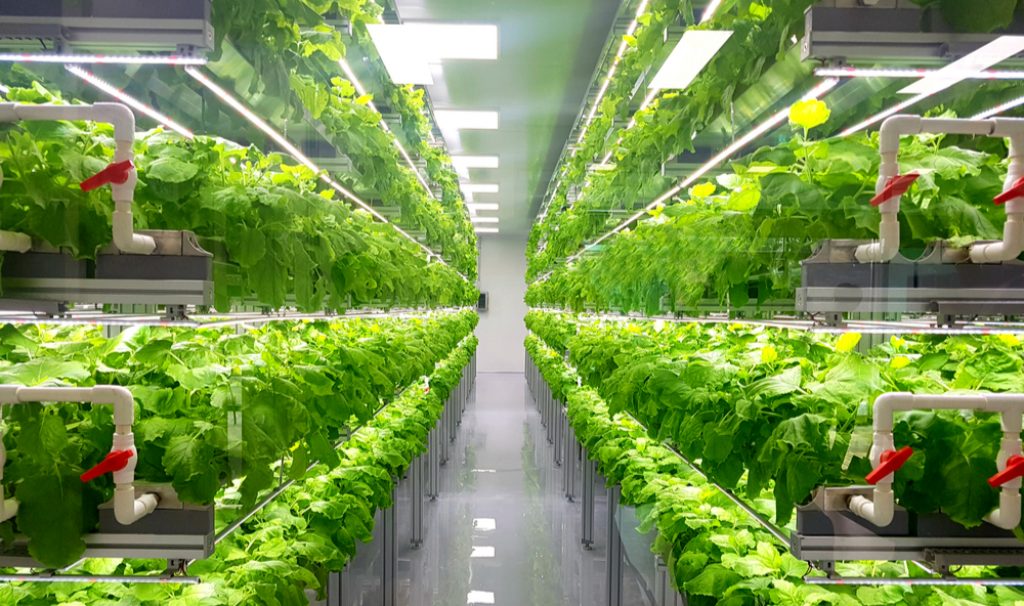 Hydroponics can also save a lot of water. For example, NFT can consume 70, and even 90% less water [4] than traditional agriculture. In soil cultivation, most of the water we supply to plants penetrates deep into the ground and ceases to be available to them. For hydroponics, the roots are directly immersed in the water with nutrients and absorb exactly as much of it as they need. Furthermore, water does not escape from the circulation and is reused.

Saving in terms of space and water resources is so attractive in hydroponics that such a system has been implemented by NASA at the International Space Station [3].

Hydroponics has a lot of advantages, but like any technology, it faces some challenges as well.

Closed water circuits may prove problematic in hydroponics. While the plants will be free from soil disease and insect infestation, harmful microbes that grow in water can be a serious threat. Water in this type of cultivation usually circulates the entire system and reaches every plant. Accordingly, it is likely that if the pathogen is present in water – it will infect all plants. 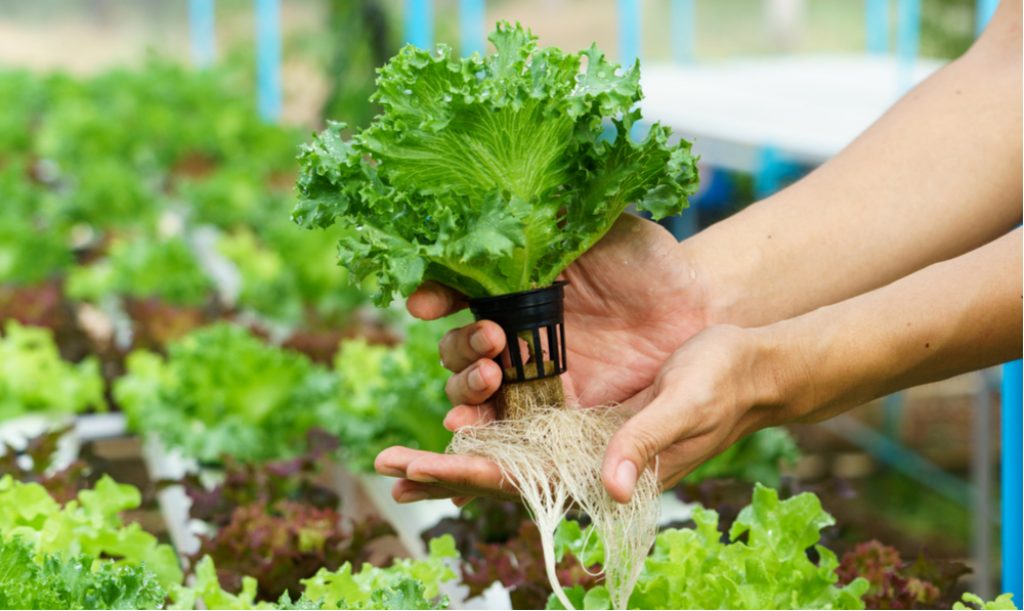 Hydroponics is not, as we have already mentioned, a new idea, but the technology within it is more and more innovative. Establishing a new cultivation requires therefore its employees to acquire some specialized skills. Commercial hydroponic systems are mostly automatized, so the vast majority of farming practices are eliminated. Therefore, the labor demand in the plant growing process is significantly reduced (which can be seen as both disadvantage and advantage).

Processes automatization also means costs associated with the supply of electricity (although some say that this problem can be easily dealt with by converting plant material into biofuel that drives the crop [6]). The disadvantage of hydroponics is certainly their considerable initial cost (no doubt greater than in the case of traditional agriculture).

Currently, about 3.5% of the world’s surface cultivated under tunnels and greenhouses for vegetable production is occupied by soilless farming techniques based on hydroponic solutions [7]. The leaders here are the Netherlands, Australia, France, England, Israel, Canada and the USA [4]. Although hydroponics could be beneficial in extremely dry areas, with soil unsuitable for tilling, or in densely populated urban centers, the high construction cost usually disqualifies hydroponics for implementation in developing countries.

By cultivating food locally, communities would not only have access to a year-round supply of healthy food, but also security and confidence that their food is grown more transparently. It would also significantly improve the quality and availability of drinking water. Bearing in mind all the advantages and overcoming numerous adversities, hydroponics is slowly but successfully introduced, among others in Africa. For example, Hydroponics Kenya has already created soilless cultivations in Kenya, Rwanda, Somalia, Tanzania and Uganda, as well as trained over 5,000 people to use them. It’s just a drop in the ocean, but it gives us hope that it is possible. 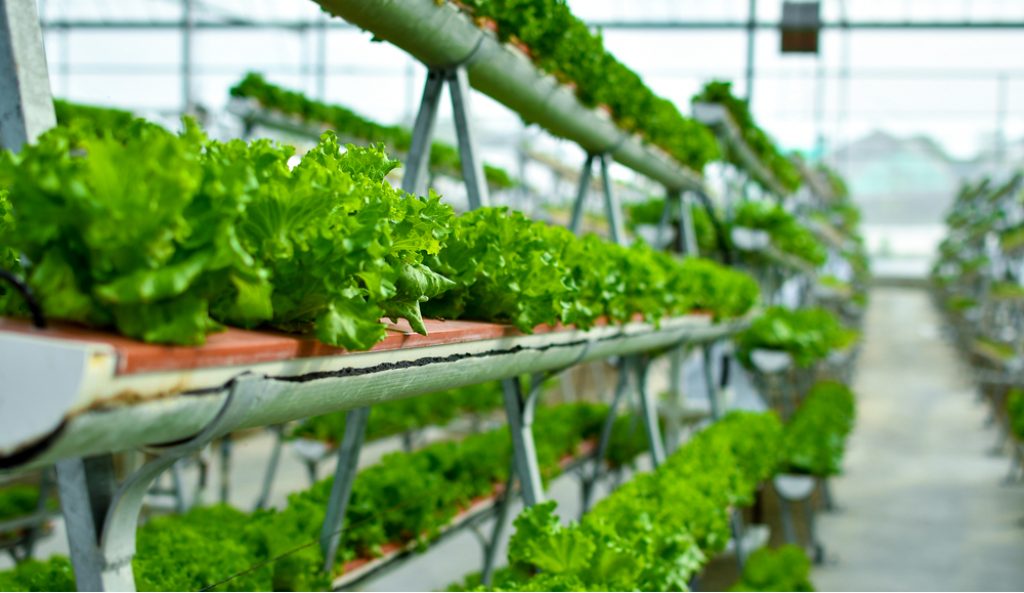 Undoubtedly, the demand for revolutionary solutions in agriculture is huge. Universities test vertical farms as a more environmentally sustainable source of food in canteens [6], and more and more start-ups dealing with hydroponics are being created (e.g. the Polish company Farmony). The subject of hydroponics as an opportunity for developing countries with limited access to water is also increasingly taken up by science. In theory, such technology can be a valuable solution in countries such as India, Uruguay or Mexico [8].

Although hydroponic technology may never replace conventional agriculture, it breaks the food production paradigm. It is also a great opportunity to improve the condition of the environment and facilitate access to food wherever it is lacking. If, of course, it doesn’t rest on theorizing.

Air purifiers - what to pay attention to?