Emilia Obłuska
206 Views 0
SaveSavedRemoved 0
Nearly ¾ of the Earth’s surface is water. Still, over 2 billion people worldwide suffer from water scarcity and thirst. All because only 2.5% of the available water resources is drinking water. But what if salty, seawater could be efficiently and cost-effectively processed and treated for consumption? Certainly it would be a breakthrough for the inhabitants of developing countries who are most affected by a lack of access to drinking water. Fortunately, seawater desalination for small communities is no longer just agonizing and utopian vision of the distant future. A mini-solar farm that converts salt to fresh water is already in operation, for example, in Kenya thanks to the Givepower foundation. And it’s doing great.

An exclusive solution from Dubai or an affordable remedy for everyone?

Processing seawater for drinking is not a new idea. Not at all, actually – seawater desalination plants have been operating for many years and are becoming common worldwide. They can be find, among others, in the USA, China, Israel, Spain and Australia. On the other hand, those countries are usually highly developed and prosperous. This can be clearly seen in the example of Dubai. This desert, but very rich country, obtains only 1% of the necessary drinking water from underground resources. The remaining 99% is provided by seawater desalination [1]. The Jebel Ali seawater desalination plant in Dubai is able to process up to 182 million liters per day [2]. It’s not surprising that such processing capacity is necessary in the United Arab Emirates. Water consumption per capita there is one of the highest in the world. It amounts for about 500 liters per day [3]. In 2019 alone, USD 1.6 billion was allocated to the development of projects related to water and energy [3]. 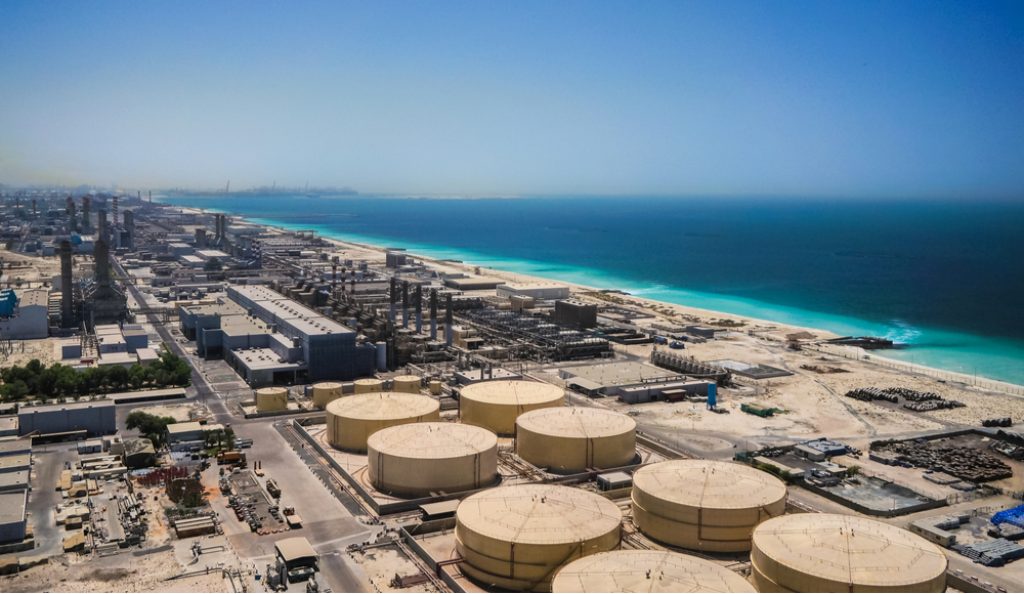 Meanwhile, poorer countries such as sub-Saharan African ones, may forget about such amounts for developing water infrastructure. Commercial scale seawater desalination plants are very expensive to build and maintain. They are also very energy consuming. However, technology is advancing quickly. New, promising solutions are emerging – e.g. photovoltaics as an autonomous energy source to power such facilities.

Being energetically independent from the electricity grid is a great opportunity to improve the life quality in developing countries. The American Givepower foundation, created on behalf of SolarCity (a company belonging to Tesla Motors), focuses on exactly this type of solution. Thanks to subsidies and donations, it provides renewable, solar-based energy sources to communities that need it most. As part of one of the projects, Givepower has built an independent, solar seawater desalination system in Kiunga, Kenya. The infrastructure is able to provide drinking water for up to 35,000 people a day. This is an unbelievable transformation for the local community, whose members had previously been cleaning theirselves, boiling food and even drinking mainly seawater. 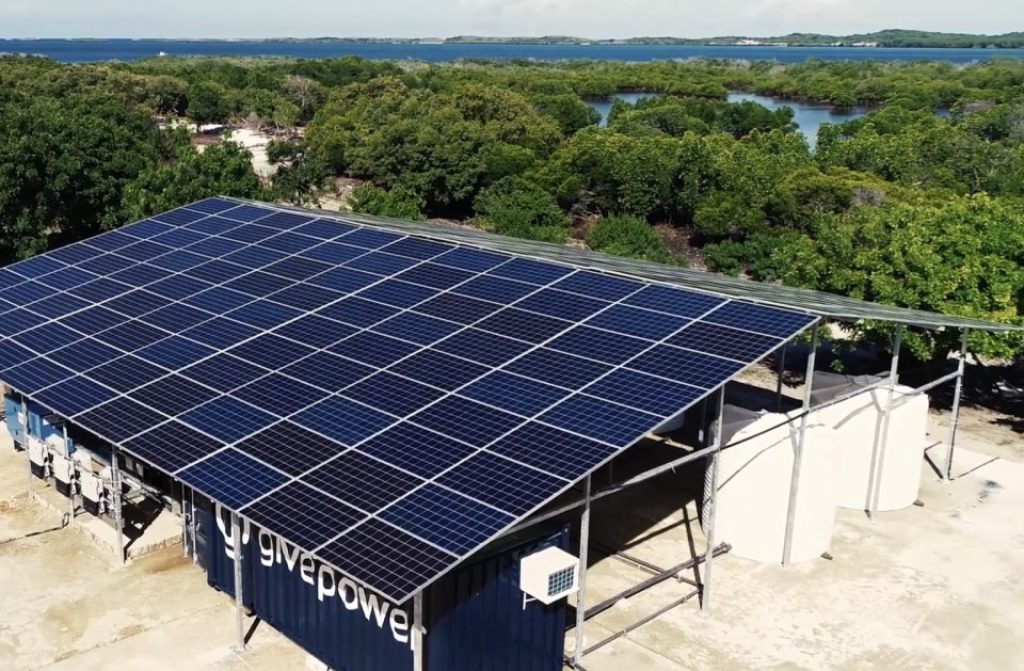 Seawater desalination with photovoltaics requires very little human intervention. It’s also incomparably cheaper and more ecological than grid-powered systems. Luckily, some are already aware of it. Elemental Water Makers deals with solutions that further reduce the cost of obtaining drinking water in places with poor access to its natural reservoirs.

How to lower the seawater desalination costs?

The presence of solar panels changes a lot, but that’s not all. Elemental Water Makers, whose desalination stations are already operating in several places on Earth, look for opportunities everywhere. Even in the very process of turning salt into fresh water. It’s not very complicated. Seawater desalination is based on the so-called reverse osmosis. It means pressure separation of solutions with different concentrations (brine from fresh water). Naturally, large amounts of energy are needed to drive the process. Therefore, an energy recovery system has been developed. It reduces the energy consumption by 75% and requires 4 times less solar panels than in the case of standard solutions. 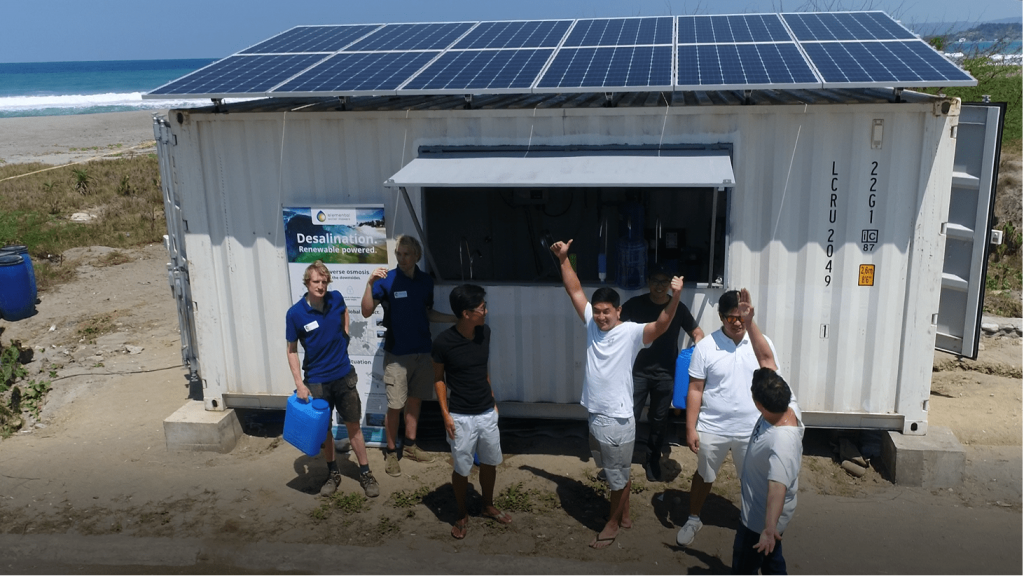 The service life of the components is also increased to maximum thanks to automated maintenance processes. Materials for their implementation are selected for corrosion and damage in contact with salt water resistance. The entire infrastructure is housed in one container. Waht is more, the status of the devices can be checked remotely. It allows for water desalination to be low-cost and maintenance-free even in heavily isolated places .

Up to this point, technology seems to be a remedy for communities with poor access to drinking water. However, no technology is risk free – if not directly for people, then for the environment.

At the entrance to such a seawater desalination plant, small organisms such as fish larvae or corals are sucked in. However, the other end of the process is a much worse threat. It becomes a problem when we look closer to the draining brines back to the seas and oceans [4]. It causes salinity and temperature increase in the surrounding waters, which hinders life and development of many organisms. With the pumped brine, toxic compounds, such as copper or chlorine, often end in ecosystems. They are routinely used to prevent component corrosion and control bacterial growth in tanks.

Indeed, today it’s huge desalination plants’ problem (e.g. in the United Arab Emirates). The micro-infrastructures that meet the needs of small communities are not an ecological threat. However, the technology seems promising enough to expect the emergence of an increasing number of seawater desalination plants. Potential risks should therefore be taken into account right now. Let’s hope that dealing with brine sewage will be taken seriously and addressed as soon as possible – both in the case of Dubai, the village of Kiunga, and all future micro- and macro-investments of the type.

Saving water at home is easy and necessary