Home » biodiversity » Urban meadows, or why it’s better to forget about a trimmed lawn?
biodiversityecology

Urban meadows, or why it’s better to forget about a trimmed lawn?

The well-kept, perfectly trimmed lawn has become a symbol of the modern urban landscape. Today, lawns occupy about 70% of green spaces in cities [1]. With the increase in social ecological sensitivity, however, this paradigm begins to break and we start to question the legitimacy of mowing grass. As an alternative, we can plant urban meadows or simply let the grass grow wild and high. Why is this a pressing issue? Given the assumptions that almost 70% of the population can live in cities by 2050 [2], careful integration of nature into urban space is extremely important. For us, our health and mental well-being, and for the animals with whom we will share urbanized areas.

There are several reasons why we should refrain from mowing the grass and/or use alternative urban greenery management models. The first is the emissivity of frequent mowing.

As it turns out, a working mower not only contributes to noise pollution, but also emits exhaust gases. According to organization connected to this issue, inefficient mowers can emit even 11 times more of them than a car. This is important because each lawn requires mowing about 20 times in one season. It is not like alternative meadows do not need it at all. However, unlike lawns, it is enough to cut urban meadows 2 times a year – and you can do it with a scythe, completely emission-free. 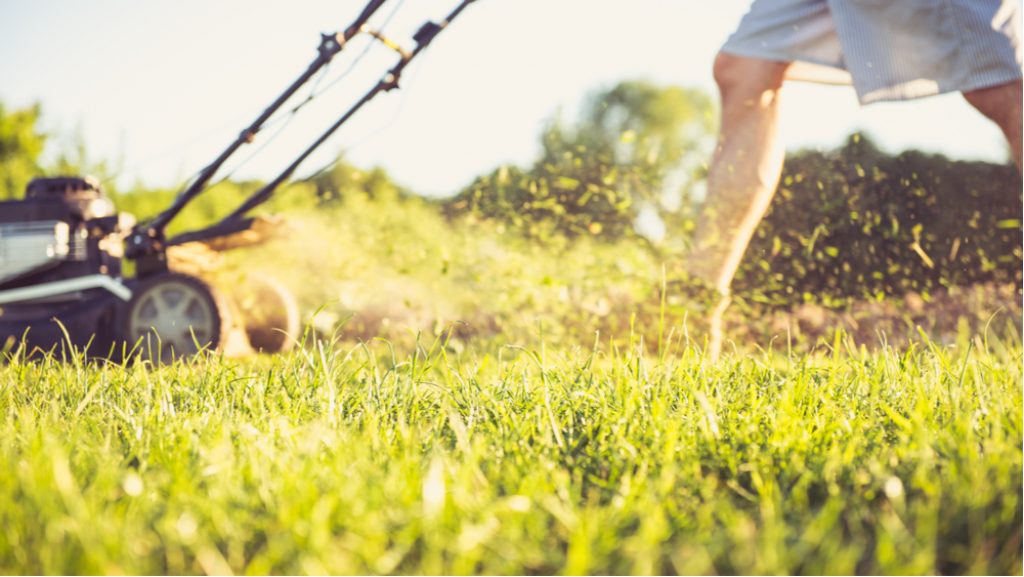 What is more, flower meadows work as a grat anti-smog devices. The preliminary research of the aforementioned organization shows that “a square meter of properly selected mixture of meadow plants is able to retain from 5 to 11g of suspended dust.” This is supposedly the equivalent of a five years old tree.

In Poland only, for example, petrol mowers use 40 million liters of gasoline, the purchase of which costs nearly PLN 2 billion (about 226 mln euro). Added to this are the costs of pesticides and fertilizers used for lawn care (not to mention the environmental costs of such practices). All this mainly for (very subjective, and therefore dubious) aesthetic reasons.

In some parts of the world, reducing lawn mowing frequency alone (from 15 to 10 times a year) can reduce its maintenance costs by 36% [3]. Mowing urban meadows require several times less. Of course, if instead of wild and tall grasses we want to have a flowery, urban meadow, the cost of sowing and soil preparation should be taken into account. Its maintenance, however, is incomparably cheaper, and the seeds “produced” by the meadow in one season can be harvested and used in the next.

The costs of intensive grass trimming can be much more severe in the long run. It is worth mentioning that the root zone of cut grasses has little chance of developing intensively. This means that lawns retain water very poorly – which in the case of increasingly severe droughts can have huge consequences. 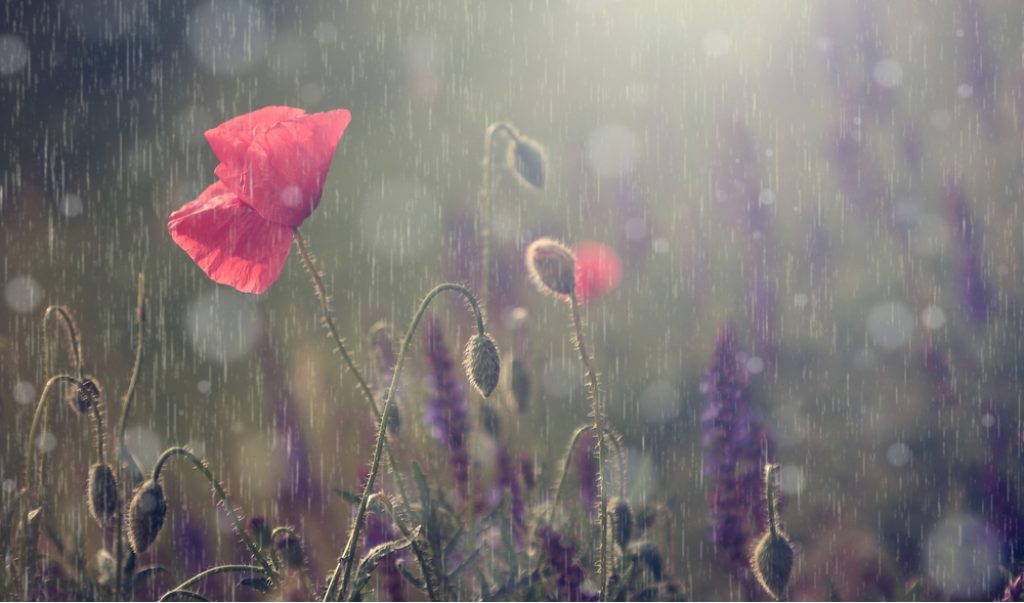 Urban meadows with a more extensive root system absorb significant amounts of water during heavy rains. This reduces the risk of small floods or flooded streets, and in times of water scarcity, it allows it to stay in the local circulation for longer. These semi-natural meadows are therefore incomparably more resistant to heat and drought than lawns. They also do not require frequent watering, which in the case of trimmed grass, at least if we want to preserve its aesthetic value, is a big problem [4].

The benefits of sowing urban meadows in cities do not end there. Not at all. The presence of tall grasses or flower meadows in areas transformed by human activity contributes to the creation of new habitats and increase in the diversity of plants and animals [5]. Such areas are attractive to small vertebrates, birds and insects. They provide shelter for them, which is especially needed (and especially neglected) during the rearing period.

The value of such areas is also invaluable when it comes to migrating small animals. Meadows are excellent ecological corridors that prevent habitat fragmentation and allow safe movement of animals – both within the city and between neighboring areas [5]. 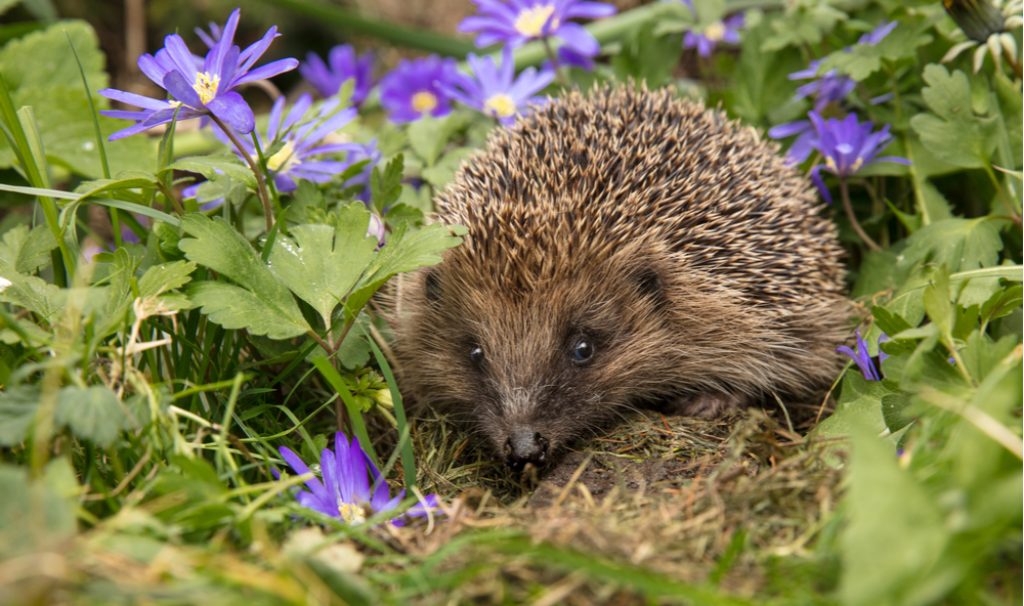 Wild grasses and urban meadows should be as diverse as possible. Studies [6] carried out in six urban spaces prove that increasing the height and diversity of sown species in the plant community diversifies the composition of soil microorganisms and terrestrial invertebrates (and also increases their biomass) as well as minimizes the risk of unwanted species’ invasion. However, authors suggest that in order to get the best effect, such semi-wild areas should be mosaic. This means that urban meadows within one city should differ in species composition of plants.

Wild flowers to the rescue of wild pollinators

The multitude and variety of meadow flowers in urban spaces instead of fairly ecologically sterile lawns, is a very attractive food base for wild pollinators. Naturally – the more flowers in bloom, the more small creatures fond of their nectar. The importance of pollinators, such as bees, especially for agriculture, probably does not need to be explained to anyone.

In increasing the attractiveness of such meadows for wild pollinators, the type of sown flowers plays a crucial role. It is important that species composition ensure flowering of different species, interchangeably, for the longest period of the year possible. In addition, perennial meadows produce up to 20 times more nectar and up to 6 times more pollen than annual meadows [7], which still provide much more pollinator resources than traditionally managed lawns. In the case of urban meadows, we must not forget about the role of our most common “weeds”, i.e. dandelion, which is ultimately a honey plant. 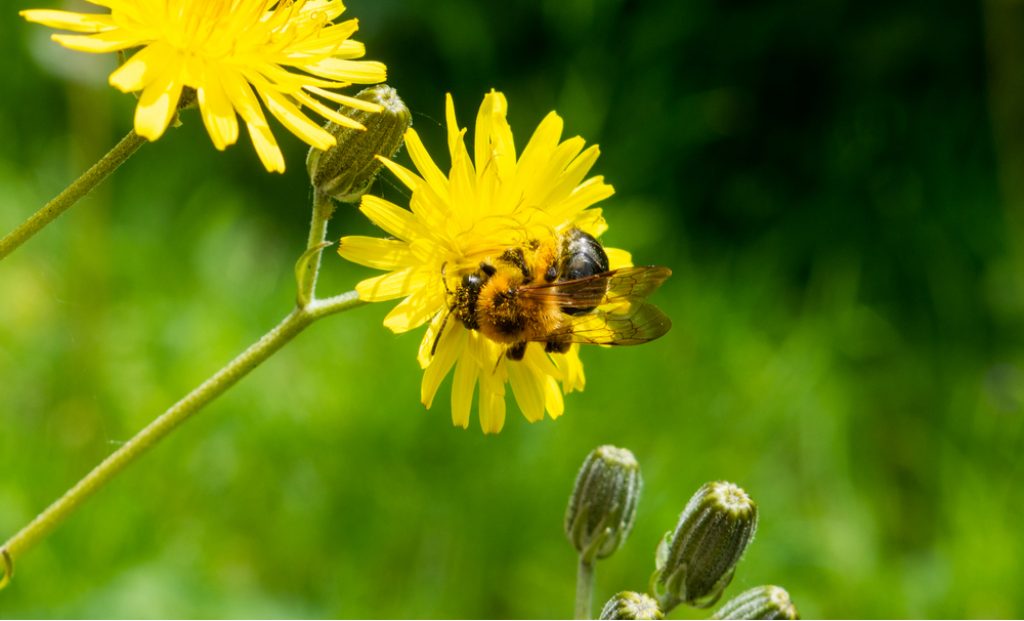 Reducing the intensity of lawn mowing, and even more so – sowing urban meadows, can increase the diversity of wild pollinators and other invertebrates, and at the same time – as it turns out – reduce the number of undesirable species. Intensified management of urban greenery, in particular frequent mowing of grass, increases the number of “pests“, i.e. insects harmful from the human point of view [3]. To combat insect larvae (which usually cause damage to the aesthetics of the lawn itself), pesticides are used and considerable money is spent. This can be avoided by strengthening plant communities or, well, simply eliminating the source of the problem and turning lawns into urban meadows.

It is similar with weeds. Mowing the grass limits the growth of its root zone, and the undeveloped space in the soil is exposed to the invasion of undesirable plants. Urban meadows and tall grasses reduce this problem significantly. However, this is not only about subjectively unsightly plants, but also about strongly allergenic species, such as Ambrosia artemisiifolia. Their growth, and thus also the costs associated with maintaining public health, are reduced if there is simply no place for such plants in soil [3].

Urban meadows have a number of social benefits as well

Urban meadows qestion trimmed lawns in one more aspect. They are simply prettier. If the species composition of meadows is well chosen, along with the seasons, the color of urban nature may change as well. This is an important aesthetic and sensory benefit. Heat-resistant flowers certainly please us more than the yellow, burned lawn. What’s more, flower meadows combine aesthetics with nature protection. 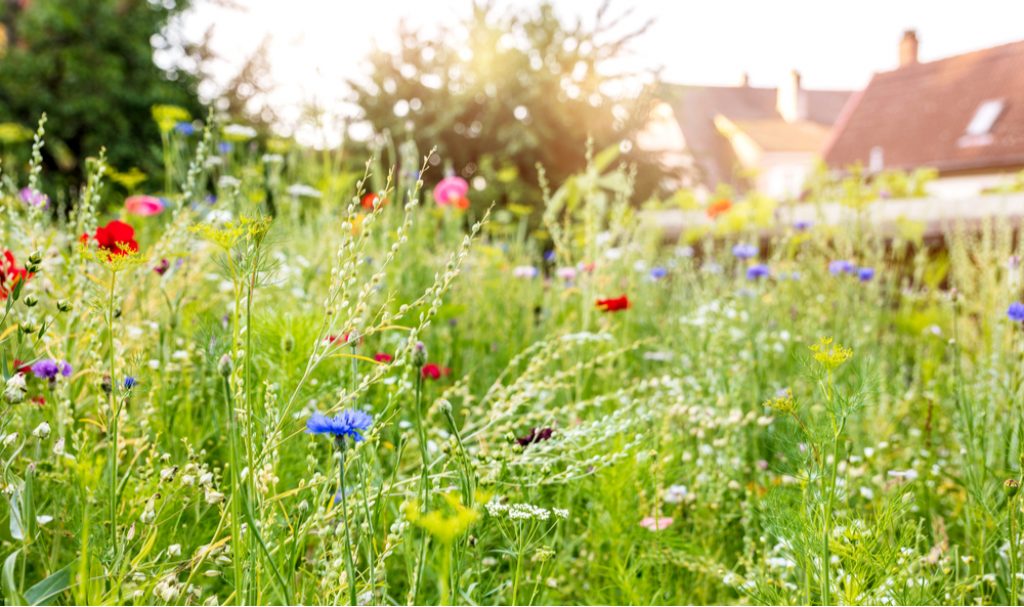 Wild meadows cultivated in cities are a cultural element of continuity between natural and anthropogenic landscapes. They slightly blur the line, which in social perception we set between culture and wild nature. Including them in urban landscape planning and management processes is in turn an expression of respect for nature at the governmental level. Urban meadows also create an invaluable opportunity for conducting effective and very stimulating nature education. This undoubtedly increases the social responsibility and respect for nature we so desperately need today.