Home » ecology » Urban heat islands – what are they and who is affected?
ecologyhealthsustainable development

Urban heat islands – what are they and who is affected?

Depending on the source, it is estimated that 55-85% of all people on Earth live in urban areas [1]. Both the population and migration to cities are growing almost exponentially. No wonder – life in the city is simply comfortable. However, the more we use conveniences of the city, the more difficult it is to balance its functioning. One of the effects of constantly growing urbanization, along with light pollution and excessive noise, is a significant increase in temperature in built-up areas. Urban heat islands, because this is how the unnatural temperature difference between agglomeration and surrounding rural areas is defined, causes a number of threats not only for ecosystems but also – and perhaps above all – ourselves.

How are urban heat islands created?

It’s not an individual case that the city is a few, sometimes even over a dozen degrees warmer than the rural areas adjacent to it. Several factors influence high temperature differences between urban and surrounding areas.

The first of these is the very construction of the city, i.e. simply covering large spaces with concrete and asphalt. Some studies indicate that even 40% of the city’s area can be taken by sidewalks (not including streets!) [2]. These are materials with low albedo – in other words, instead of reflecting solar radiation, they absorb the vast majority of it. Heat is therefore retained and accumulated (and released very slowly) in the urban infrastructure. The logical consequence, the denser buildings in the city, the greater thermal accumulation. 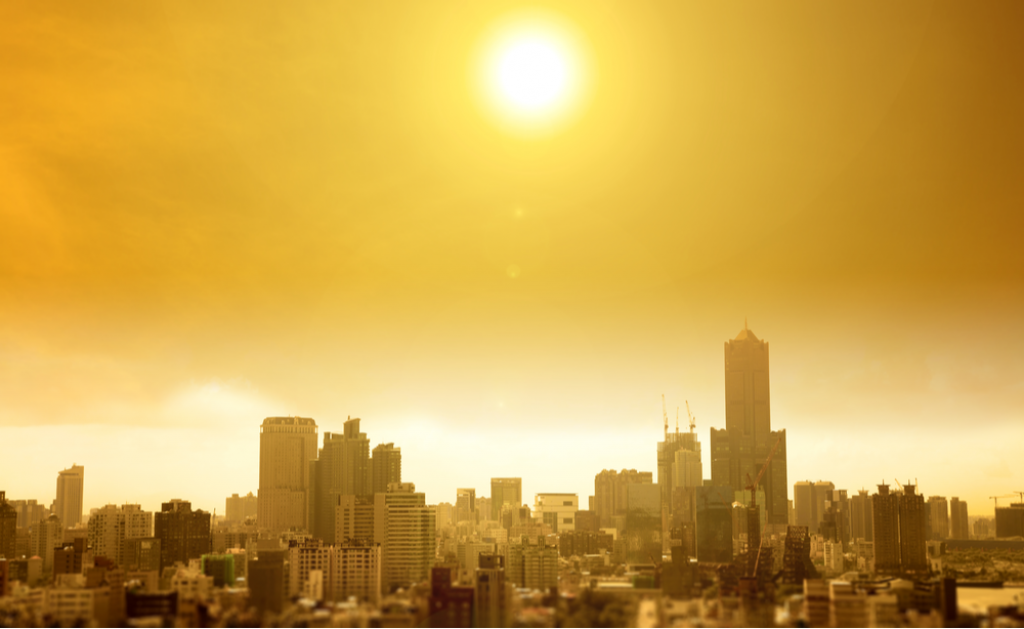 The other reason for urban space warming up, just an important as albedo, is anthropogenic heat fluxes [3]. It is related to energy consumption and the heat emitted in regard to it. In cities, these are primarily electronic devices (electronics and household appliances), heating and lighting of buildings, internal combustion engines and transportation, as well as people themselves. The intensity of urban heat island effect is therefore also related to the population density of the agglomeration itself.

There is also a hypothesis in the literature that the light emitted by cities can significantly contribute to its internal temperature. [3]. Perhaps, however, it’s mainly a determinant identifying urban heat islands.

Cities are hot both during the day and in the night

Urban heat islands concern both the temperature of various surfaces (streets, roofs, etc.) and the atmosphere. The difference in heating the surface inside and outside city is usually much larger than the difference in the atmosphere heating. Concrete surfaces simply heat up much faster if they are exposed to direct sunlight. Still, surface and air heating are closely related – the more heated the surface, the more heat is gradually released into the atmosphere around.

When temperature is rising, we turn on the air conditioning

Such a 24-hour, anthropogenic machine creating urban heat islands has a number of economic, environmental and health consequences [2].

Warmer cities are increasing the demand for air conditioning (in homes, offices, shopping centers and cars). Air conditioners alone cannot work without the so-called refrigerant (i.e. heat transporting substance). They are usually substances called F-gases or carbon dioxide. These are greenhouse gases that leak into the environment if the system in untight. 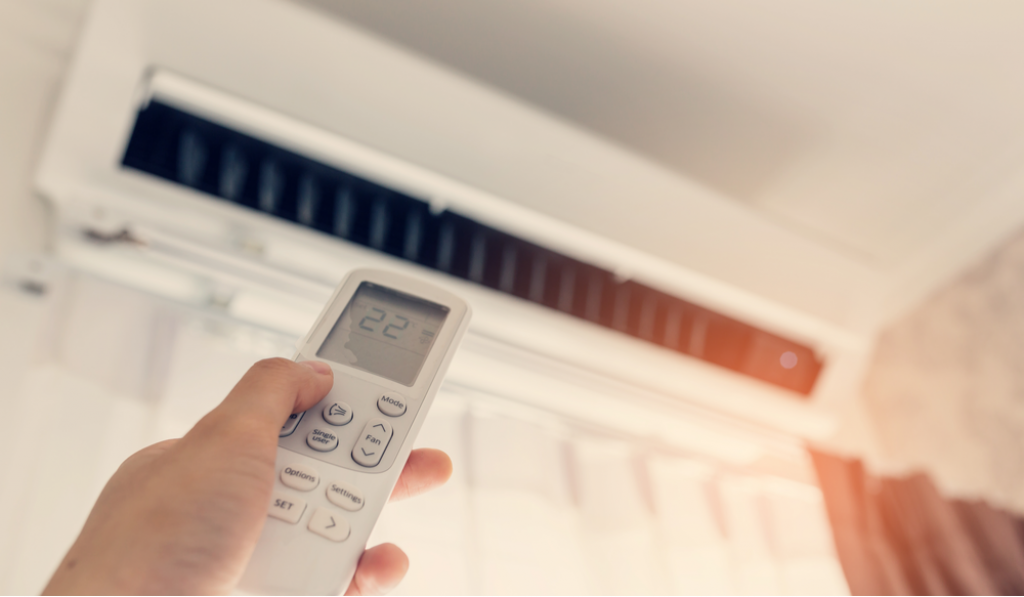 The unbearable temperature and air conditioning constantly on are also associated with significantly increased energy consumption and further heat emissions from cooling devices. Greater demand for electricity causes more intense combustion in power plants (and internal combustion engines), thus increasing air pollution and the likelihood of smog. Also, larger amounts of greenhouse gases are released into the atmosphere. They contribute, as is known, to global warming, which has considerable environmental consequences (ocean acidification, loss of biodiversity, species extinction etc.). Of course, air conditioning is not the most important culprit in global warming, but it undoubtedly contributes to it.

Research [5] clearly shows that as the temperature in cities increases, power plants emit more and more sulfur dioxide and nitrogen oxides. These gases are especially dangerous for asthmatics, children and the elderly.

The increase in the intensity of air conditioning usage will cause to suffer those who can’t afford this type of luxury the most. Not only are they more likely to be exposed to poisonous gases, but they will also be most affected by the urban heat island secondary effect driven by them.

Urban heat stress is a direct threat posed by urban heat islands [2]. Heat waves are responsible for many serious health disorders, and in extreme cases also deaths of people who are particularly sensitive to high temperatures (e.g. the elderly and those with weakened immunity). Increased exposure to high temperatures, combined with the inability to regenerate the body at night (after all, nights in cities are also hot) can result in premature mortality [6].

Usually, people who die by overheating are people unable to protect themselves effectively from it (e.g. with air conditioning). It also turns out that in most cities, a big problem poses the location of poor neighborhoods in relation to urban greenery, which somewhat reduces the effects of heat [6]. The most marginalized economically and socially communities usually live in the least green, and therefore the hottest areas of the city. The heat also results in increased water consumption and, consequently, increase in its prices. This deepens poverty or lowers the quality of life of the poorest social groups (not to mention the ecological consequences of local water shortages).

Urban heat islands are the biggest problem in tropics

Although the problem of increased temperature in cities affects the whole world, China and the United States devote the most attention to this issue [7]. This is where the most reports of the problem come from, but also the most research on ways to reduce its negative effects. 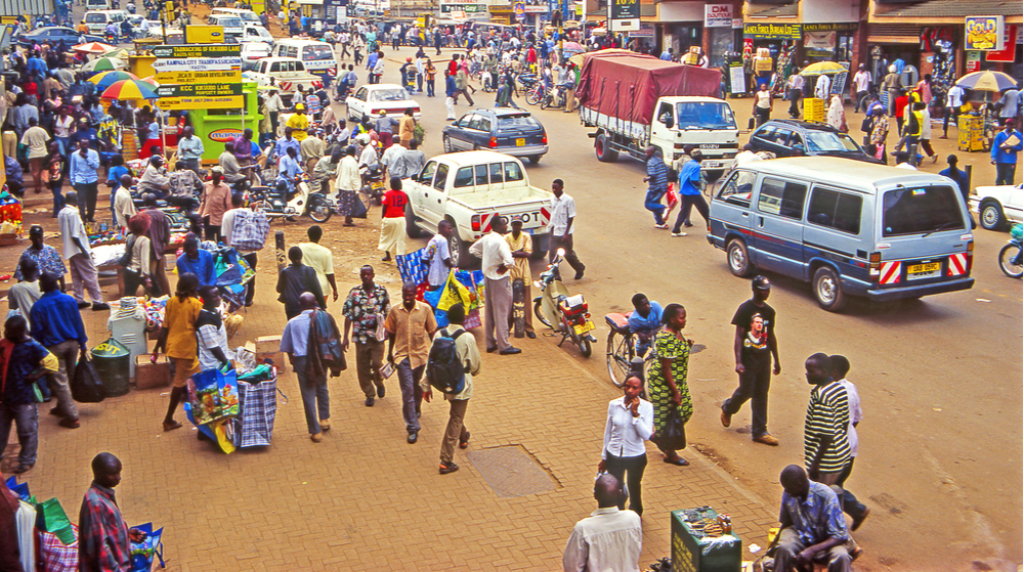 Despite this, urban heat islands may prove to be the biggest problem not for US or Chinese citizens who are already looking for solutions and have some resources for their implementation, abut for very quickly built-up cities in developing countries in the tropical climate zone [8]. Intensely populated urban centers in Africa or southern Asia, where buildings are becoming denser, have a growing problem with mitigating the differences in temperature between rural and urban areas. Tropical climate makes evapotranspiration (evaporation from water, soil and plants), which plays a key role in cooling the atmosphere, difficult to control. While outside the city this process effectively soothes temperatures, among concrete buildings it happens to a minimal extent. In order for such humid, tropical cities to cool down a bit, it would be necessary to “green” them much more (and perhaps even sow them all with lush vegetation) than would be necessary for cities with lower water availability [8].

How to cool down urban heat islands?

Unfortunately, therefore, urban heat islands in the tropics will be much harder to cool than those in the temperate zone. Increasing the amount of greenery in cities is one of the most important aspects of spatial planning aimed at reducing excessive heat retention in the concrete jungle. For this purpose, not only parks are being created, but also vertical as well as roof gardens. The greenery that covers spacious, flat spaces (e.g. roofs) not only cools the air directly, but also prevents it from heating up.

Another element is the design of the so-called cool surfaces. It’s about replacing concrete pavements and asphalt roads with materials with a much larger albedo (reflecting more light) and weaker thermal conductivity [2]. The lighter the color and the more “reflective” and smooth surface – the better. Such cool pavements can also be porous and permeable to retain moisture that can be evaporated while cooling the surface.

When expanding the agglomeration and planning further expansion of urban buildings, it’s important to avoid creating so-called urban canyons [2]. Situation in which the street is surrounded by tall buildings on both sides (imitating a natural canyon) further intensifies urban heat islands. Solar energy is simply trapped between buildings with little opportunity to leave such a street canyon. When planning new buildings, it is important to avoid such situations as much as possible. 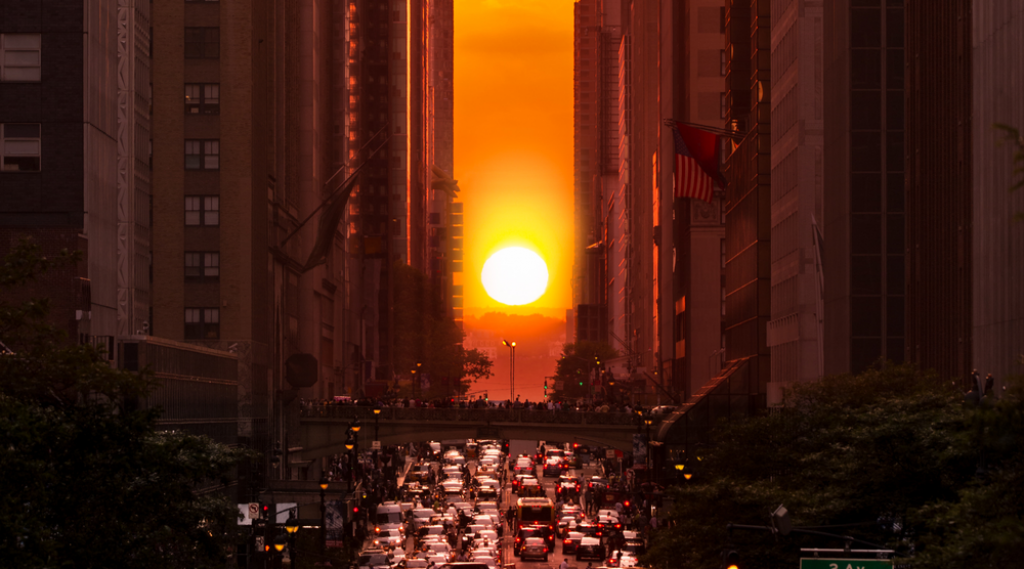 Reducing the risk of urban heat islands is therefore relatively easy if taken into account early enough. Spatial planning should – and in many cases luckily does – take into account the risk that trapped heat poses for the urban ecosystem (of which people are the undisputed part). Let’s remember, however, not to ignore those whos may be the most affected.