Home » cannabis » Coffee with CBD – does such a combination make sense?
cannabishealth

Coffee with CBD – does such a combination make sense?

Emilia Obłuska
348 Przeczytanych 5 komentarzy
ZapiszZapisanoRemoved 0
With the growing popularity of cannabis, and in particular some cannabinoids, more and more sophisticated products with them appear on the market. Coffee with CBD has a special place among them. At first glance, this is a rather strange combination. For people who have basic knowledge about the effects of cannabidiol and caffeine, it may seem even non-intuitive. After all, caffeine stimulates, and CBD calms down. Can these two substances, seemingly contradictory, interact with each other in a desirable manner?

How does caffeine and how does CBD work?

To understand what effects coffee with CBD can have on our body, it is worth to learn the basic effects that caffeine and cannabidiol have independently.

Caffeine sometimes falls into the definition of so-called nootropic drugs, i.e. cognitive enhancers. Above all, however, it’s the most commonly used stimulant in the world. As such, it directly affects the sympathetic nervous system, which is responsible for mobilizing the body in a state of emergency. It’s therefore an inseparable element of the stress response. In adequate amounts, it blocks adenosine receptors, which are associated with the regulation of sleep cycle and feeling of fatigue. Thanks to this, we are energized and concentrated, but we also experience a number of undesirable effects associated with elevated cortisol levels (so-called “stress hormone”).

CBD, in turn, in addition to anti-inflammatory and anti-epileptic properties, has stress-reducing and sedative effects. Moreover, the most commonly observed side effect of using high doses is fatigue and excessive sleepiness. It’s believed that this may be due to inhibition of adenosine reuptake and, consequently, its increased concentration and availability to adenosine receptors. It can therefore be said that caffeine and cannabidiol are substances that in theory level each other out. 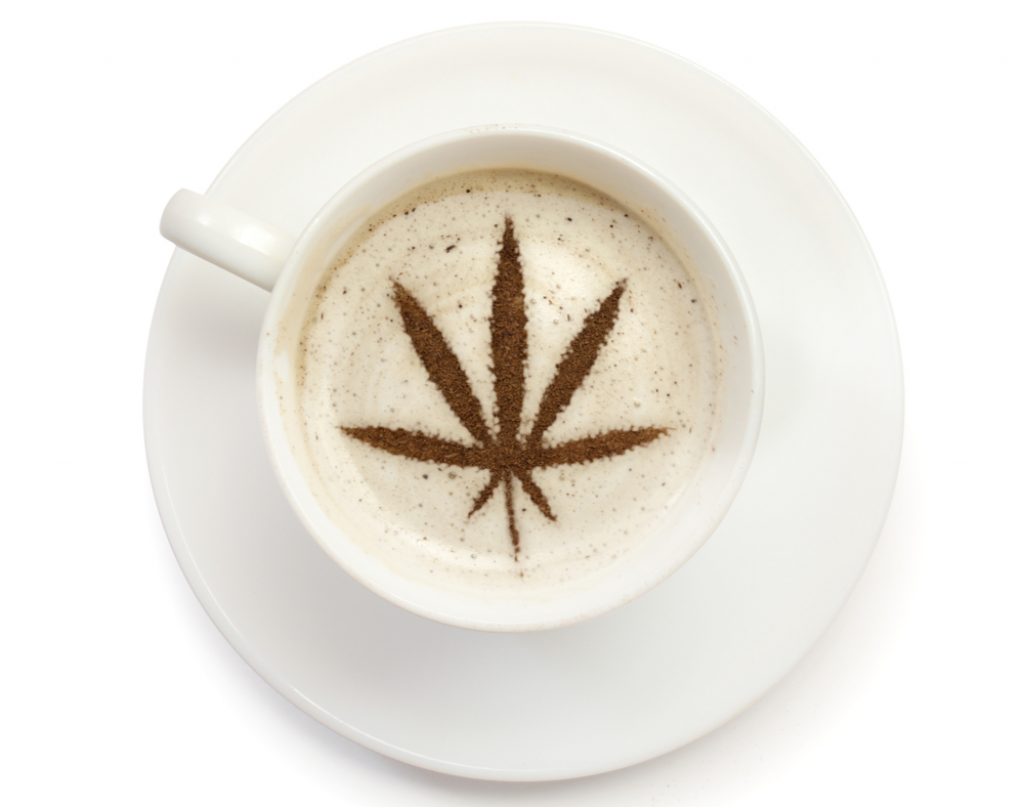 Does CBD in coffe make sense?

CBD is usually added to coffee in small concentrations of several percent. This amount of cannabidiol will certainly not neutralize the stimulating effect of coffee. Caffeine, as an adenosine receptor antagonist, works much more “aggressively” in regulating drowsiness than CBD. What’s more, some cannabinoids, including CBD, gently inhibit caffeine metabolism by blocking the enzymes responsible for it. There is a chance, however, at this time only speculative, that the presence of CBD in coffee will positively affect the duration of caffeine.

If CBD has little or no effect on coffee, can coffee reduce CBD’s health benefits? It’s not known at the moment. Given the many mechanisms of cannabidiol action in the body, caffeine is unlikely to interfere with it seriously. Still, research in this area is too scarce to state anything with certainty. It may be important, however, that CBD itself is best absorbed in the presence of fats, and some of it degrades in the digestive system (that’s why the most commonly used oils are administred under the tongue). Therefore, it doesn’t matter if you drink coffee after using CBD oil, but coffee with CBD has a much smaller chance of achieving the effects expected from cannabidiol than, e.g. CBD oil.

Is coffee with CBD just another marketing trick?

Is coffee with CBD just another sales gimmick? Users say it’s not.

Some, from their own experience, claim that the addition of cannabidiol allows you to enjoy the desired effects of coffee with side effects less intense. Apparently, coffee with CBD stimulates effectively, but much more delicately, without the typical jitter and anxiety. 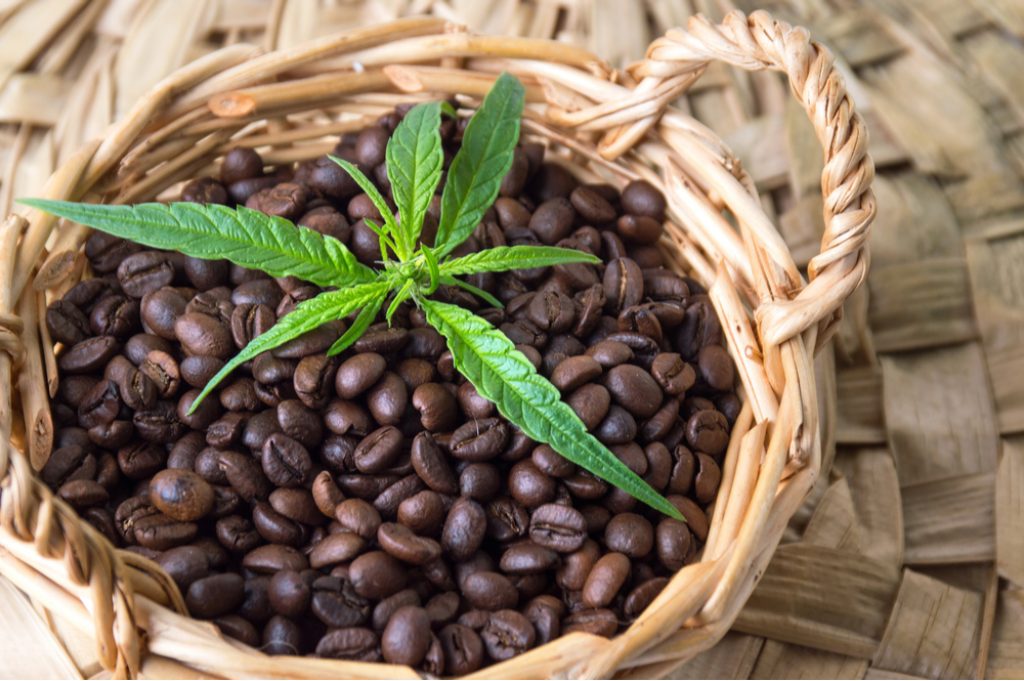 Despite this, apart from anecdotal reports, there are no specific premises to believe that CBD coffee gives better results than coffee alone. However, it’s certainly more expensive. Nothing prevents you from trying whether it works for yourself, but if we have mostly CBD’s benefits in mind, it’s better to stick with oil.